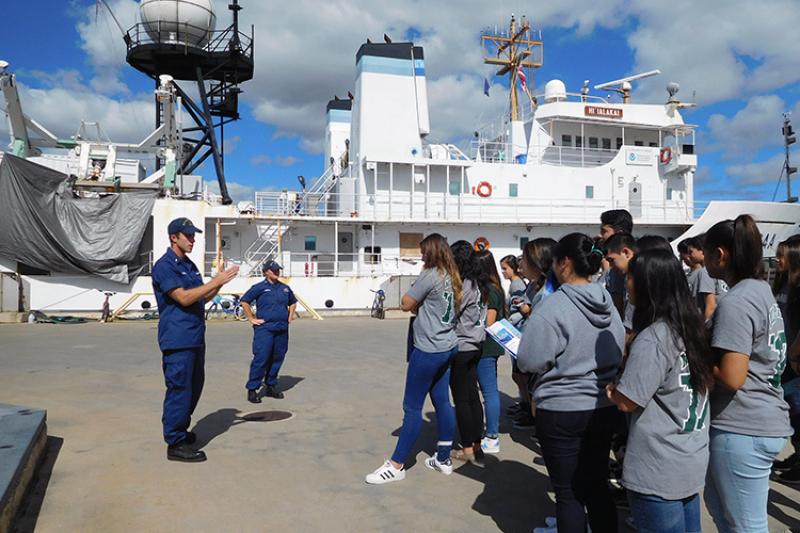 On Friday, January 22, NOAA Fisheries held its first-ever "Science at Sea" event at the NOAA Inouye Regional Center (IRC) on Ford Island, O'ahu. This three-hour affair honored NOAA Teacher at Sea awardee Dr. Suzanne Acord and NOAA summer intern Christopher Lindsay, both of whom recently had the opportunity to work and learn while onboard NOAA Fisheries ships.

A history teacher at Mid-Pacific Institute in Honolulu, Hawai'i, Dr. Acord was part of the NOAA Teacher at Sea program in 2014. This unique program provides select K–12 teachers and administrators with real-world scientific experience while working alongside renowned NOAA scientists on state-of-the-art NOAA research vessels.

This opportunity, she says, changed the way she thinks about teaching history by making her more aware of how history, war, nuclear testing, and humans have impacted the oceans.

Lindsay is a 16-year-old student at 'Iolani School in Honolulu, who won the coveted NOAA Internship award at the Hawai'i State Science and Engineering Fair in early 2015. Lindsay earned this award — his "dream prize" — for his original research involving an inexpensive underwater time-lapse photography system he built.

During his internship at NOAA Fisheries, he developed a new camera system and tested it for three days on the NOAA Ship Hi'ialakai, as the first minor ever allowed on a NOAA ship.

Along with Dr. Acord and Lindsay, about 100 people attended Science at Sea, including NOAA staff, Mid-Pacific students and their chaperone, and representatives from the NOAA Teacher at Sea program, Hawai'i Academy of Sciences and Hawai'i State Science and Engineering Fair, and Senator Mazie Hirono's office. 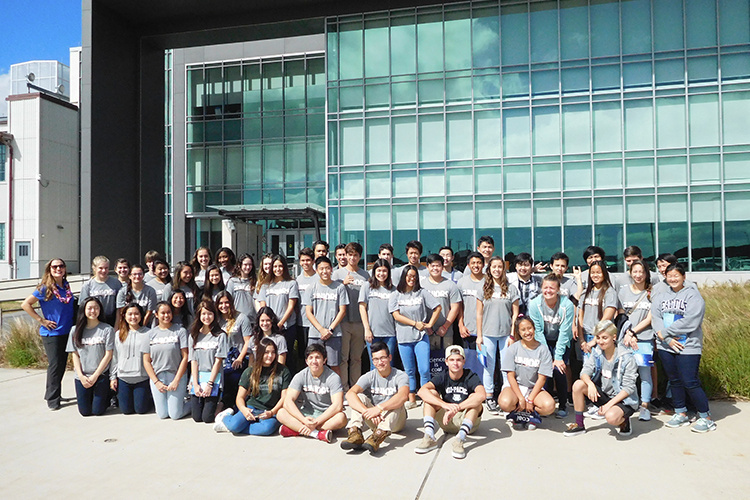 During the opening ceremony, both Dr. Acord and Lindsay gave engaging presentations about their journeys to NOAA and experiences on NOAA ships. Carlos Santana, Senator Hirono's representative, awarded both honorees with a Certificate of Special Congressional Recognition; he also presented Dr. Acord with the NOAA Teacher at Sea program's esteemed Excellence in Science Education Award.

Following the award ceremony, the Mid-Pacific students toured the bridge (command center) and hyperbaric chamber — a pressurized room designed to increase the amount of oxygen in a person's blood to treat decompression sickness, a dangerous hazard of scuba diving — of the Hi'ialakai. 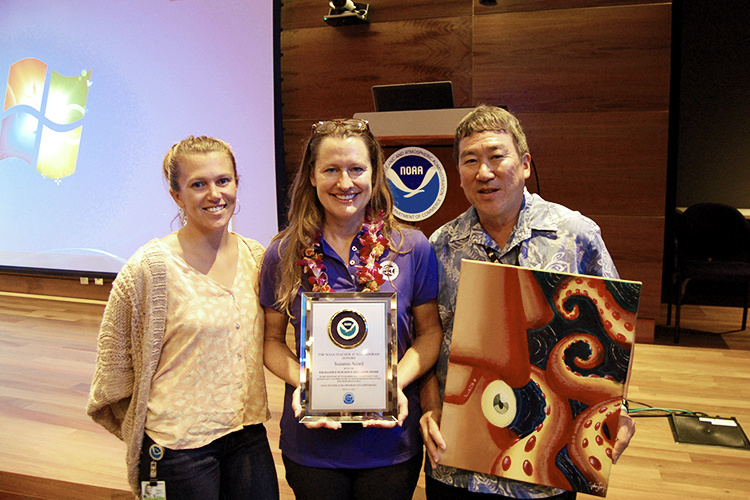 Back in the IRC, the students learned more about Lindsay's project and NOAA Corps careers, as well as about the advanced technology equipment NOAA scientists use to conduct their vital research, such as underwater camera systems, autonomous underwater vehicles, and an unmanned sea surface drone that tracks hurricanes.

As part of a school assignment, the students later provided comments about the event on their class website. 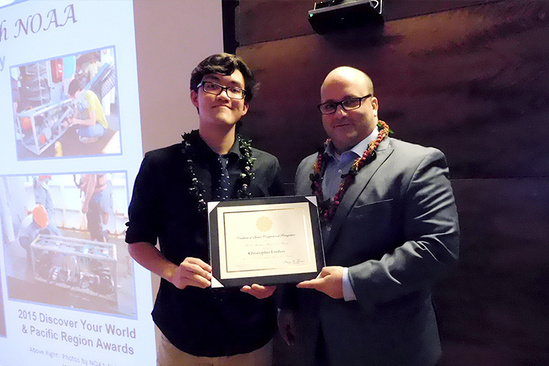 One student found Lindsay's story about his path to NOAA particularly enlightening and meaningful. "It showed me that if you work hard and have passion you can reach your goals," he wrote.

"I thought that the most meaningful takeaway from the field trip to NOAA was talking to the different people who worked there because each person's job was so different but they all worked together to complete the same task," another student commented. "I also got the impression that they would not be able to do their job without everyone else."

Are you interested in doing a Science Fair project in Marine Science? 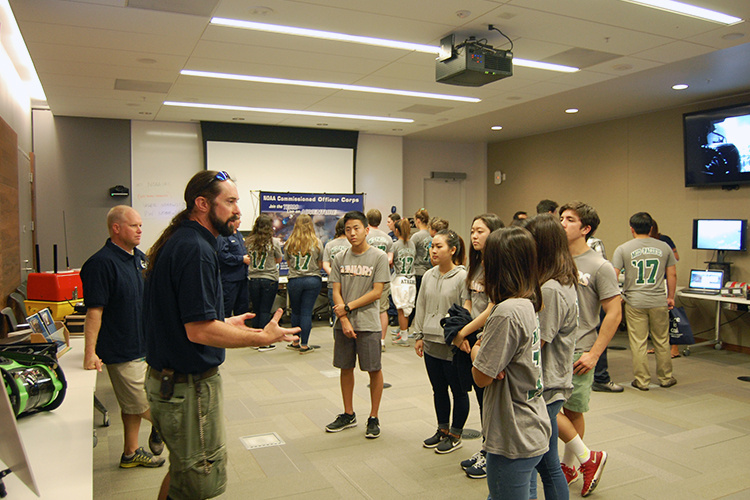 Students learned all about the advanced technologies used by NOAA Fisheries scientists, as well as about NOAA Corps careers.

Match With A Mentor

Contact us to see if we can match you with a NOAA Fisheries researcher in one of these areas. Submit your request via e-mail: pir.education.outreach@noaa.gov.

Last updated by Pacific Islands Regional Office on May 07, 2021