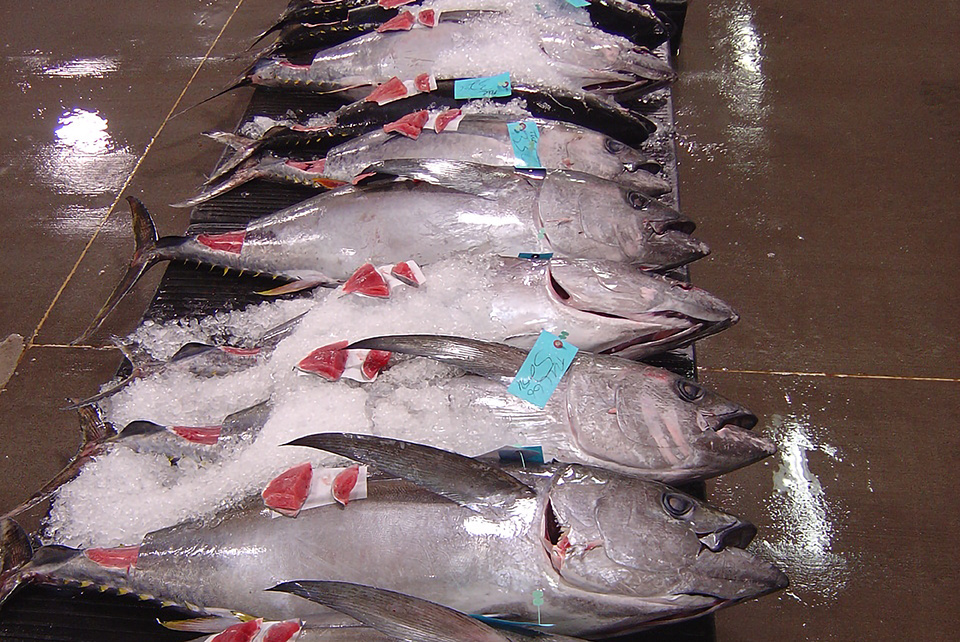 Scientists in the Pacific Islands region published new research that can help predict catch rates in the Hawaiʻi longline fishery. Drs. Phoebe Woodworth-Jefcoats and Johanna Wren found that information about phytoplankton (microscopic algae) can be used to forecast catch rates for bigeye tuna. They used the size of phytoplankton to forecast catch rates for up to 4 years. This information could help advance ecosystem-based fisheries management in the Pacific Islands region.

Scientists can estimate phytoplankton size from satellite measurements of sea surface chlorophyll and temperature. Woodworth-Jefcoats and Wren used satellite measurements from 1998 to 2017. Because the majority of bigeye tuna caught by the Hawaiʻi longline fleet are about 4 years old, they can use the satellite data to forecast catch rates for 2002–2021. They compared these forecasts of catch and weight, based also on fishing effort, to fishery data from 2002 to 2018. The ability to forecast the weight of the catch is particularly encouraging because this fishery is managed on an annual tonnage quota. The scientists will continue updating their forecast and are exploring ways to improve it. 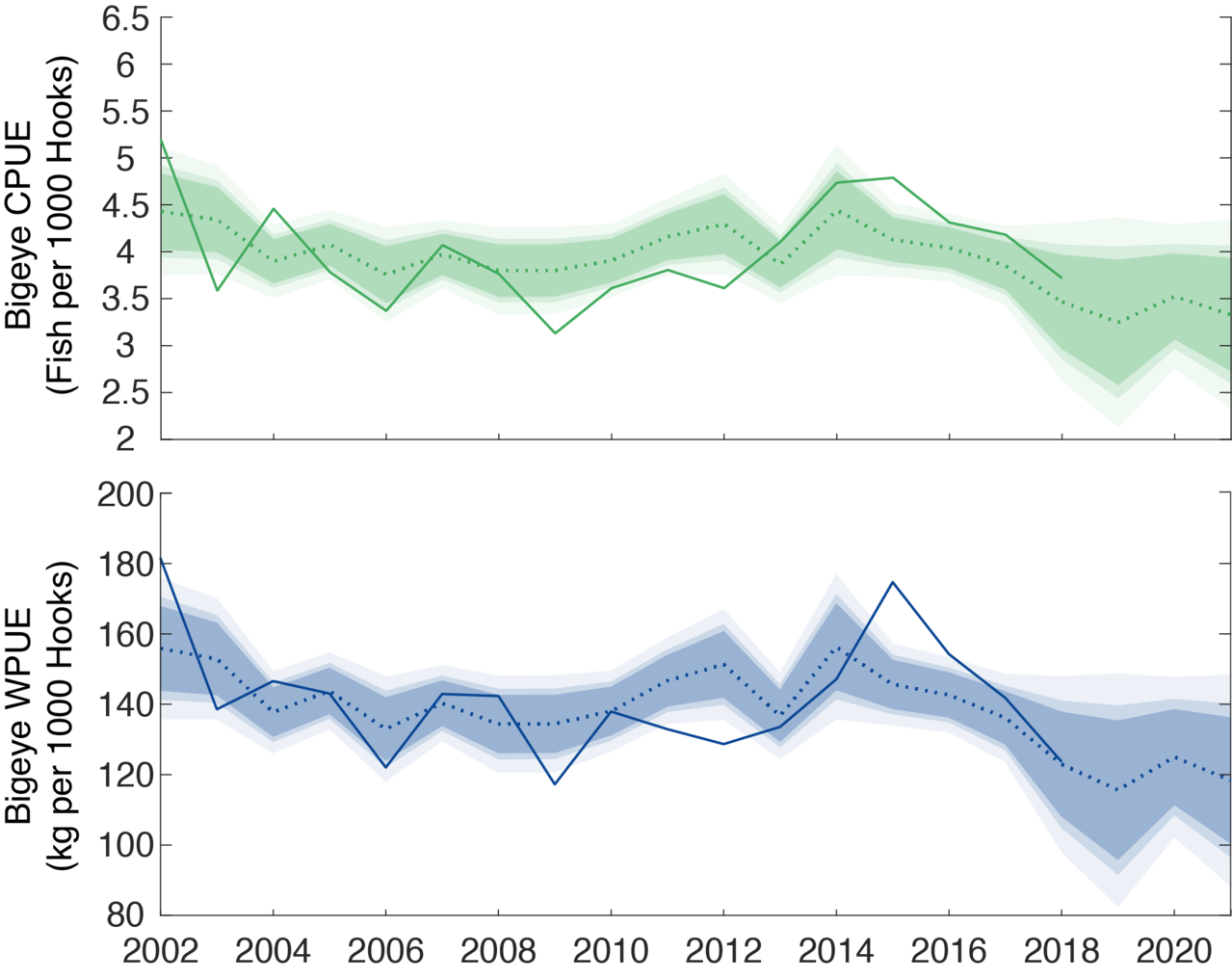 Bigeye tuna catch (top, solid line) and weight (bottom, solid line) for every 1,000 hooks set in the water by the fishery. Dotted lines show the forecast catch and weight, with lighter colors of shading indicating increasing statistical confidence (90%, 95%, and 99%).

This information could help the Hawaiʻi longline fishery plan for the future. Scientists may also use this information to improve stock assessments of bigeye tuna and other species caught by the fishery. Such improvements could be particularly useful for bigeye tuna because research has identified overfishing of some Pacific bigeye tuna stocks in recent years. Knowing in advance how fish populations may fluctuate could help managers and the fishing industry adjust quotas or catch to changing environmental conditions, potentially reducing the risk of overfishing.

The Impacts of Ghost Nets on Coral Reefs

Feature Story ,
Pacific Islands
Pacific Islands
Here you can see the very obvious scar the net has left on the reef. Coral needs a combination of sunlight and food from the surrounding waters to survive. The coral underneath this net has died but hopefully new recruits can settle on this area and repopulate this section of the reef in the future. (Photo: NOAA Fisheries/Steven Gnam).
The marine debris team removing a large derelict fishing net from the reef at Pearl and Hermes Atoll. The impact area of the net can be seen as a pale patch on the coral reef in the upper right corner of the image. Photo: NOAA Fisheries/Steven Gnam.
More News