Social scientists from NOAA’s Northeast Fisheries Science Center are coming to a port near you! The team is visiting fishing ports in the region to collect information that can help improve our understanding of how fishery actions and conditions affect the lives of fishermen, their families, and communities. 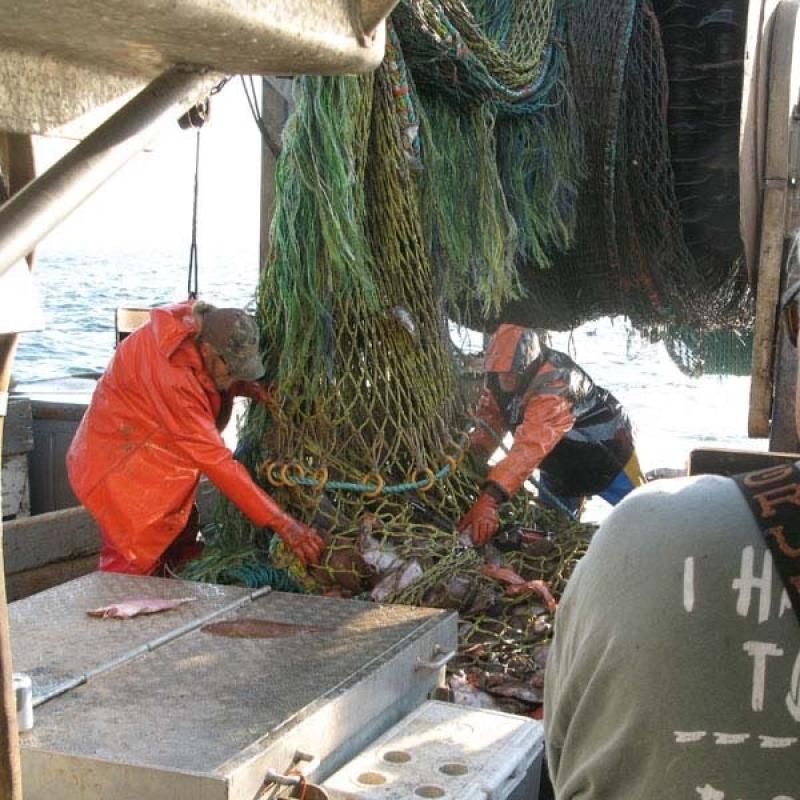 Social scientists from NOAA’s Northeast Fisheries Science Center are starting on their planned spring visits to fishing ports in the region to talk face-to-face with the workers so crucial to commercial fishing operations: crew and hired captains.

A team of researchers will be coming to ports throughout the region into the summer, collecting a range of information that can help improve understanding of how fishery actions and conditions affect the lives of fishermen, their families, and communities.

This is the second year of the effort, which has so far collected more than 250 surveys completed by crew and hired captains working in Maine, New Hampshire, Massachusetts, Rhode Island, New York, and New Jersey. For the next few months, the team plans to concentrate their survey efforts in Virginia, North Carolina, New York, New Jersey, and Massachusetts.

“I want to take this chance to thank all who have participated. Your willingness to share greatly expands our knowledge and understanding of social and economic issues that matter to the lives of those who work on our waterfronts,” said Lisa Colburn, a social scientist at the Science Center who is leading the project.

Crew are among the least documented workers in commercial fishing operations, and there is no ready list or database of crew members from which to work. To find out more, Colburn and her team designed a relatively simple survey. Interviewers will collect responses to survey questions in person from willing crew members. Paper copies of the survey will also be available, to fill out and mail in when convenient. 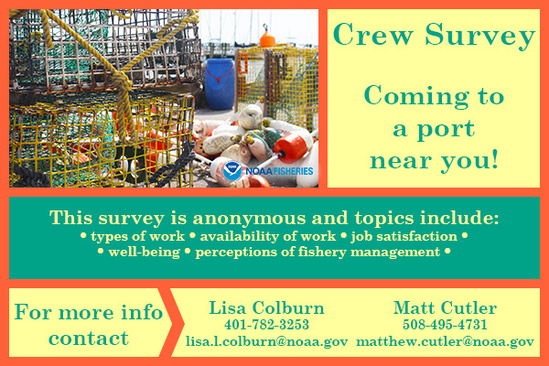 Surveyors are focusing on Mid-Atlantic and Massachusetts ports during spring 2019.

What Researchers Want to Know

“To help fishery managers understand how regulatory actions affect people in the fishing business, we need data,” said Colburn. “We are also trying to ensure that we hear all voices. There’s just not enough data now on crew, including hired captains.”

Instead, the survey focuses on topics such as recent work, typical fishing activity in a year, availability of work, types of work, fishing income, perceptions of fishery management and ability to participate in those decisions, job satisfaction, and well-being. It also gathers demographic information.

This effort is one piece of a larger Science Center effort to gather information about people who rely on commercial fishing for a livelihood, and the second to focus on crew, including hired captains. The first was in 2012 and 2013.

The team revised the 2018-2019 survey based on results from the first effort. It’s shorter, with fewer questions, and takes about 10 minutes to complete, compared with 30 minutes or more required to complete the earlier survey.

The number of ports on the list is larger than before, about 50. However, effort at each port is proportional to the social and economic importance of fishing. That means the team needs to collect data in different seasons and from crew that work in different fisheries, on vessels that vary in length and in gear type. The goal is to get about 450 responses across major ports and fisheries.

Typically, there would be some kind of contact list to start from when planning a survey. Lacking that, interviewers try to time their efforts to be in places where crew are most likely to be available and not busy working. It isn’t easy to get that timing right, and sometimes people are just reluctant to participate.

“The best method we have found,” said Colburn, “is to go where crew are likely to be and do all we can to get information out ahead of time about what we are doing, why we are doing it, and how vital this information is to building a more complete picture of what is actually happening among fishing people and their communities.”