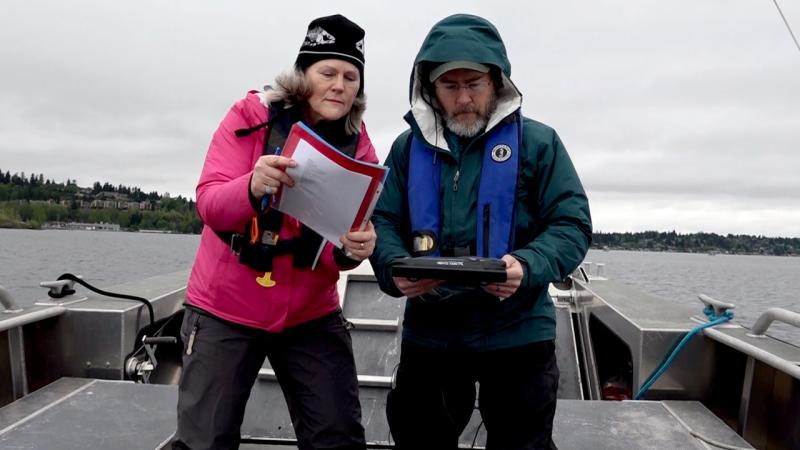 Neither rain nor salt spray, or even fish slime keeps scientists from collecting data crucial to successful management of Alaska’s fisheries.

The computers used to record these data, however, have not been so unstoppable.

Now an innovative use of automated speech recognition technology will help scientists improve the way they collect essential biological information while working in Alaska’s notoriously turbulent seas and weather. 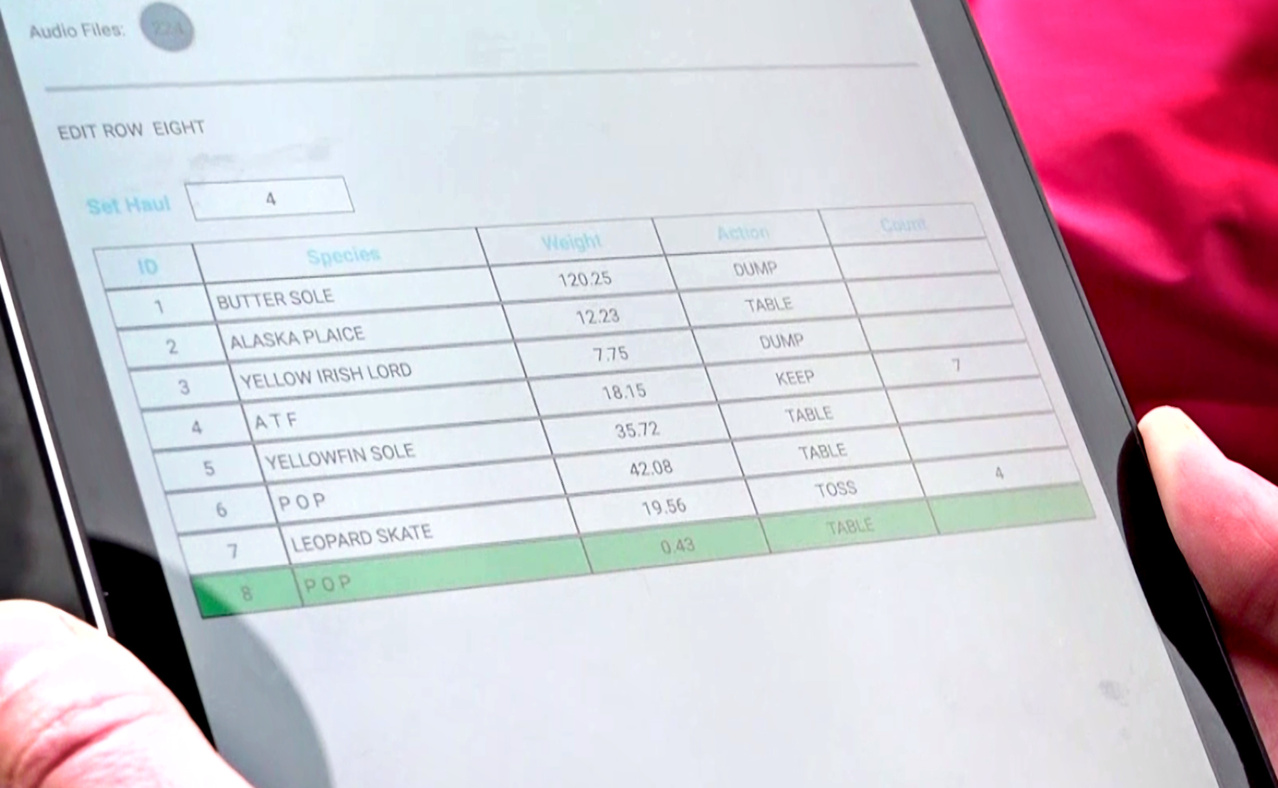 Using voice recognition software to enter data on a tablet.

During surveys, scientists need to process samples and record data quickly on the exposed decks of commercial fishing boats.

“We need to identify, sort, and weigh species quickly during the surveys as all further data collections and processing relies on this to be completed first. It is a choke point. We need to be able to record information quickly and accurately,” said NOAA Fisheries scientists Alison Vijgen, who is leading a team that is developing a speech recognition application for the surveys.

Until 2013, scientists wrote data on paper forms as they worked. To streamline the process, in 2013 they purchased off-the shelf tablets to digitally record the data. The tablets were much more efficient—but had some challenges in the field.

“We took the tablets out to sea. They were getting hit with salt spray, rain, and lots of fish slime. They started to act erratically and freeze up,” Vijgen said. “So we began looking into ways to interact with the tablets without touching them. It was natural to turn to voice recognition.”

Vijgen’s team began working with TAM (Think A Move, Ltd), which specializes in voice recognition software in noisy environments. They wanted to develop an application for Alaska fisheries surveys.

“Besides a wet environment, our tablets have to contend with a very noisy environment—engine noise, wind, machines, and lots of voices. TAM had the capability to develop voice recognition software to meet our needs,” said Vijgen.

Scientists now have the ability to quickly and accurately record species identification, count, weight, and the fate of the samples, all hands-free. The application is currently enabled for 350 species most frequently encountered on our surveys. However, soon we will be capable of incorporating the nearly 3,000 species we encounter in Alaskan waters from our trawl surveys.

The team is continuing to fine-tune the application to determine the optimum voice recognition interface. They will determine what approach is most efficient, what people like better, and what is easiest to learn. But for now, the current interface is working well and is ready for action.

“We have conducted tests on three boats with eight different people so we could test different voices. The response has been very positive. But these have all been scripted tests—we have not deployed it on our groundfish surveys for rigorous field testing. That’s our goal now, to try it on our summer surveys, put it through its paces, and see how it fares in a more realistic environment,” says Vijgen.

If it goes well this summer, Vijgen has bigger plans for the application. “We will expand to other data collection. It could be used for recording lengths and other information. We will have an effective hands-off technique for entering biological survey data.”