Survey to Track Whales and Dolphins in the Mariana Archipelago

From July 9 to August 1, our researchers will conduct the Mariana Archipelago Cetacean Survey aboard the NOAA Ship Sette.

There is more than one way to find a whale. From the deck of a boat, you might spot them surfacing for air, exhaling from their blowholes, or perhaps performing a fluke-up dive as they return to the deep. But what about all of the whales that pass by without surfacing? Or the ones that are too hard to see in rougher waters? For whale and dolphin researchers, detecting all of the animals is imperative to gaining a true count of the population. That is why they don’t just look—they listen. 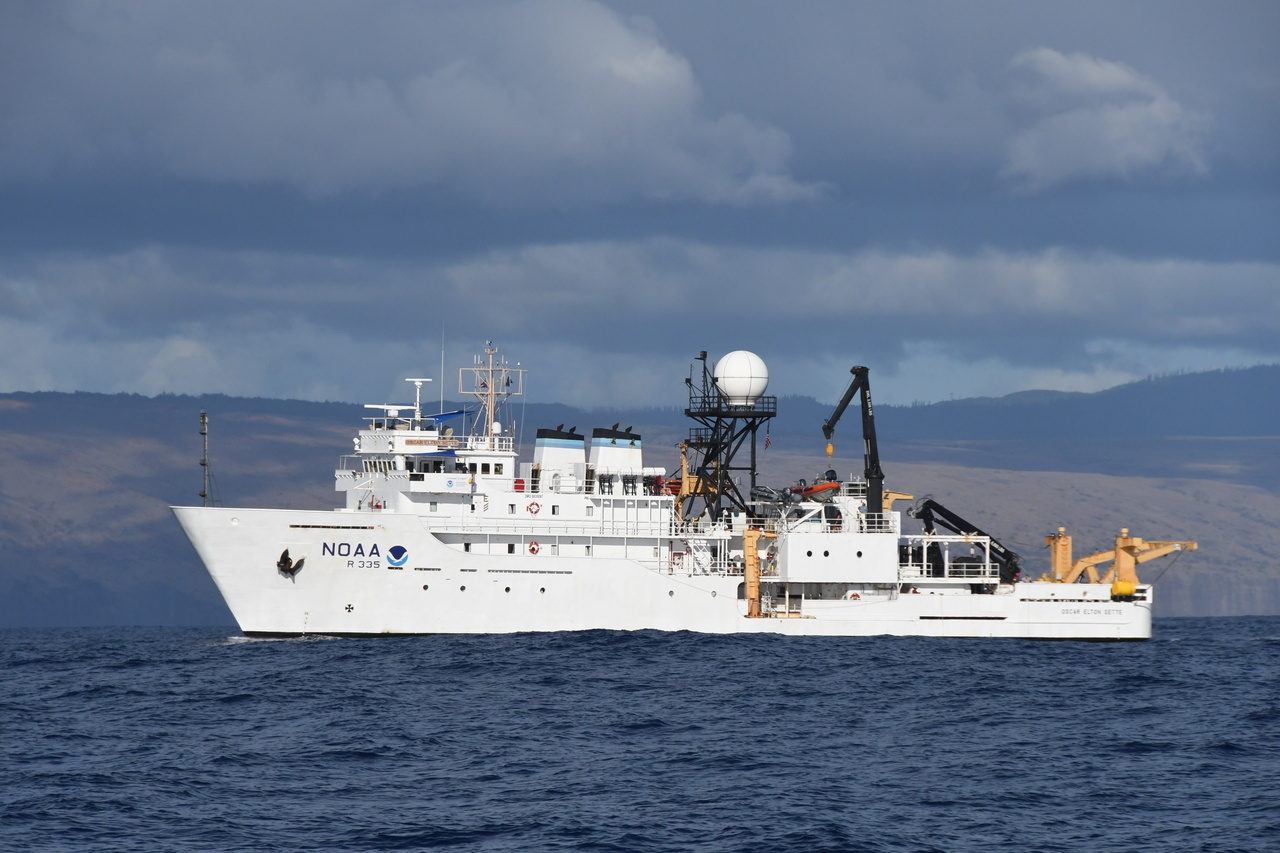 From July 9th to August 1st, our researchers will conduct the Mariana Archipelago Cetacean Survey aboard the NOAA Ship Oscar Elton Sette. Scientists will use the data they collect to understand the connections between whales and dolphins found offshore and nearshore of the Mariana Islands. They will also discover connections to other populations of the same species in the Pacific Ocean and around the world.

We have been conducting research around the southern islands of the Mariana Archipelago since 2010; however, very little is known about cetaceans in the offshore waters of the Mariana Islands. In 2015, the MACS circled each of the islands in the Mariana chain. The goal was to understand which islands hosted local populations of dolphins and whales and to understand the distribution of more wide-ranging species. This year, we are focused on open-ocean waters extending west from the archipelago out to the West Mariana Ridge, and from Guam in the south to Pagan in the north. 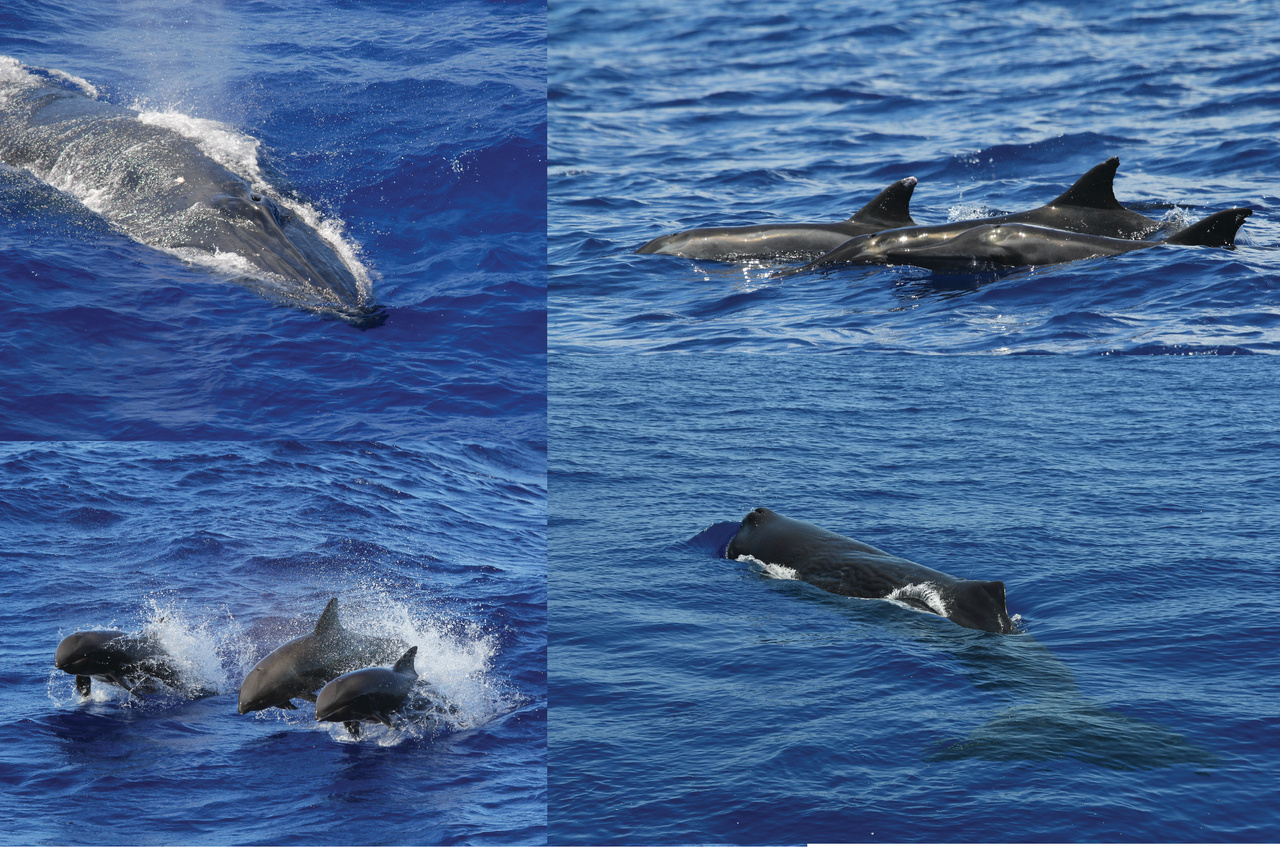 Last year, we had great success during the Hawaiian Islands Cetacean and Ecosystem Assessment Survey, when we deployed Drifting Acoustic Spar Buoy Recorders to collect acoustic data. This year, we will focus primarily on the deployment and recovery of recorders to estimate density and abundance of beaked whales and other cetaceans. Over 24 days, the crew on board the Sette will deploy multiple recorder units and let the instruments drift with the current for several days. Each unit includes a hydrophone and a recording device, which will record sound while it floats and travels with the current.

These recorders are advantageous in several ways: 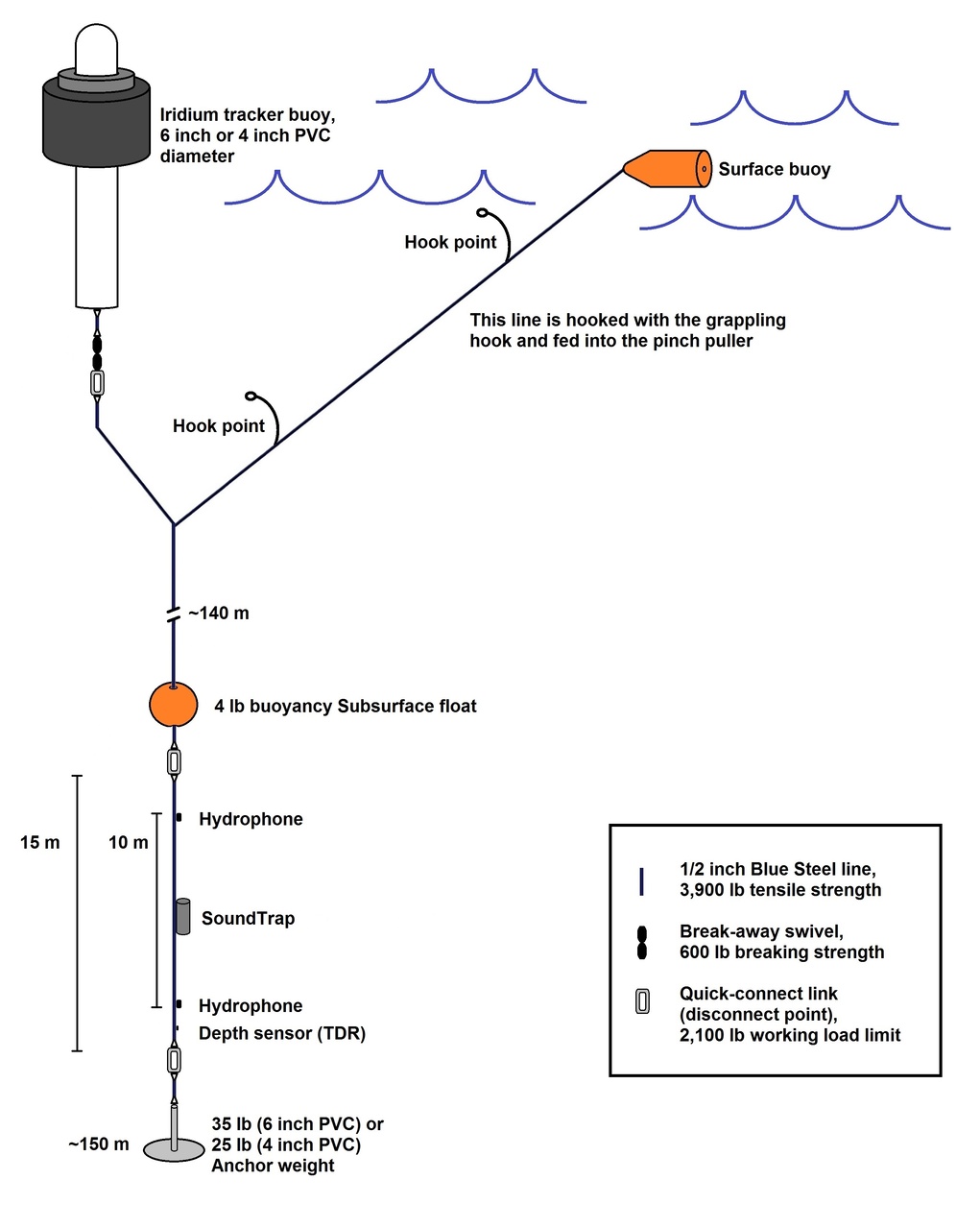 Between recorder deployments and recoveries, we will watch for cetaceans and collect photographs and biopsy samples from the groups we see. These data will be used to help inform the design of a large-scale survey planned for the Mariana Archipelago in 2020. 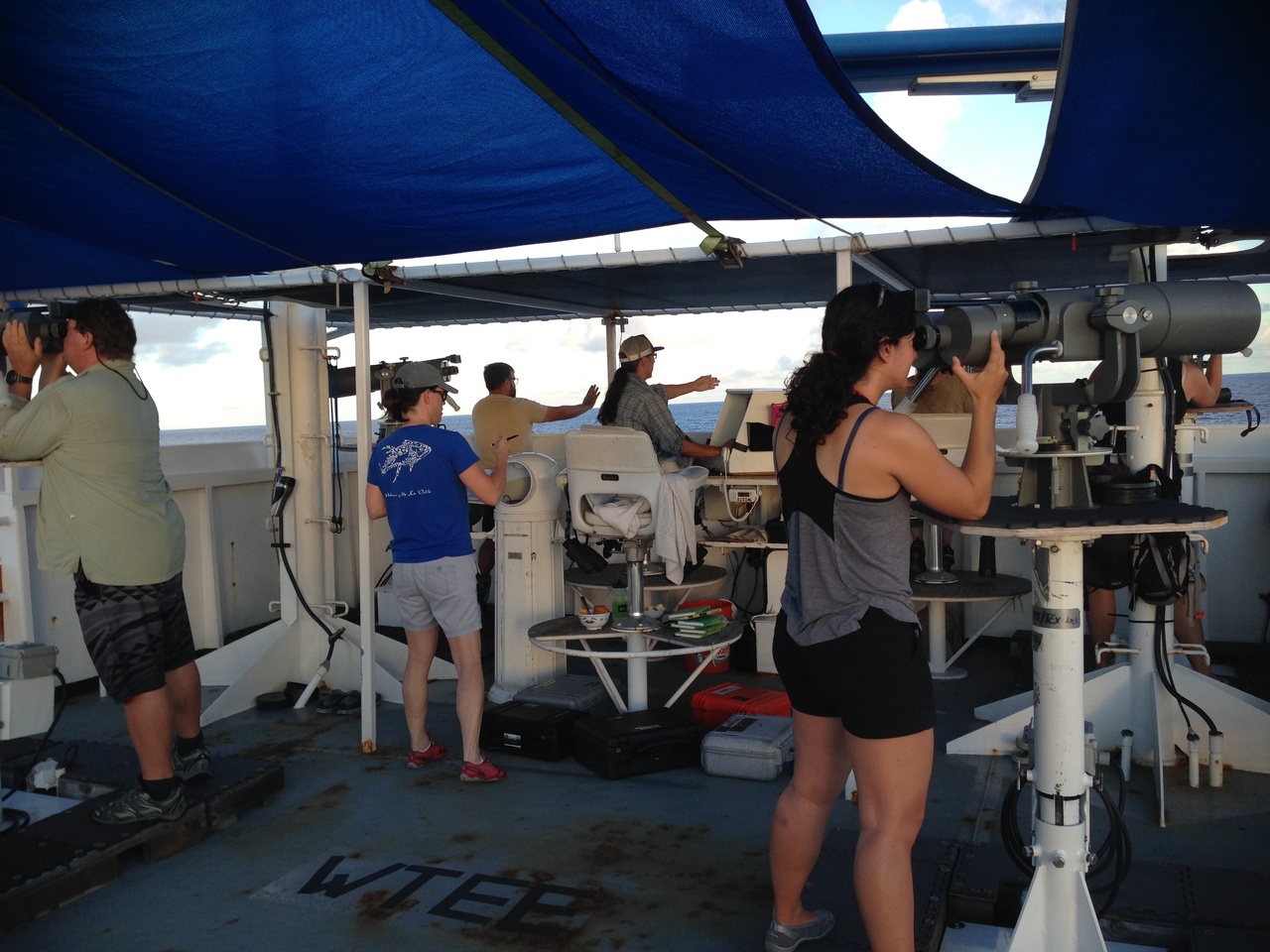 Visual observers search for cetaceans with high-powered binoculars on the flying bridge of the NOAA Ship Oscar Elton Sette.