Once harvested at too high a rate, Atlantic bluefin tuna today are not subject to overfishing thanks to our comprehensive, sustainable management. 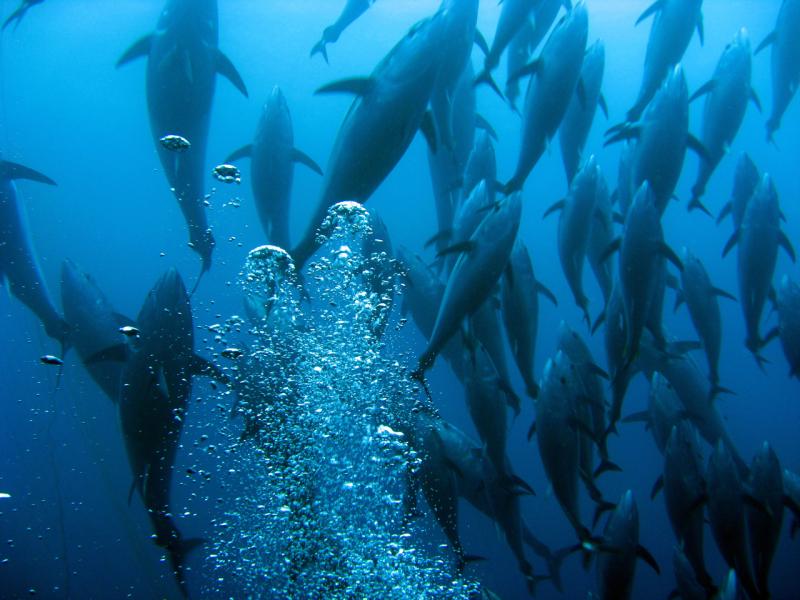 Bluefin tuna is often used as a poster species for the impacts of overfishing. But we have good news for seafood lovers eyeing bluefin sashimi at their local sushi restaurant: U.S.-caught Atlantic bluefin tuna is a sustainable food choice.

Bluefin tuna are some of the most valuable fish in the Atlantic. In 2017 alone, U.S. commercial fishermen generated an estimated $9.6 million in revenue from harvesting bluefin. That year, fishermen earned an estimated $6.45 for every pound of bluefin they harvested–more than any other Atlantic tuna. 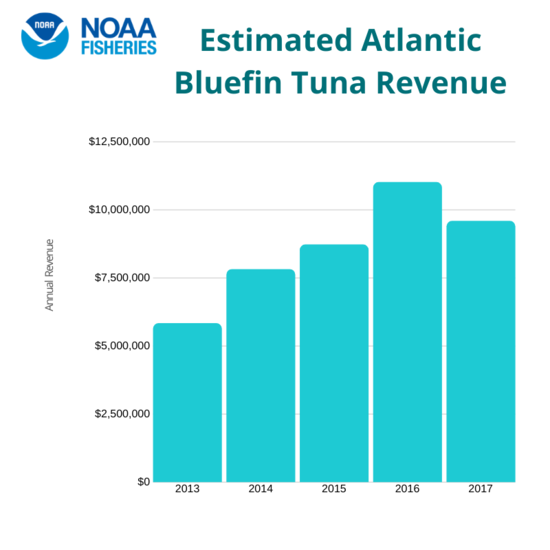 That value may sound low to those who’ve read about bluefin selling for millions or watched popular fishing shows touting higher prices for this species. As with any product, the value of bluefin will fluctuate with demand, quantity, and quality. Commercial marketing and traditions like celebrating the first bluefin purchased each year can also drive up prices in limited situations. But the million-dollar price tags occasionally reported are far from the norm. In fact, the median value a bluefin tuna in 2018 was just over $2,000. 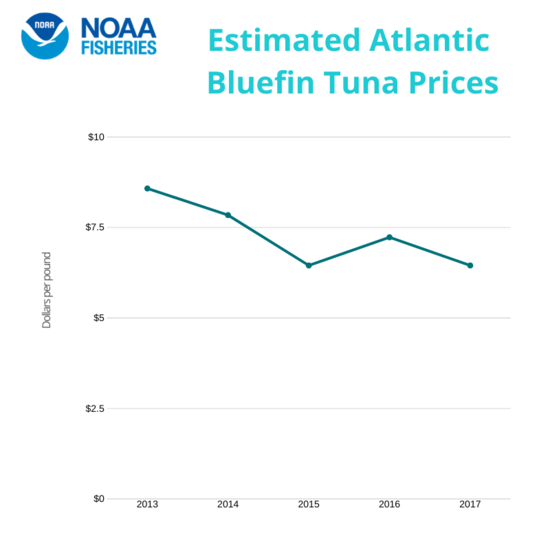 Atlantic bluefin tuna are also a coveted recreational species that support millions of dollars in economic value each year. A 2015 study conducted by the Virginia Institute of Marine Sciences analyzed recreational anglers’ willingness to pay for bluefin tuna trips. The results showed that the private boat bluefin tuna fishery had an estimated value of $14 million that year.

We want to ensure the demand for Atlantic bluefin tuna doesn’t lead to overfishing. That’s why we oversee, in collaboration with the international community, one of the most comprehensive and responsive fishery management systems in the world. For example, our rules restrict commercial fishermen targeting bluefin to hand gears like rod and reel and harpoon. We also enforce retention limits specific to gears, locations, and fish sizes and close commercial fisheries seasonally throughout the year if needed.

“Our management approach balances the health of fish populations with the need to provide as many commercial and recreational fishing opportunities as possible,” said Randy Blankinship, who leads the group responsible for managing bluefin tuna in the Atlantic. “Seasonal closures and retention limits are important tools to maintain that balance. They can allow us to extend fishing opportunities throughout the year without causing overfishing.”

The Individual Bluefin Tuna Quota Program creates an economic incentive for fishermen to use their expertise to avoid interactions with bluefin. It applies to fishermen targeting swordfish and other tunas with pelagic longline gear. Every bluefin landed or discarded dead is deducted from a vessel’s account balance. This balance has to stay above a minimum amount in order to pursue the desired species. If a vessel falls below its quota, it won’t be allowed to set off on a longline fishing trip unless the owners lease some quota from others in the fleet.

Since it was implemented in 2015, the program has reduced the average annual bluefin bycatch by 65 percent—or more than 330,000 pounds—compared to the three years before. That success comes from making commercial fishermen accountable for reducing bluefin bycatch. It’s also why we are now exploring lifting now redundant limits on where vessels can fish.

We’re also considering changing when Gulf of Mexico fishermen are required to use weak hooks. These are designed to reduce bluefin bycatch but have been shown to actually increase unintentional white marlin catches. Our proposed changes would balance these impacts by requiring weak hooks only when bluefin tuna are more likely to be in the Gulf.

Every Atlantic bluefin tuna caught through the program or in any other domestic fishery is fitted with a uniquely numbered tag specific to the dealer who bought it. Exported tuna are also assigned an identification number by the Electronic Bluefin Tuna Catch Documentation System. All bluefin tuna brought into the United States from any other country are entered into the system as well. These tools allow us to trace Atlantic bluefin tuna—regardless of where it was caught—from vessel to market.

We see the impacts of our sustainable management in population assessments. A 2017 report from the International Commission for the Conservation of Atlantic Tunas (ICCAT) indicated that the western Atlantic bluefin tuna stock is not experiencing overfishing. The stock’s overfished status is unknown due to scientific uncertainties. However, scientists estimate that the total weight of the western Atlantic bluefin tuna stock has been increasing since approximately 2004.

Tunas are some of the most valuable fish in the Atlantic. To keep stocks sustainable despite this demand, we oversee a range of science-based requirements. 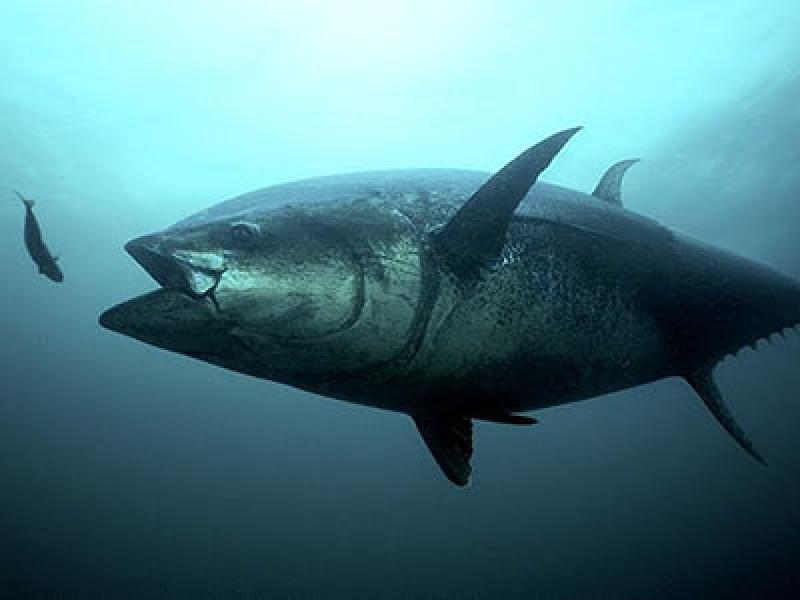 Last updated by Office of Sustainable Fisheries on September 03, 2020