Based between Los Angeles and San Diego, Eric Chavez works to conserve fish habitat in Southern California. In this Q&A, he discusses his role as a Marine Habitat Resource Specialist with NOAA Fisheries’ West Coast Regional Office in Long Beach, California. 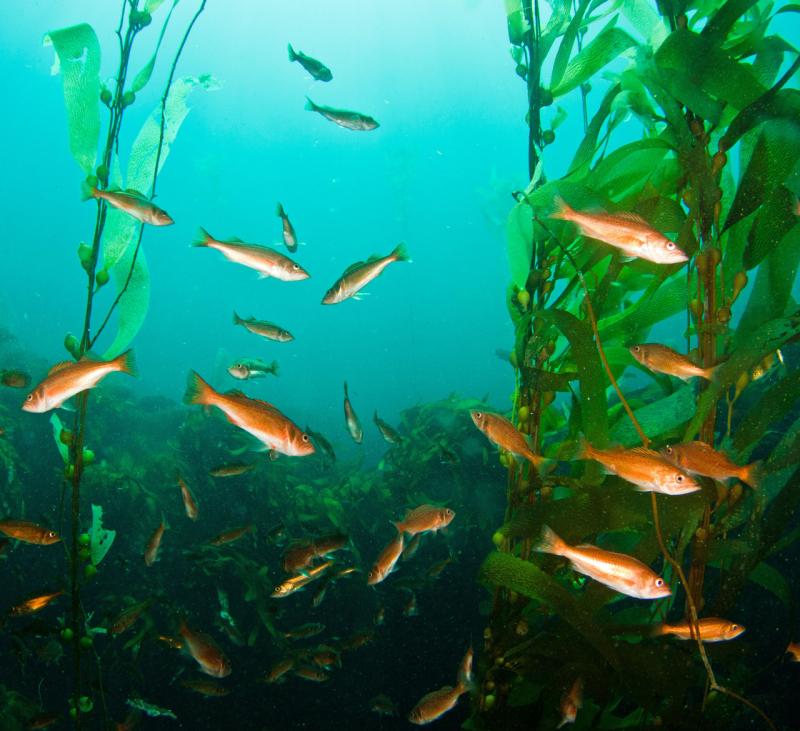 This year is the 20th anniversary of Essential Fish Habitat. Why should we be excited?

It’s exciting to look at where we were, where we are, and where we’re going. These types of anniversaries are a good time to take stock of what you’ve done and evaluate whether or not we’ve made progress. And we certainly have.

Although we have plenty of challenges ahead, including effects from climate change and invasive species, we’re gaining new information and technology to tackle them. We also have motivated, informed stakeholders involved, and essential fish habitat (EFH) is a great tool to bring those people together and work towards solutions.

What is your role as a marine habitat resource specialist?

One of my primary roles is conducting EFH consultations. During the EFH consultation process, NOAA Fisheries staff works with federal agencies to help them reduce the adverse effects of their actions on habitat for federally managed fisheries. We consult on a wide spectrum of coastal and marine activities, ranging from large military projects and port development projects down to individual dock construction.

For instance, I’ve consulted with the Navy on large scale military exercises, where their actions might have a number of different impacts on EFH. The Navy agreed to map the habitat within the area ahead of time to identify sensitive habitats and then incorporate those data into their procedures to avoid impacts. The Navy also agreed to identify specific zones for their exercises and mitigate for impacts within those zones.

I’m also engaged in various groups that further habitat conservation efforts outside the EFH consultation process. For instance, I’m a long-time member of the Port of San Diego Environmental Advisory Committee, a diverse group committed to protecting and improving the environmental conditions of the San Diego Bay by enacting a number of efforts, including fishery inventories, research projects, and environmentally preferable hull paint alternatives development.

How do you cultivate relationships in order to conserve habitat?

EFH objectives are easy to get behind: habitat conservation is important for sustainable fisheries, and these habitats contribute to a healthy ecosystem. People realize the value in that.

We also have strong relationships going back decades with some of our federal agency partners, such as the U.S. Army Corps of Engineers Regulatory Program. Our focus is often on maintaining those relationships through close coordination and a solution-oriented approach, both within and outside the EFH consultation process.

Those long-term relationships and close coordination have helped other agencies understand EFH and know that NOAA Fisheries is recommending reasonable conservation measures. As a result, most projects have already planned for avoidance and minimization of adverse effects by the time we see them. For example, if you see a pier reconstruction from the Navy or Port, you will often see it intentionally designed to avoid eelgrass habitat, or the overall footprint has been reduced.

Can you give some examples of the types of projects that you work on?

We are working with the California Department of Transportation (Caltrans) on the Interstate-5 widening. The project will impact a series of unique lagoons that are designated as estuarine habitat areas of particular concern for various groundfish species. NOAA Fisheries has been part of a multi-agency workgroup dedicated to ensuring this important project is carried out in an environmentally appropriate manner, since its inception. As a result of our coordination with Caltrans and the broader workgroup, this project will include a major lagoon restoration, among other forms of mitigation.

A recent EFH consultation for a rocket launch and at-sea landing resulted in a positive outcome that adheres to the sequence in the EFH regulations to avoid, minimize, or otherwise offset adverse effects. Specifically, the at-sea landing of the rocket is located to avoid sensitive habitats. It will minimize the amount of debris lost to the ocean through a careful recovery and documentation process, and any unrecoverable debris will be offset by contributing funds to a marine debris removal program here in California.

We have also accomplished a great deal through our relationship with the Navy and Port of San Diego. Their proactive work is above and beyond any sort of EFH regulatory obligation. For example, the Port of San Diego and the Navy have combined funding to perform bay-wide eelgrass surveys within San Diego Bay, and it’s resulted in some of the best long-term, system-wide data that we have in Southern California. The Port has also conducted extensive marine debris removal efforts within San Diego Bay. In addition, a while back the Navy used dredged sediment to create a habitat enhancement site within San Diego Bay. Working in coordination with us, they put the material in an area that promoted the growth and establishment of eelgrass.

Is there a specific project that you are most proud of ?

I’d say that I’m most proud of the overall impact we’ve had on other agencies recognizing the value of habitat, and their consideration of EFH when developing a project. You go into any of these circles, whether it’s the Port, or the Navy, or the Corps, and they know about eelgrass, kelp, and rocky reef habitats, their importance to managed species, and where they’re located. We always have a seat at the table with these groups to get those messages across, because we have done a good job conveying the importance of our trust resources, backing everything we’ve done with science, and taking a reasonable approach.  I’m most proud of the overall shift in mentality, and folks recognizing the importance of what we’re trying to protect.

K-12 students showed us the beauty of sharing the shore and sea with marine wildlife in the 2022 Share the Shore & Sea Youth Art Contest. “Whale watching” by Asa P., Grade 8, Hawai‘i