Winners of the Dr. Nancy Foster Award must demonstrate exceptional achievement and dedication to habitat conservation in the coastal and marine environment. 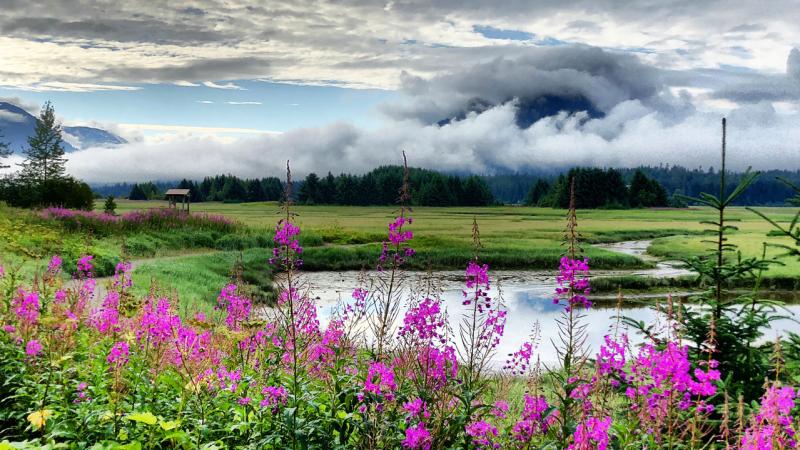 NOAA is thrilled to announce that two natural resource leaders, one from Florida and the other from Washington State have earned the prestigious NOAA Fisheries 2018 Dr. Nancy Foster Habitat Conservation Award.  They were honored on December 10, in Long Beach, California, at the 9th National Summit on Coastal and Estuarine Restoration and Management. 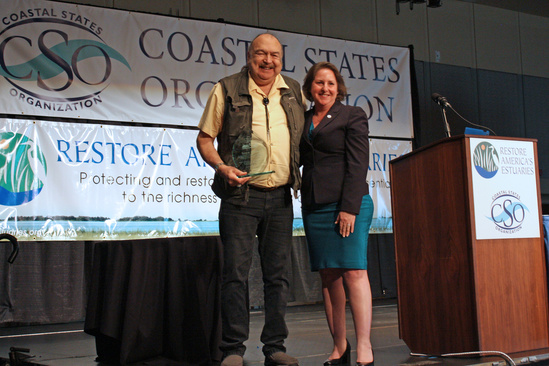 Winner, Terry Williams, has served more than thirty years as a habitat conservation leader through numerous pivotal roles, most recently as the Commissioner of the Natural Resources  Treaty Rights Office for the Tulalip Tribe in Washington State.  He is a tribal advocate and builder of solutions, resolving conflicts benefiting federal, international, and non-tribal communities.  Mr. Williams helped found and serve on the Northwest Indian Fisheries Commission, and he served on both the Pacific Fishery Management Council and the Pacific Salmon Commission.  He was instrumental in developing the first Puget Sound Salmon Management Plan advancing innovative management approaches.  Later, he helped establish the Puget Sound Partnership and the Snohomish County Sustainable Lands Strategy that have tackled critical issues for the recovery of Pacific salmon. Nationally, he has held key positions for the U.S. Environmental Protection Agency establishing the American Indian Environmental Office in the mid-1990’s. He also represented indigenous people for the Department of Interior on the U.S. delegation to the United Nations Convention on Biological Diversity.

Winner, Dr. Brandt Henningsen, has been an environmental scientist and a visionary for coastal habitat conservation and restoration in Florida’s Tampa Bay area for over thirty years. Serving as Chief Advisory Environmental Scientist with the Southwest Florida Water Management District, Dr. Henningsen’s work has become a national model for successful estuary programs.  He helped revitalize and reshape the landscape of Tampa Bay restoring over 4,600 acres of habitat through nearly one hundred coastal ecosystem restoration projects.  These projects made significant progress addressing the loss of habitat and the need for improved water quality for fish and wildlife in the Bay.  He has also been a partner on shared priorities with the NOAA Restoration Center for over fifteen years.  Dr. Henningsen’s nomination was enthusiastically supported by several recommendations from the federal government, state agencies, and non-governmental organizations.

Winners of the Dr. Nancy Foster Award must demonstrate exceptional achievement and dedication to habitat conservation in the coastal and marine environment.  NOAA thanks the American Fisheries Society who has been a strong partner in this award for many years.

The 2018 awardees join twenty-two previous winners. Dr. Nancy Foster won the first award in 1997 for creating NOAA’s Office of Habitat Conservation, Restoration Center, and Chesapeake Bay Office.  Dr. Foster served as a visionary leader during her twenty-three years at NOAA until her death in 2000.   NOAA’s habitat conservation work spans some of the largest and most valuable ecosystems on Earth and supports the nation’s fisheries, protected species, and coastal communities.

Last updated by Office of Habitat Conservation on December 20, 2018