What’s the Value of a River?

How we value natural resources changes over time. Once a source of hydropower, and then easy disposal of waste products, today the Raritan River in New Jersey has many supporters working to return it to a more natural state. 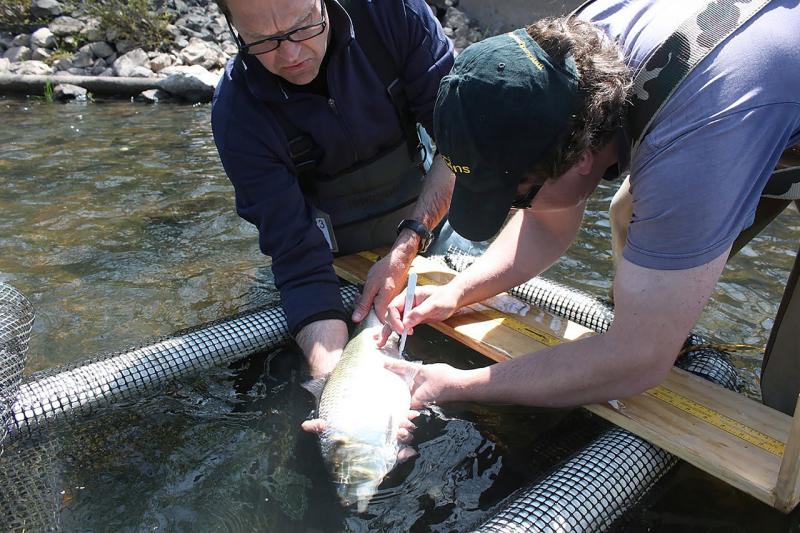 This spring migrating fish returned, right on schedule, to New Jersey’s historic Raritan River. Thanks to NOAA Restoration Center, more than 15 new miles of habitat reopened, expanding habitat for these native fish. Their return is the sign of a healthy river—a good thing considering more than 2 million people depend on the Raritan for drinking water.

With each stage of American history, the river has been valued for different reasons. In the 1700s water power from hundreds of dams helped build every mill town. Many of the dams still stand long past their useful life. When they were built, no one worried about abundant small river herring. When the native fish couldn’t swim above a dam, their spawning territory shrank, and over time their numbers dwindled. Now we know that the cod, halibut, and striped bass that ate them declined as well.

From the 1930s to the 1970s the region surged in population, and wetlands on the lower Raritan were filled to provide cheap land. The rapidly expanding chemical industry found convenient transportation, abundant water for processing, and plenty of nearby workers there. For decades, they discarded toxic byproducts in or near the river.

Hazardous waste takes a toll on water quality, on fish and the invertebrates they eat. Toxins were found in the flesh of the fish, as well as in the people who ate them. Eventually the state discouraged eating local fish, which also discouraged fishing. Around the country people turned away from dirty urban rivers—they became nothing but drains.

Today we don’t need a river for transportation or food like the earliest settlers did. But we still need water – now more than ever. In the 1970s communities began demanding protection for their rivers. New environmental laws defined an economic value of irreplaceable natural resources. By establishing the true cost of polluting our waters, polluters could now be held accountable for damages, and required to pay to restore those natural resources.

It takes a long time to clean up these damaged places. After all, it took a hundred or more years to degrade the river. The legal cases can take years to settle, and remediation takes time to become fully effective. Yet the river is recovering.

We work with the New Jersey Department of Environmental Protection, Rutgers University, and other partners on the Raritan’s recovery, currently funded by the recent American Cyanamid settlement. Native alewife, shad, American eels and blue-backed herring now swim beyond former barriers to spawn and grow. This spring, our biologists saw shad running past the former Calco Dam. Plans are in place to continue with dam removal on all the major tributaries.

The work continues, and Raritan residents—human and otherwise—are happily returning to their river.

Last updated by Office of Habitat Conservation on April 01, 2021