Effective April 3, 2020, current import restrictions expand to other gear types; and to anchovy, herrings, sardines, mackerels, croaker, and pilchard caught within the Upper Gulf of California. 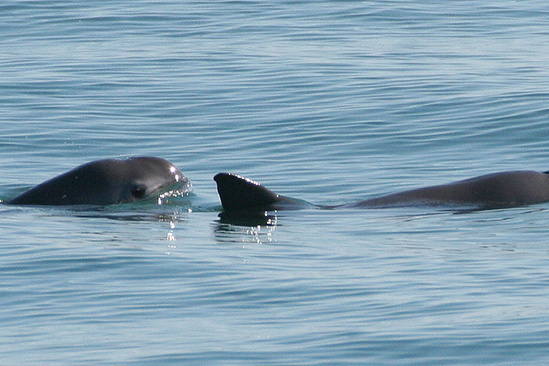 The affected fisheries are:

The decision to revoke the comparability findings is based on the Government of Mexico’s failure to demonstrate that it has implemented and enforced a regulatory program, comparable in effectiveness to that of the United States, to govern the incidental mortality and serious injury of the vaquita in commercial fisheries operating in the Upper Gulf of California.

Shrimp, curvina, sierra,  chano, anchovy, herrings, sardines, mackerels, croaker, and pilchard fish and fish products imported under certain harmonized tariff schedule codes from Mexico as the country of origin, must be accompanied on arrival to the United States by a Certification of Admissibility form to document that they did not originate from Upper Gulf of California gillnet fisheries, or from the other fisheries in the Upper Gulf for which the comparability findings were revoked. The form requires the signature of an authorized Mexican Government official.

NOAA Fisheries, in cooperation with U.S. Customs and Border Protection, is working to ensure affected seafood exporters and importers are aware of these restrictions, and to provide support for the trade community in their efforts to comply with this directive.

The United States will continue to work with Mexico to improve their regulatory program with the goal of eliminating gillnets, and other harmful gear, from the Upper Gulf of California, strengthening regional enforcement, and accelerating the development of "vaquita-safe" fishing.

Last updated by Office of International Affairs, Trade, and Commerce on 05/10/2022