Invasive species are considered to be one of the greatest threats to marine and coastal biodiversity worldwide, second only to habitat loss. NOAA Fisheries recognizes that invasive species have a profound effect on aquatic ecosystems and is working to protect our coasts from these invaders.

What are exotic species?

Exotic species are animal or plant species moved from their original range (location) to a new one, but are not yet reproducing in that new range.

What are invasive species?

Once enough individuals of an exotic species establish and begin to reproduce in the new range, it is considered an invasive species. 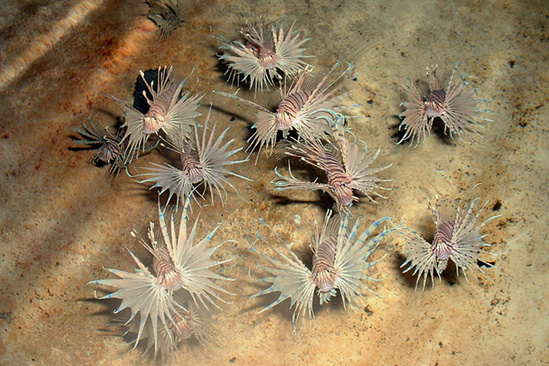 Where are invasive species found?

Aquatic invasive species are found throughout the world with very few exceptions. They are in wetlands, streams, rivers, bays, and along the coasts, and can be found up to thousands of feet in depth.

Invasive species can be found from Alaska to Louisiana, and from Maine to Texas.

In some regions of the United States, the problem is more severe than others. Florida, the Great Lakes, and the southern West Coast, for instance, are among the most heavily infested regions. These areas typically have a higher concentration of pathways for introduction (e.g., transportation hubs such as ports), are key locations for the ornamental trade, and/or their climates allow for invasive species to thrive. 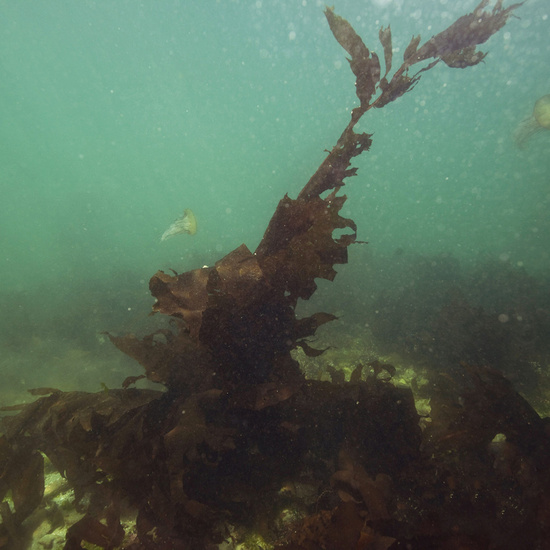 Undaria pinnatifida, also known as Asian kelp or wakame. This invasive species has colonized many harbors along the California coastline, including in Monterey Bay National Marine Sanctuary. Photo: Chad King/NOAA

What are the effects from invasive species introduction? Why are they harmful?

Invasive species can lead to the extinction of native plants and animals, destroy biodiversity, and permanently alter habitats through both direct and indirect effects. This can result in huge economic impacts and fundamental disruptions of aquatic and terrestrial ecosystems.

How are invasive species introduced into a new environment?

Invasive species are transported to new environments via vectors and pathways.

Vectors are biological methods of transferring species such as an organism carrying a disease and transferring it directly to another—examples include mosquitoes, ticks, and even humans carrying the flu virus.

Pathways are non-biological methods of movement. This includes winds, hurricanes, and ocean currents, and even transportation via cargo ships. As ships move from port to port, ballast water may be loaded or released to maintain the ship’s level as it loads and unloads cargo. Any organisms in the ballast water are then transferred to new locations.

Intentional and accidental releases of aquaculture species, aquarium discards (e.g., releases), and releases of excess live bait are common pathways of species introduction. In addition, aquatic aquaculture can often hyperconentrate a species that causes increases in pathogen problems (e.g., more than normal exposure), and can be a danger if the species is released into the environment.

Additionally, species coming in through the ornamental trade are often housed at many points along the distribution chain in open filtration systems. Along the way, they are exposed to other globally-sourced species with their own histories of pathogen exposure. Such systems by their nature can concentrate the cross-exposed bacteria, thus increasing the species ability to resist antibiotics and sharing that characteristic with other, now “unnaturally” neighboring bacteria via a process called conjugation. Because of these cumulative effects, any of these ornamental species released into the environment could result in harmful effects from the species level to an ecosystem level. This is a serious threat, given the increase in invasive species related to marine ornamental trade.

What research is being done on exotic and invasive species?

NOAA is interested in assisting in observing, monitoring of newly found exotic species, and studying their effect on inshore habitats and commercially important fish species.

In cooperation with the U.S. Coast Guard, we established ballast water cooperative research and standards. NOAA is also involved in observing, monitoring, and mitigating invasive species in partnership with the U.S. Geological Survey and REEF.

What can I do to help?

Never release a pet (fish or other animal) into the wild. Find an alternative.

Scuba divers and others can also help NOAA and our partners' research efforts. To report a sighting of lionfish or other invasive/exotic species, visit the U.S. Geological Survey's online reporting form.

How can I learn more about invasive marine species in the United States?

What is an invasive species? Find out more from NOAA's National Ocean Service.