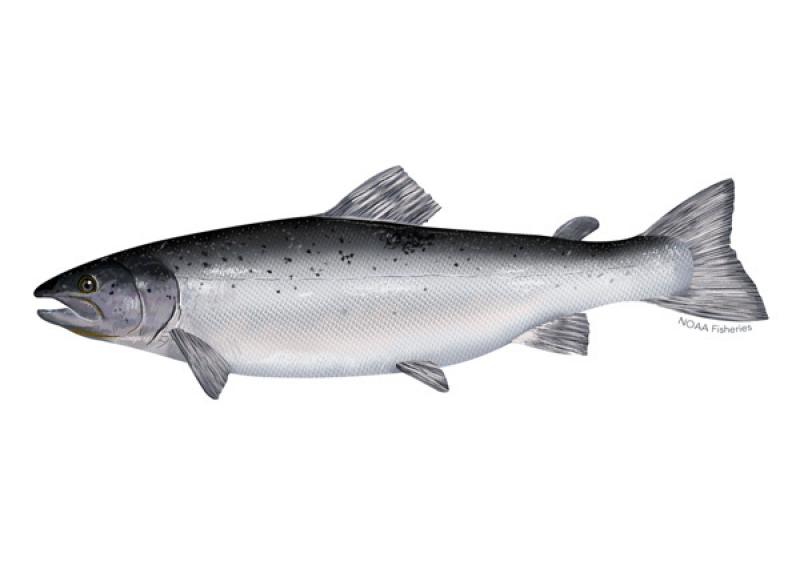 Wild Atlantic salmon population levels are very low due to a variety of factors, including acid rain, habitat destruction, dams, and historic overfishing. Atlantic salmon once returned by the hundreds of thousands to most major rivers along the northeastern United States, but now only return in small number to rivers in Maine.

Commercial fishing for Atlantic salmon is currently prohibited by law and the Gulf of Maine population is protected under the Endangered Species Act. Substantial efforts are ongoing to restore wild Atlantic salmon and their habitat. These include improving fish passage by removing or modifying dams so salmon can reach freshwater spawning and rearing areas critical to their survival, understanding and improving historically low salmon survival in the ocean, and supplementing wild populations with hatchery-raised Atlantic salmon. See Atlantic Salmon Recovery Program for more information.

With the decline of wild Atlantic salmon populations in the early 1800s, Atlantic salmon have been raised in hatcheries since 1864 in an effort to enhance the wild populations and sustain the fisheries that depend on them. In the late 1970s, commercial aquaculture ventures started rearing Atlantic salmon in Maine. See Atlantic Salmon – Farmed for more information.

All Atlantic salmon caught incidental to a directed fishery for other species in the Exclusive Economic Zone must be released in such a manner as to insure maximum probability of survival. Possession of Atlantic salmon is prima facie evidence that such Atlantic salmon were taken in violation of the regulations. Evidence that such fish were harvested from state or foreign waters, or from an aquaculture facility, will be sufficient to rebut this presumption. This presumption does not apply to fish that are being sorted on deck.