Scientists from NOAA's Alaska Fisheries Science Center will embark from Dutch Harbor May 19 on another busy survey season off Alaska's coast.

“We conduct research surveys to collect biological information that is critical for our fish stock assessments,” said Douglas DeMaster, science and research director, Alaska Fisheries Science Center. “Understanding how well fish stocks are doing is important because fishermen and managers rely on these data to set sustainable fishing quotas each year.”

Information collected as part of these surveys and other available data on oceanographic conditions, fisheries, and protected species are integrated to provide a more comprehensive understanding of how marine ecosystems are affected by environmental changes, commercial fishing activities and climate change.

During surveys, NOAA scientists sort, weigh, and count species collected by each trawl, with an emphasis on biological data for target species. They’ll also collect specimens and data on various species, as requested by cooperating scientists, agencies, and institutions. For example, the eastern Bering Sea crab surveys are a collaborative effort between NOAA and the Alaska Department of Fish and Game. In the event that a trawl brings in rare fishes and invertebrates, scientists will collect and preserve the specimens. 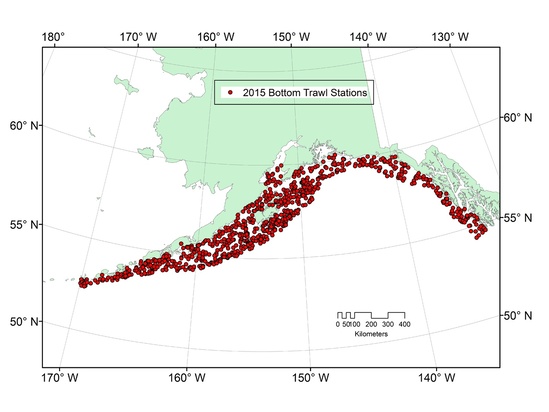 NOAA has chartered three commercial fishing vessels for the Gulf of Alaska survey, which will begin near the Islands of Four Mountains (about 180 miles southwest of Dutch Harbor), and continue eastward to the U.S.-Canada border near Dixon Entrance. The survey will end in Ketchikan in early August. All vessels will be clearly marked “U.S. Research.”

The vessels - F/V Sea Storm, F/V Alaska Provider, and R/V Cape Flattery - will conduct standard 15-minute bottom trawl hauls at 800 preassigned stations. They will use specially-designed nets with small meshes to capture a wide range of fishes and invertebrates.

“This year, we’ve seen elevated ocean temperatures along the entire West Coast, including the Gulf of Alaska,” said Wayne Palsson, lead scientist for the Gulf of Alaska survey. “So in addition to our standard data collection, we’ll be on the lookout for species we don’t typically see that may have moved farther north due to the warmer waters. We’ll also be curious to see if any of our common species are in places and depths where they don't typically occur, seeking colder temperatures more suitable to their needs.”

The Gulf of Alaska bottom trawl survey began in 1984 and has been conducted during odd-numbered years since 1999. The 2015 survey will be the 14th of the region. 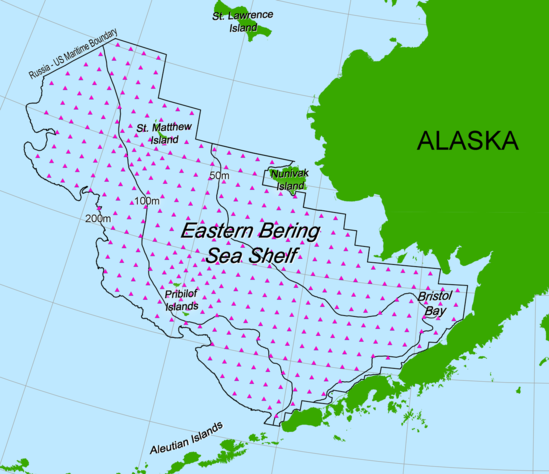 “The continental shelf area of the eastern Bering Sea is one of the most productive fishing areas in the world in terms of both species abundance and commercial value,” said Bob Lauth, lead scientist for the Eastern Bering Sea Survey. “The marine environment of the shelf is dynamic and our surveys provide unique snapshots of how fishes, crabs, and other marine life are responding to changing climate. The information we collect supports ongoing fish biology and behavior studies and other research efforts, all of which will improve our ability to make future predictions about trends in fish and crab populations.”

Two vessels - F/V Alaska Knight and F/V Vesteraalen – will survey the Bering Sea shelf between the depths of 20 and 200 m from Bristol Bay northward to latitude 62° N during the months of June to August.