With an Unprecedented Number of Right Whale Deaths Since 2017, Watching for Migrating Right Whales is More Important Than Ever

NOAA and partners ask the public to give whales space during annual pilgrimage south. 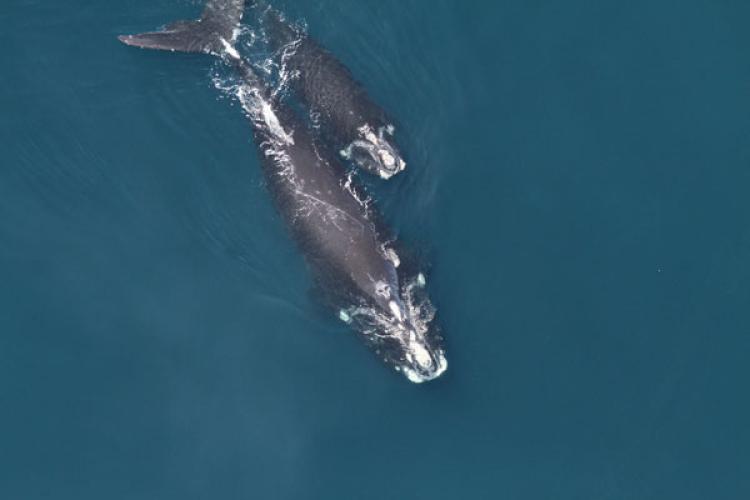 North Atlantic right whales are on the move along the Atlantic coast of the U.S. With an unprecedented 20 right whale deaths documented in 2017 and 2018, NOAA is cautioning boaters to give these endangered whales plenty of room as they migrate south. The agency is also asking commercial fishermen to be vigilant when maneuvering to avoid accidental collisions with whales, remove unused gear from the ocean to help avoid entanglements, and use vertical lines with required markings, weak links and breaking strengths.

North Atlantic right whales are protected under the U.S. Endangered Species Act and the Marine Mammal Protection Act. Scientists estimate there are just over 400 remaining, making them one of the rarest marine mammals in the world.

"We are very concerned about the future of North Atlantic right whales," said Barb Zoodsma, right whale biologist for NOAA Fisheries. "We lost 20 right whales in U.S. and Canadian waters since 2017 during an Unusual Mortality Event. The number of right whale deaths is troubling for a population of a little more than 400 animals, particularly because we estimate that there are only about 100 breeding females who are producing fewer calves each year."

NOAA Fisheries, the Georgia Department of Natural Resources, the Florida Fish and Wildlife Conservation Commission and the U.S. Coast Guard are reminding boaters, anglers and coastal residents that North Atlantic right whale calving season begins in mid-November and runs through mid-April and that mariners should stay alert and keep their distance.

Every winter, many right whales travel more than 1,000 miles from their feeding grounds off Canada and New England to the warm coastal waters of South Carolina, Georgia and Florida's east coast.

"These southern waters are where right whales give birth and nurse their young, making it extremely important for people to be aware of the whales' movement and migratory patterns," said Tom Pitchford, wildlife biologist for the Florida Fish and Wildlife Conservation Commission. "Any disturbance could affect behaviors critical to the health and survival of the species. Please stay alert while in right whale habitat and immediately report any sightings to the hotline number (877) WHALE-HELP (or 877-942-5343)."

Entanglement in fixed commercial fishing gear is a major threat to right whales. There are restrictions on where and how commercial traps, pot gear and gillnet gear can be set. These restrictions include seasonal closures and gear modifications such as sinking groundlines, weak links and gear markings.

To reduce the risk of harassment or collisions between right whales and boats, federal law requires vessels and aircraft to stay at least 500 yards away from right whales. Vessels 65 feet and longer are also required to slow to speeds of 10 knots or less in Seasonal Management Areas along the East Coast, including the calving and nursery area.

"Right whales often swim and rest just below the surface, and are invisible to approaching boats and ships," said wildlife biologist Clay George of the Georgia Department of Natural Resources. "It's important for ship operators to follow vessel speed rules, and for boaters to slow down whenever possible."

While the federal Ship Strike Reduction Rule does not regulate vessels under 65 feet, collisions with smaller vessels have occurred, resulting in injury to whales and expensive damage to boats.

NOAA and its partners conduct aerial and vessel surveys off the coast of Florida and Georgia throughout the calving season. These surveys monitor the seasonal presence of right whales and their habitat use, mitigate vessel-whale collisions, assess calving rates, and detect dead, injured and entangled whales. When observed, NOAA and its partners also respond to disentangle animals and investigate injuries and mortalities.

To report right whale sightings, especially dead, injured, or entangled whales, please contact NOAA Fisheries at (877) WHALE-HELP (877-942-5343) or the Coast Guard on marine VHF channel 16. The public can also identify and help marine mammals in trouble by using their smartphone. Learn more about the Whale 911 app.

NOAA's mission is to understand and predict changes in the Earth's environment, from the depths of the ocean to the surface of the sun, and to conserve and manage our coastal and marine resources. 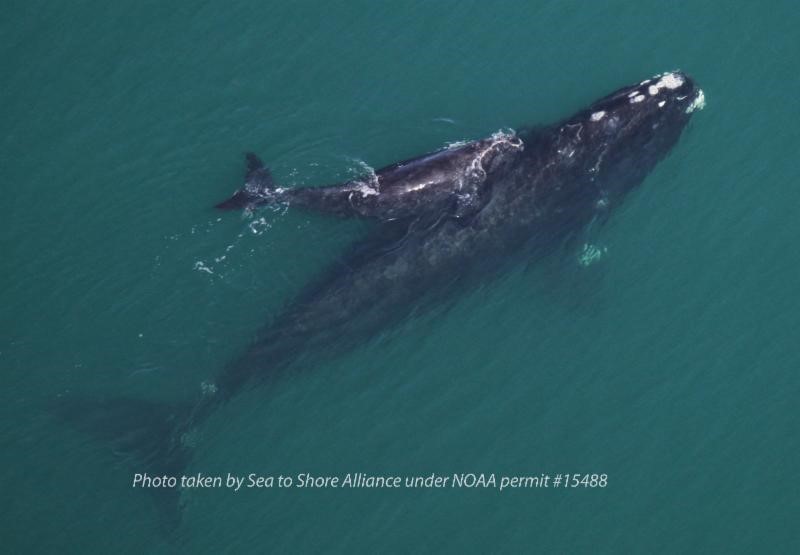