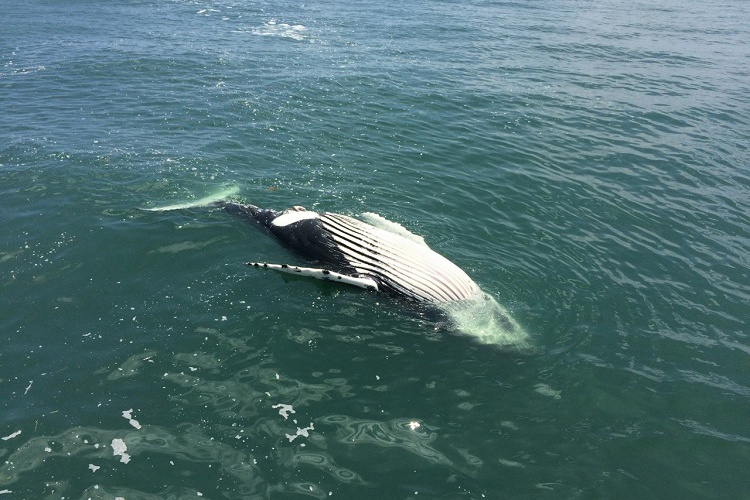 Partial or full necropsy examinations were conducted on approximately half of the whales. Of the whales examined, about 40 percent had evidence of human interaction, either ship strike or entanglement. 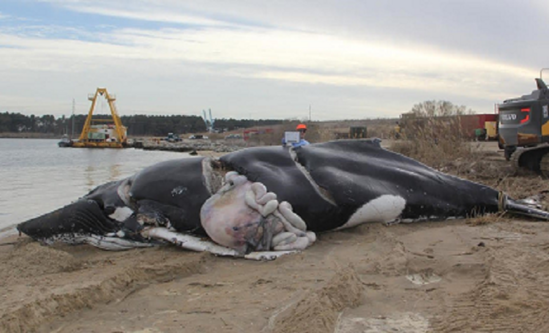