Elevated bottlenose dolphin strandings have been occurring in the Northern Gulf of Mexico including Louisiana, Mississippi, Alabama, and the panhandle of Florida (Alabama border through Franklin County) since February 1, 2019.

Elevated bottlenose dolphin strandings have been occurring in the Northern Gulf of Mexico including Louisiana, Mississippi, Alabama, and the panhandle of Florida (Alabama border through Franklin County) since February 1, 2019. As of February 29, 2020, 380 dolphins have stranded  which is approximately three times higher than the average. This event has been declared an UME.

It is too early to determine any potential causes of the UME. Many of the dolphins recovered are very decomposed, limiting the ability to collect samples to determine cause of illness or death. In addition, a number of dolphins have stranded in remote locations, which limits the Stranding Network's ability to examine or recover the  carcass. Some of the stranded dolphins have had visible skin lesions that are consistent with freshwater exposure. Samples are being collected for testing.

As part of the UME investigation process, an independent team of scientists; an investigative team is being assembled to coordinate with the Working Group on Marine Mammal Unusual Mortality Events to review the data collected and provide guidance for the investigation.

Report a Stranded or Floating Dolphin

Members of the public can assist investigators by immediately reporting any sightings of live dolphins in distress or stranded (floating or on the beach) by calling the 24/7 Southeast Marine Mammal Stranding Network  at 877-WHALE HELP (877-942-5343). You can contact the U.S. Coast Guard on VHF Channel 16 or use our Dolphin and Whale 911 app on your smartphone. The stranding network will send out trained responders who will get to the scene quickly with appropriate equipment.

All marine mammals are federally protected by the Marine Mammal Protection Act. Only local and state officials and people authorized by NOAA Fisheries may legally handle live and dead marine mammals. 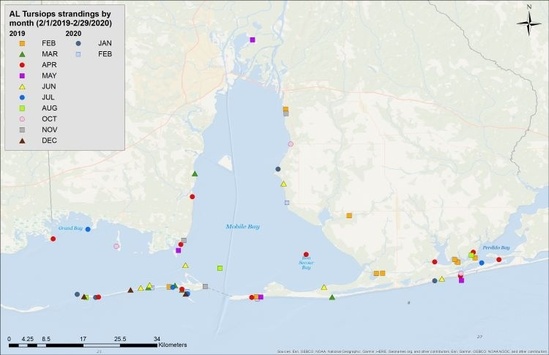 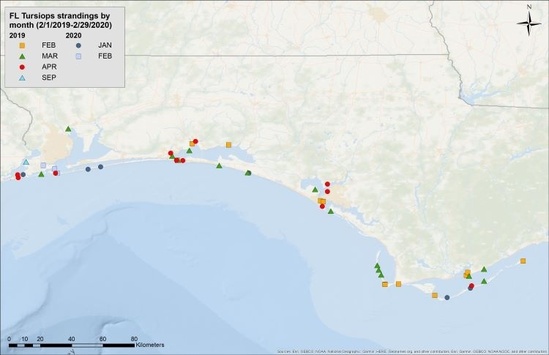 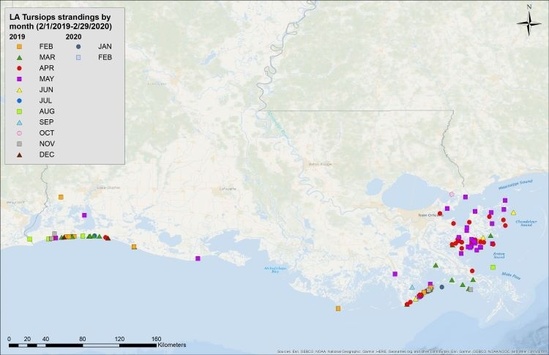 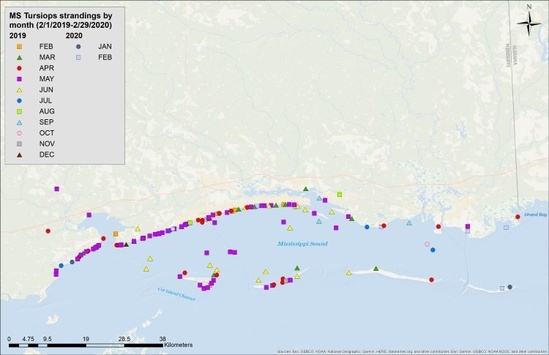 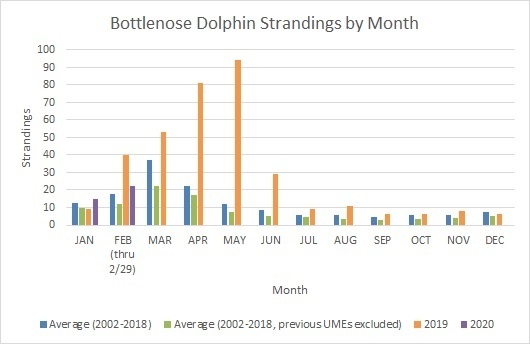