Why are you closing the Unusual Mortality Event?

The conditions under which the UME was declared are no longer occurring or have become persistent. Scientists have documented a reduction in strandings compared to peak UME years. The team of scientists who investigated this UME determined the cause of the UME as being due to malnutrition in Guadalupe and northern fur seal pups and yearlings from ecological factors (e.g., warm water events) in the Pacific Ocean causing suboptimal prey conditions.

How widespread was this Unusual Mortality Event?

What are the dates for this UME?  How many fur seals are included in this UME?

What do scientists believe is the most likely cause of this UME?

After analyzing various potential causes based on available data, scientists say the most likely cause of this UME was attributed to malnutrition in Guadalupe and northern fur seal pups and yearlings from ecological factors in the Pacific Ocean causing suboptimal prey conditions. Unprecedented ocean warming in the Northeast Pacific that resulted in reduced or changed prey availability most likely impacted the weaned pups’ ability to feed.

During and preceding the 2015-2021 increase in Guadalupe fur seal strandings, anomalously warm waters persisted across the Northeast Pacific Ocean. In the California Current region, the most severe marine heatwaves (i.e., periods of extremely warm sea surface temperatures for days or months) since 1982 were in 2014-2016 and 2019-2020. In 2019 and 2020, anomalously warm waters were concentrated farther offshore and mostly north of California compared with the 2014-2016 marine heatwave, which likely explains the greater number of Guadalupe fur seals that stranded in 2019-2020 in Oregon and Washington. Additionally, warm sea surface temperature was further enhanced by the El Niño that occurred in 2015-2016 with some of the warmest tropical sea-surface temperature anomalies reported in November of 2015. These atmospheric and oceanographic processes had detrimental impacts on multiple taxa within the California Current including krill, Dungeness crab, salmon, seabirds, sea lions, and whales. As shallow-diving, pelagic species that feed primarily on squid, Guadalupe fur seals may be particularly vulnerable to marine heatwaves, especially those that remain farther offshore. These extreme ocean warming events likely resulted in reduced prey availability and caused the increase in Guadalupe and northern fur seal strandings.

What did scientists test for? What did they find?

What types of marine mammals did this UME affect?

This event involved Guadalupe fur seals (Arctocephalus philippii townsendi), which are classified as a threatened species in the United States and endangered in México and northern fur seals (Callorhinus ursinus).

What is next now that the Unusual Mortality Event has been closed?

Scientists plan to continue post-UME monitoring of Guadalupe and northern fur seals off the Pacific coast for the next several years. Expected steps include continued monitoring of Guadalupe and northern fur seal strandings on an annual basis, including assessing body condition, age class, and timing of strandings as well as conducting necropsies on a subset of animals to monitor for any changes in exposure to infectious disease or biotoxins.

Where can I find additional information on Guadalupe and northern fur seals and other Unusual Mortality Events?

You can find more information on our Guadalupe and Northern Fur Seals and UME web pages.

What should people do if they encounter a dead or live-stranded Guadalupe or northern fur seal on the beach?

What should people do if they witness harassment or any marine mammal violation in the water or on the beach?

MMPA section 405 (16 USC-1421d) establishes the Marine Mammal Unusual Mortality Event Fund describing its purposes and how the public can donate to the fund.  According to the MMPA, the fund: “shall be available only for use by the Secretary of Commerce, in consultation with the Secretary of the Interior:

The National Contingency Plan for Response to Unusual Marine Mammal Mortality Events outlines the types of expenses that are reimbursable under the fund and the process for requesting reimbursement. 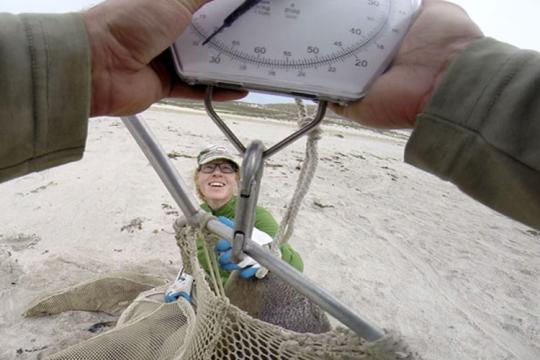