Spencer Baird established a research station in Woods Hole, Massachusetts during the summer of 1871. A permanent marine science laboratory was constructed by 1885. The Woods Hole Laboratory of NOAA Fisheries’ Northeast Fisheries Science Center is located on that same ground today. 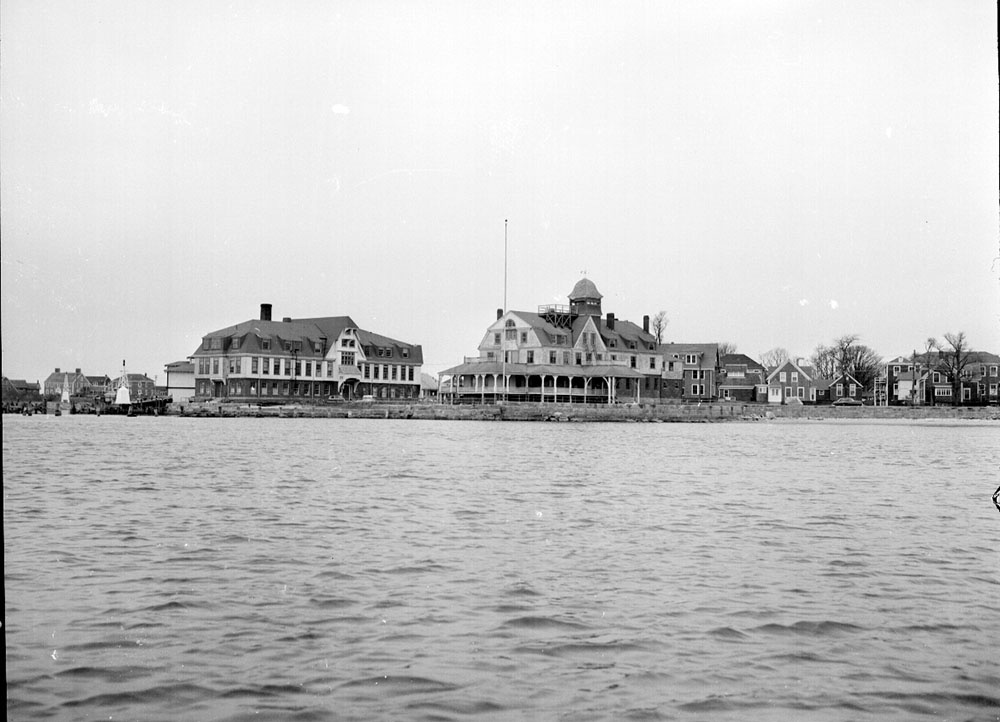 Spencer Baird, the nation’s first U.S. Fish Commissioner, established a research station on Little Harbor in Woods Hole, Massachusetts during the summer of 1871. After more than a decade of working from this borrowed space, a permanent marine science laboratory was constructed nearby on Great Harbor by 1885 to continue the work Baird supported, studying the nation’s ocean resources. The descendant of that effort, the Woods Hole Laboratory of NOAA Fisheries’ Northeast Fisheries Science Center, is located on that same ground today.

Tucked in among the buildings that comprised the first lab at the end of Water Street were two granite-lined pools used to house marine specimens. There was also a research aquarium used to study the life history of various marine organisms and to raise marine fish in hopes of augmenting wild populations. To further interest people in this work, Baird arranged for harbor seals to inhabit the open granite pools during the summer. They were re-released into the wild every fall.

Even in those days, Cape Cod was a busy vacation destination. Baird set aside space in the aquarium for educational displays and opened its doors to the public daily during the season. It featured local sea life and exhibits to help people learn more about the sea around them. Visitors might also encounter a researcher or two, since it was also a working research aquarium.

The Woods Hole Lab is the origin point for both NOAA’s Fisheries Service and the U.S. Fish and Wildlife Service. The laboratory’s Woods Hole Science Aquarium has also persisted since the days of Mr. Baird. It continues to maintain as its core collection sea life that can be found in local waters during some part of the year.

For nearly 150 years, the Woods Hole Science Aquarium has been a stable and valued destination for visitors, students, and researchers drawn to ocean life. Like the lab itself, it has withstood flood, fire, three major hurricanes. It has served in peacetime and during both world wars, when the laboratory was occupied by the U.S. Navy. It continues to serve science and the country today.

The Aquarium has a three-part mission: education, conservation, and research in support of NOAA Fisheries’ role in stewardship of the nation’s living marine resources.