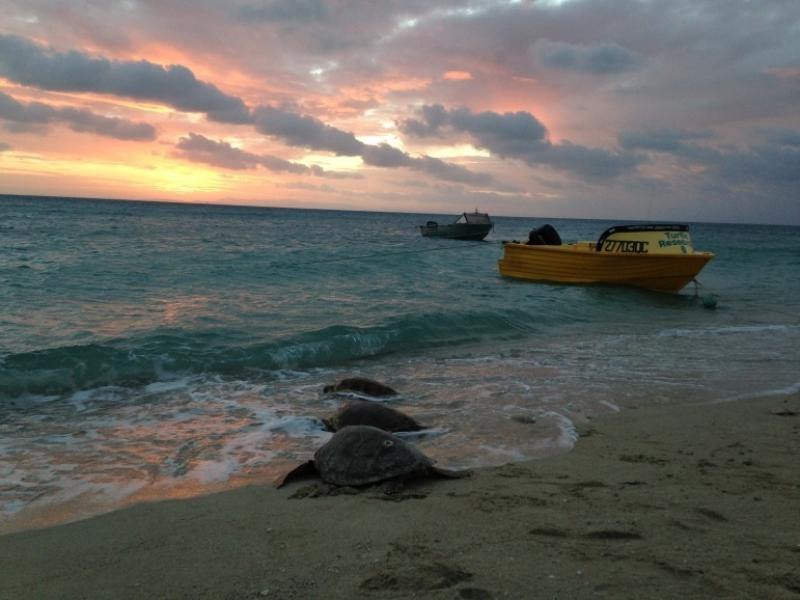 Scientists have used a new research approach to show that warming temperatures are turning one of the world’s largest sea turtle colonies almost entirely female, running the risk that the colony cannot sustain itself in the coming decades, newly published research concludes.

Sand temperatures determine the sex of turtle hatchlings, with warmer temperatures resulting in more females. During the past two decades, temperatures on islands in Australia’s northern Great Barrier Reef have increased to the point “that virtually no male turtles are now being produced from these nesting beaches,” the researchers from the United States and Australia write this week in the journal Current Biology.

The study “raises new concerns over the immediate threats of climate change to sea turtle populations,” say the researchers from NOAA Fisheries and the Queensland Department of Environment and Heritage Protection.

The study’s results will be important for wildlife managers as they consider strategies to lower incubation temperatures at key rookeries around the world “to boost the ability of local turtle populations to adapt to the changing environment and avoid a population collapse or even extinction.”

Although researchers have known for decades that warming temperatures alter the sex of sea turtle offspring, this is the first time they have directly documented the trend in a major wild population. 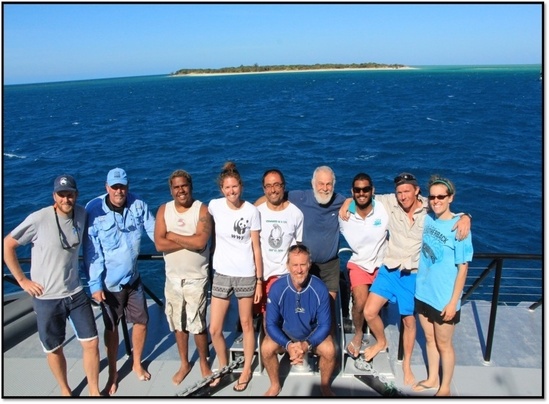 Researchers previously determined the sex of individual hatchlings through anatomical exams at nesting beaches, providing only a snapshot in time from only a few nests. The new study uses an innovative combination of endocrinology and genetics to assess the sex of hundreds of turtles across a large foraging ground, revealing the sex ratio of immature and mature turtles from different nesting beaches over many years.

The analysis revealed different sex ratios and trends in two nesting populations in the Great Barrier Reef. Green sea turtles from cooler southern nesting beaches were about 65 to 69 percent female, testing showed. Sea turtles from warmer northern beaches leaned even more heavily female, with 86.8 percent of adult turtles, 99.8 percent of sub-adult turtles, and 99.1 percent of juvenile turtles turning out to be female.

“This has given us an important new window into demographic changes in these populations over the last several decades, which have gone undetected until now,” said Michael Jensen, a research biologist at NOAA Fisheries’ Southwest Fisheries Science Center in La Jolla, Calif., and lead author of the new research. “The disconcerting thing is that we can now see how changes in the climate could affect the longevity of this and other sea turtle populations around the world.” 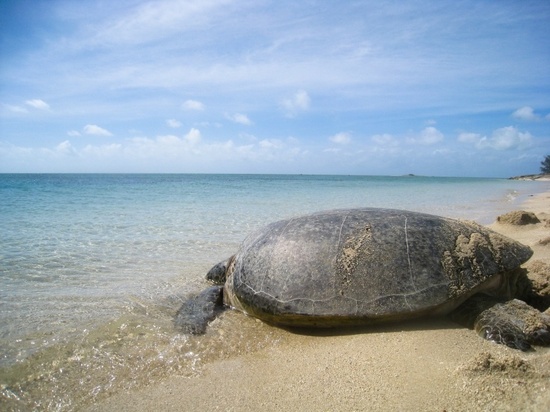 “Our findings add another dimension to the growing body of evidence that increasing temperatures are broadly affecting Great Barrier Reef ecosystems,” the scientists write.

Sea turtles are among the most ancient species roaming the oceans and have long adjusted to shifting climates. Increasing numbers of females may at first be a good thing for sea turtle populations, boosting the population’s reproductive potential. The problem is that the modern climate appears to be changing faster than turtles can adjust to it.

“The pace of change affecting these populations is probably unlike anything they have experienced before,” said research biologist Camryn Allen of NOAA Fisheries’ Pacific Islands Fisheries Science Center. “We know that species evolve in response to climate and other environmental changes, but they need time for that. Unfortunately in this case, that may be one thing they do not have.”