Explore the marine environment around Rose Atoll that supports a dynamic reef ecosystem that is home to a diverse assemblage of marine species, many of which are threatened or endangered. 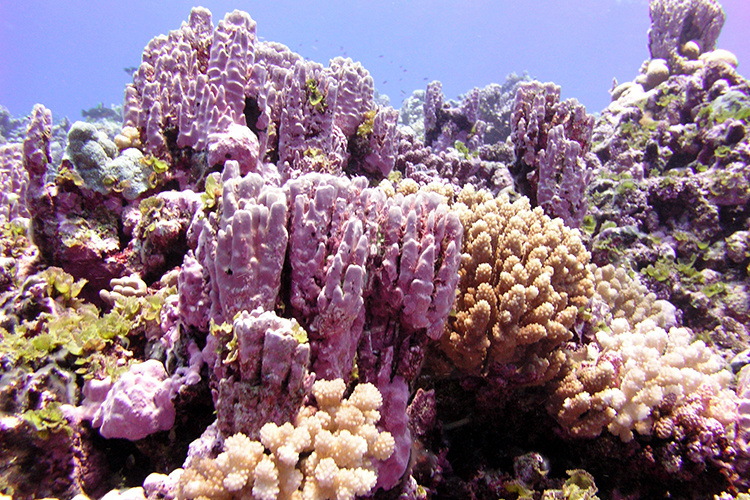 Coralline algae at Rose Atoll, located off the coast of American Samoa. An atoll is an island of coral that encircles a lagoon partially or completely.

The Rose Atoll Marine National is approximately 130 nautical miles east-southeast of Pago Pago Harbor in American Samoa. Rose Atoll is the easternmost Samoan island and the southernmost point of the United States. 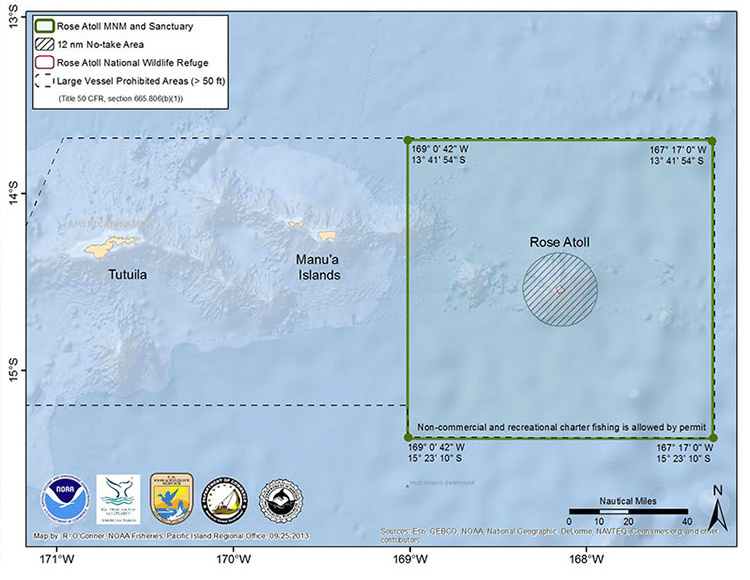 Established by Presidential Proclamation in January 2009, the Rose Atoll Marine National Monument is cooperatively managed by the Secretary of Commerce (NOAA) and the Secretary of the Interior (U.S. Fish and Wildlife Service), in cooperation with the Department of State, the Department of Defense, and the Government of American Samoa. The Monument also encompasses the Rose Atoll National Wildlife Refuge and has been part of the National Marine Sanctuary of American Samoa since 2014.

Rose Atoll remains one of the most pristine atolls in the world. The marine environment around Rose Atoll supports a dynamic reef ecosystem that is home to a diverse assemblage of marine species, many of which are threatened or endangered.

One of the atoll's most striking features is the pink hue of fringing reef caused by abundance of coralline algae, the primary reef-building species. Though roughly 100 species of stony corals exist today, crustose coralline algae dominate Rose Atoll's shallow reefs, making them distinctive from those found in other Samoan islands.

The marine area provides isolated, undisturbed nesting grounds for green and hawksbill sea turtles and contains the largest number of nesting turtles in American Samoa. The waters within and surrounding the Rose Atoll Monument are frequented by numerous large predators, such as snappers, jacks, groupers, barracudas, and whitetip, blacktip, and gray reef sharks.

Species that have faced depletion elsewhere, some of which have declined worldwide by as much as 98 percent, are found in abundance at Rose Atoll, including giant clams, Maori wrasse, large parrotfishes, and blacktip, whitetip, and gray reef sharks. Humpback whales, pilot whales, and porpoises have all been spotted at Rose Atoll.  There are 272 species of reef fish living within the Monument area, seven of which scientists described for the first time while at Rose Atoll.

With few relatively undisturbed islands remaining in the world, Rose Atoll is one of the last refuges for seabird and turtle species of the Central Pacific. 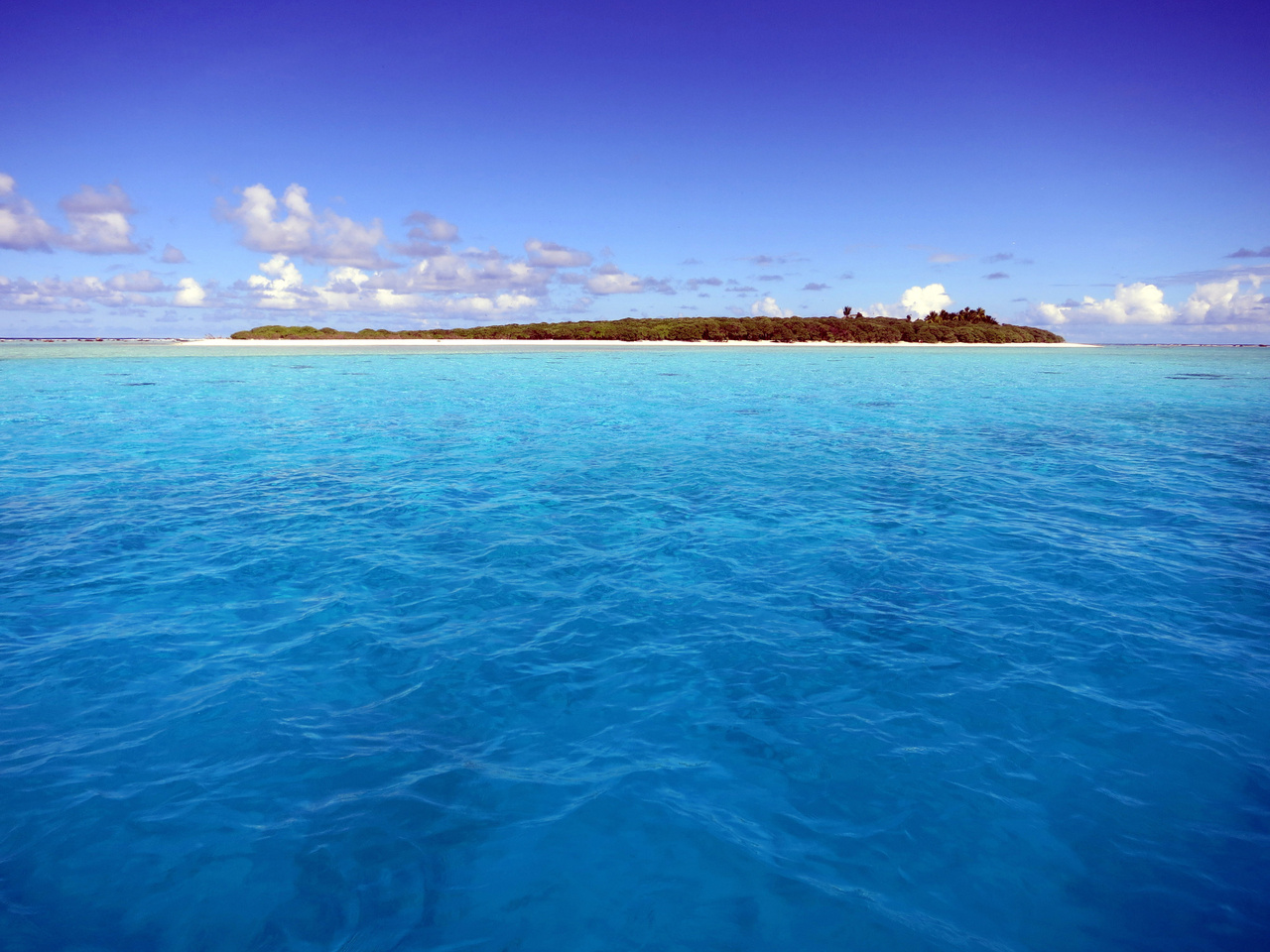 Though unpopulated, Rose Atoll is not free from climatic effects, invasive species introductions, and other human-related issues.

Drought, sea level rise, and storms also take their toll on the Rose Atoll ecosystem. Cyclone Victor, for example, hit Rose Atoll in January 2016 with 30 foot (10 meter) waves and 60 miles per hour (96.6 kilometres per hour) winds, ultimately eroding large swaths of the beach, toppling trees, killing hundreds of seabirds, and scattering sea turtle eggs about the island. Additionally, iron debris from the 1993 Jin Shiang Fa wreck caused an overgrowth of cyanobacteria; though much of the wreck has been removed, cyanobacteria is still present in the area.