International Fisheries in the Pacific

The Pacific Islands Regional Office works with other government agencies to negotiate and implement the provisions of international fisheries agreements in the Pacific Ocean.

In the Pacific Islands region, NOAA Fisheries, along with other government agencies, are responsible for negotiating and implementing the provisions of international fisheries agreements for the western and central Pacific Ocean.

Fisheries management in the western and central Pacific Ocean is driven by the highly migratory nature of many of the targeted and bycatch species.  The western and central Pacific Ocean is within the exclusive economic zones (EEZ) of various Pacific island nations, creating the need for close cooperation between the United States and these in management of these highly migratory species, such as tuna and billfish.

The Western and Central Pacific Fisheries Commission (WCPFC) was established by the Convention for the Conservation and Management of Highly Migratory Fish Stocks in the Western and Central Pacific Ocean. The United States is one of 26 member countries, seven participating territories, and seven cooperating non-member countries that make up the commission.

The objective of the convention is to help ensure, through effective management, the long-term conservation and sustainable use of highly migratory fish stocks in the western and central Pacific Ocean in accordance with the United Nations Convention on the Law of the Sea and the 1995 United Nation Fish Stocks Agreement. The convention applies to waters of the western and central Pacific Ocean, including areas around Hawaiʻi, American Samoa, Guam, Commonwealth of the Northern Mariana Islands, U.S. Pacific Remote Island Areas (Wake, Palmyra, Kingman, Jarvis, Howland and Baker), as well as many other Pacific island nations, and high seas areas. It encompasses the operational area of significant U.S. purse seine, longline, albacore troll, and local fisheries for highly migratory fisheries in Hawaiʻi, American Samoa, Guam, and Commonwealth of the Northern Mariana Islands.

The South Pacific Regional Fisheries Management Organization (SPRFMO) was established by the Convention on the Conservation and Management of High Seas Fishery Resources in the South Pacific Ocean, which entered into force on August 24, 2012. The convention manages non-highly migratory species on the high seas in the south Pacific Ocean. There are 15 member nations — including the United States — and four cooperating non-contracting parties that make up the management organization. The objective of the convention is, through the application of the precautionary approach and an ecosystem approach to fisheries management, to ensure the long-term conservation and sustainable use of fishery resources and, in so doing, to safeguard the marine ecosystems in which these resources occur.

Geographically, other regional fisheries management organizations, including the Western and Central Pacific Fisheries Commission and the Inter-American Tropical Tuna Commission (IATTC), cover parts of the area managed by SPRFMO, but their mandates extend only to highly migratory species. Fisheries that could be covered by South Pacific Regional Fisheries Management Organization are predominantly discrete high seas stocks and those stocks which straddle the high seas and the EEZs of coastal states. Fisheries in this area target both pelagic (living in the water column, often near the surface, such as jack mackerel,) and demersal (living at or near the bottom of the ocean, such as orange roughy fishes). 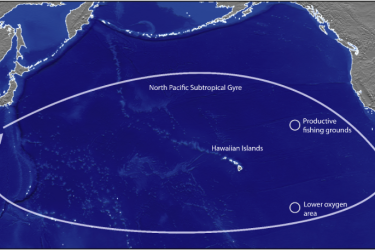