Listening for Cod in the Gulf of Maine

Scientists and fishermen are working together to locate spawning aggregations of Atlantic cod. The goal is to allow cod and fishermen to each go about their business separately.

Listening for Cod in the Gulf of Maine 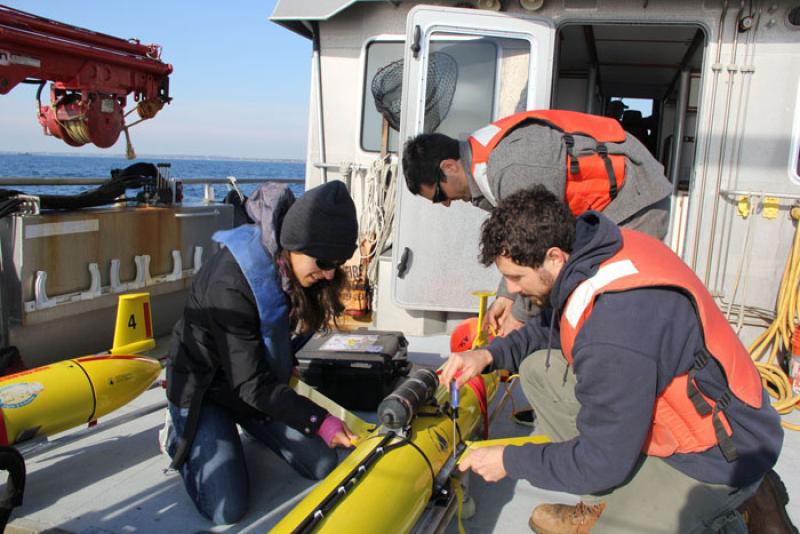 “I’m a semi-retired fisherman,” said Frank Mirarchi, “but not willingly.”

Mirarchi is a commercial fisherman out of Scituate, Massachusetts. He’s fished his whole life for Atlantic cod, the species that famously supported generations of New England fishermen. Today, cod stocks are in bad shape, and regulators have significantly cut catch limits to give stocks a chance to recover.

Scientists and fishermen don’t always see eye-to-eye when it comes to cod. But long-term, they both want the same thing, and that’s a healthy and productive fishery, and that includes both the fish and the communities that depend on them.

To help make that happen, scientists and fishermen are working together to protect spawning cod in the Gulf of Maine. When cod spawn—that is, when they get together to reproduce—they pile up into dense formations that used to be targets for fishermen. Today, many spawning areas are closed to fishing, and the goal of this research project is to make those closures more precise. The idea for this research came from fishermen themselves.

Fortunately for scientists, male cod make noise when they’re spawning. The sound has been described as a grunt, and the fish make it by contracting their swim bladders. Scientists aren’t sure if the noise is meant to attract females or intimidate competing males, but whatever the reason, scientists hope that they can find spawning aggregations by listening for them. To that end, they’ve deployed microphones on the seafloor and have sent autonomous underwater vehicles to search for spawning cod.

“It’s an underwater robot, and it can keep going for several weeks,” said NOAA Fisheries scientist Sofie van Parijs. “Every time it comes up it sends back information by satellite.”

Still, the cod don’t make a ton of noise, so they’re hard to find. Van Parijs wondered whether, in the past, the Gulf of Maine was filled with the noise of spawning cod. “Today it’s like finding a needle in a haystack,” she said.

How did scientists know where to begin their search? They relied on the people who know better than anyone else how to find fish.

“We told scientists where we thought spawning was most likely to take place,” said Mirarchi. In doing so, fishermen pointed scientists toward some of their historically favorite fishing grounds.

“There was a lot of risk involved because we were giving up out trade secrets to the regulatory agency,” said Mirarchi, referring to NOAA Fisheries. “But at the same time we wanted to protect the fish and see that future generations of fishermen would have the same opportunities that we had.”

This research is a collaborative effort involving NOAA’s Northeast Fisheries Science Center, the Stellwagen Bank National Marine Sanctuary, the Massachusetts Division of Marine Fisheries, the UMASS Dartmouth School for Marine Science and Technology, the Woods Hole Oceanographic Institution, The Nature Conservancy, and, not least, the fishermen who got the project started.

To protect spawning cod in a precise and targeted way, we need good scientific information about where and when they spawn. And for that we need scientists and fishermen working together. Only fishermen can provide the detailed information on fish behavior that comes from a lifetime on the water. And only scientists can provide the technology and analytical tools to turn that knowledge into verifiable, measurable results.

Fishermen have a deep understanding of the marine ecosystem and they know “an awful lot about the dynamics of fish populations and how patterns of distribution change in space and time,” said Bill Karp, director of science and research at NOAA’s Northeast Fisheries Science Center in Woods Hole, Massachusetts. “That knowledge is extremely difficult for a scientist to obtain, so the opportunity to work with fishermen and learn from them is very advantageous.”

“I believe that we need to work together more closely not less closely,” said Mirarchi of scientists and fishermen. “Maybe we can find the way through this so we can have fish and we can have some stability so people can build their lives around a fishery again and we can go back to having another 300 years of Scituate as a fishing port.” 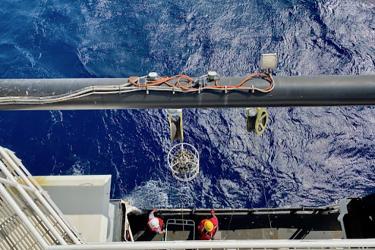