Map and GIS data representing the area where catches of 17 forage species must be reported. 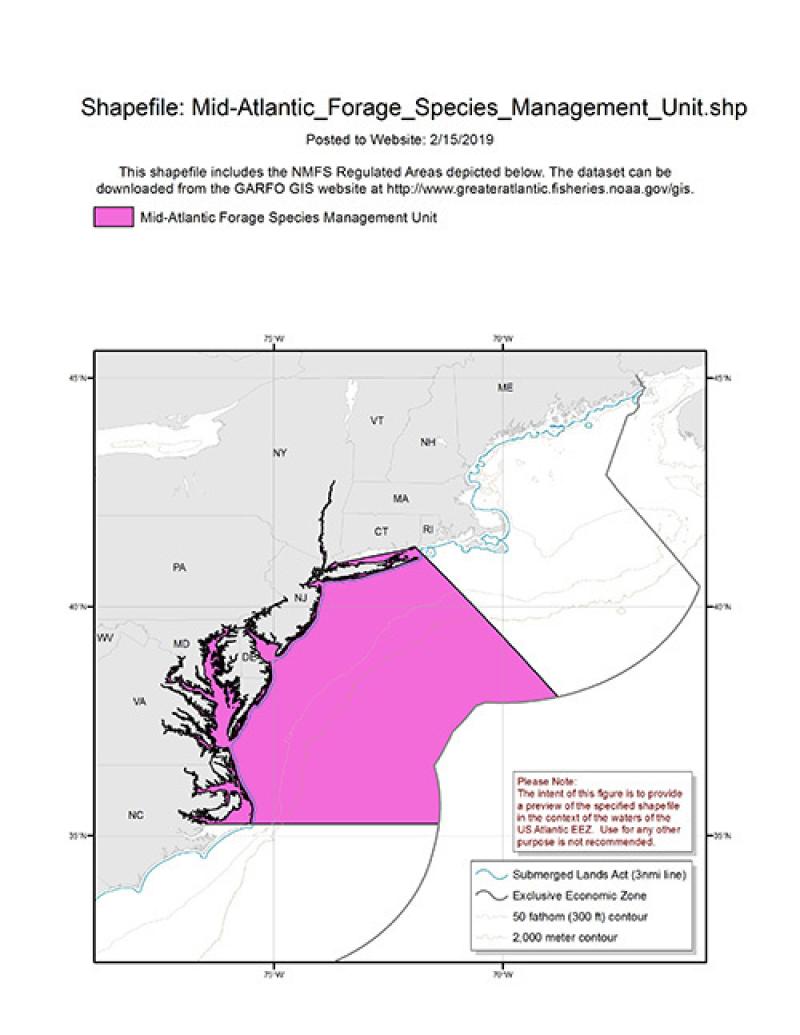 Forage species are small fish and invertebrates that feed on smaller marine organisms such as plankton and are in turn eaten by many species of fish, sea birds, and marine mammals. Forage species play an important role in sustaining the productivity and structure of marine ecosystems by facilitating the transfer of energy from the lowest levels of the food chain to higher levels.

The Unmanaged Forage Omnibus Amendment maintains recent catch levels for certain forage species and species groups while collecting additional information on the catch of these species.