This dataset depicts the boundaries of the New Jersey Special Management Zone Areas. 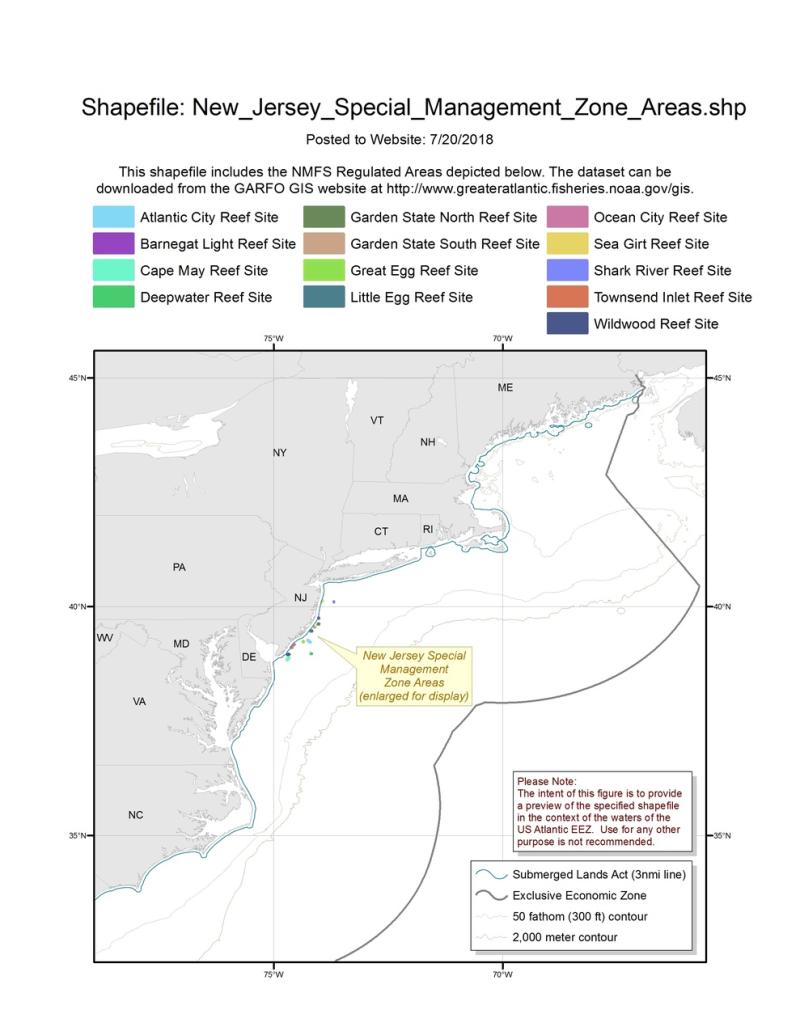 Regulated areas included in this file:

Because GIS projection and topology functions can change or generalize coordinates, these GIS files are considered to be approximate representations and are NOT an OFFICIAL record for the exact regulated area boundaries. For information on the official legal definition refer to the Use Constraints metadata section.