Learn how NOAA estimates the number of Hawaiian monk seals and accounts for uncertainty in the numbers. 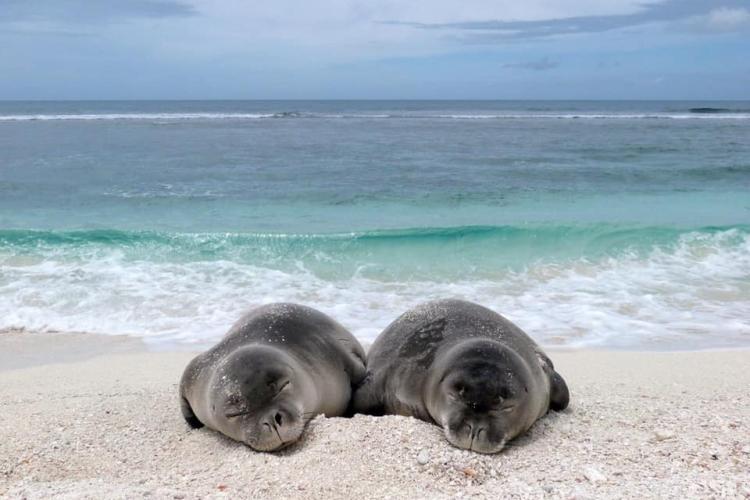 The Hawaiian monk seal is unique as the world’s only tropical seal and one of the only native mammals in Hawaiʻi. With around 1,500 animals in the population, this seal is endangered under the Endangered Species Act. We closely monitor this number to ensure that the population can recover and continue to fill its niche in the island ecosystems. Monitoring population numbers and trends is one of the important steps we take in protecting the species. It helps us understand threats to the monk seals and take action to help them recover. We count monk seals in more than one way, which can make the numbers appear inexact.

Methods for Counting Seals in Hawaiʻi

We vary our approaches to get the best estimate possible in the different environments across the monk seal’s range. Hawaiian monk seals live throughout the entire Hawaiian Archipelago, which spans about 1,500 miles (2,500 km). Across this area are diverse landscapes, from the mountainous inhabited islands (Hawaiʻi Island to Niʻihau) to small islets and atolls of the Papahānaumokuākea Marine National Monument (Nihoa Island to Hōlanikū, or Kure Atoll). Finding and counting all of these mobile animals in such a vast space presents many challenges. In fact, it would be impossible to detect and count every single seal. So, we don’t end up with a full and exact count, but with an estimate and range of possible error we’ve calculated around that estimate.

The island atolls from Lalo (French Frigate Shoals) to Hōlanikū (Kure Atoll) host most of the monk seal population. They have enough beach area that field biologists can camp on these islands without disturbing wildlife. So, in these areas, we deploy seasonal field camps. We schedule the 3–4 month camp season to overlap with the peak season of pupping so that biologists can monitor reproductive rates in addition to seal counts. This is also the best time to apply identification tags to seals’ flippers as the pups first separate (wean) from their mothers.

The field camp biologists survey the islands many times throughout the season. Each time, they traverse the full coastline of an island (or islet in an atoll), and identify each seal, either by flipper tags or other distinguishing markings. By the end of the season, biologists can determine whether all seals at an island/atoll have been counted in the season. How? Scientists use a discovery curve to plot the cumulative total number of seals they’ve seen with each additional survey throughout the season. If, after many surveys, they see no new seals, we consider the seals fully counted. However, biologists often see new seals even as the field season comes to a close, suggesting that there are likely more out there. In these cases, biologists may use mark-recapture models to estimate the total number of seals based on how often they saw the same seals across multiple surveys.

There are many sources of what scientists call “uncertainty,” but a long season of repeated surveys helps keep it low. During shorter seasons, field biologists may not count every seal or tag every pup. If some animals don’t have or lost flipper tags, small inaccuracies may show up in the estimates.

We cannot camp on all of the islands. Nihoa and Mokumanamana in Papahānaumokuākea Marine National Monument are both culturally important and biologically sensitive. Niʻihauin the main Hawaiian Islands is home to a small community of people who live and work there.

These islands are visited just once or twice per year as NOAA ships transport our field biologists to and from the Papahānaumokuākea Marine National Monument. Biologists have just one day to survey all the beaches of these islands. They can only count thenly seals that are hauled out (laying on the beach) on the day of the survey. Thankfully, after many years of studying monk seals, our scientists have a good idea how much time seals spend hauled out versus swimming in the water, so they are able to use a correction factor to estimate the total number of seals on the beach during one survey.

Time limitation is the biggest source of uncertainty with this survey. In just one day, many seals are out at sea, and the correction factor is not as precise as having counted the seals themselves on the beach. During these brief surveys, we don’t accumulate the data to overcome as much uncertainty as we can in the longer field camps. There are even times when weather simply prohibits launching small boats to survey the islands when the ship is in the area, so we don’t get a chance to survey these islands at all.

The eight main (inhabited) Hawaiian Islands are much larger than those in Papahānaumokuākea Marine National Monument. While field biologists can easily walk the 5 miles around Laysan Island in the monument, the main islands have hundreds of miles of coastline, making it impossible to regularly survey every beach. However, these islands have another asset—a large and engaged human population! NOAA relies on volunteer organizations and members of the public to report seals when they see them on the beaches.

Everyone can help monitor the population by reporting seals to the sighting hotline: 888-256-9840. Please remain at least 50 feet away from the seal and use your camera’s zoom feature to look for identifying markings or tags.

Remember—seals on the beach are not in trouble; they haul out to rest, an important part of their daily activities. If a seal is injured, it will probably have visible fishing hooks, lines, or wounds on its body, and only permitted professionals may approach a seal.

Biologists tally the number of individual seals identified and reported on beaches throughout the year. We consider this the minimum count because we can be certain they exist in the population. However, we expect that some seals go uncounted.

Reports from the public produce their own uncertainties. In some cases, the public, just like our biologists, may not see tags or distinguishing markings to identify the seals. And they may not see seals that strictly use remote areas. However, years of tracking seal sightings and seal movements suggest that most seals move around the island enough that we are likely to see them at some point over a year. That’s a benefit to the islands populated with a responsible and caring public—watchful eyes are available year-round.

When the Numbers Change

The number of living monk seals changes with every birth and death in the population throughout every year. So the population estimate for any given year is always an approximation, really reflecting the number of seals we estimate were alive at some time during that year.

Our estimates can fluctuate from year to year because the numbers of seals fluctuate (more births or deaths) or because survey accuracy may fluctuate (changes in field season duration, weather, missing seal tags). But not all fluctuations are cause for concern about the population. So, how do we make meaningful comparisons between years?

Our scientists use a couple of tools to help judge changes in the population trend. First, we calculate a confidence interval (a range around the estimated number). We use it to measure our uncertainty about each year’s estimate. Basically, it’s a range from a more conservative to a more liberal count, based on the various limitations we’ve described and the variations we’ve seen over the years. If we estimate in one year that there are 1,400 monk seals, give or take 100, then we would not consider it a great change if the following year we estimate 1,350 or 1,450 monk seals. Further, while we see decreases in some years and increases in others, we also monitor changes over longer periods of time, which have recently shown an overall increase in the population. This helps to provide a greater context for the changes in numbers. For instance, from 2013 to 2021, population estimates did vary from year to year, but over this whole time period, the overall monk seal population grew at an average annual rate of 2 percent. 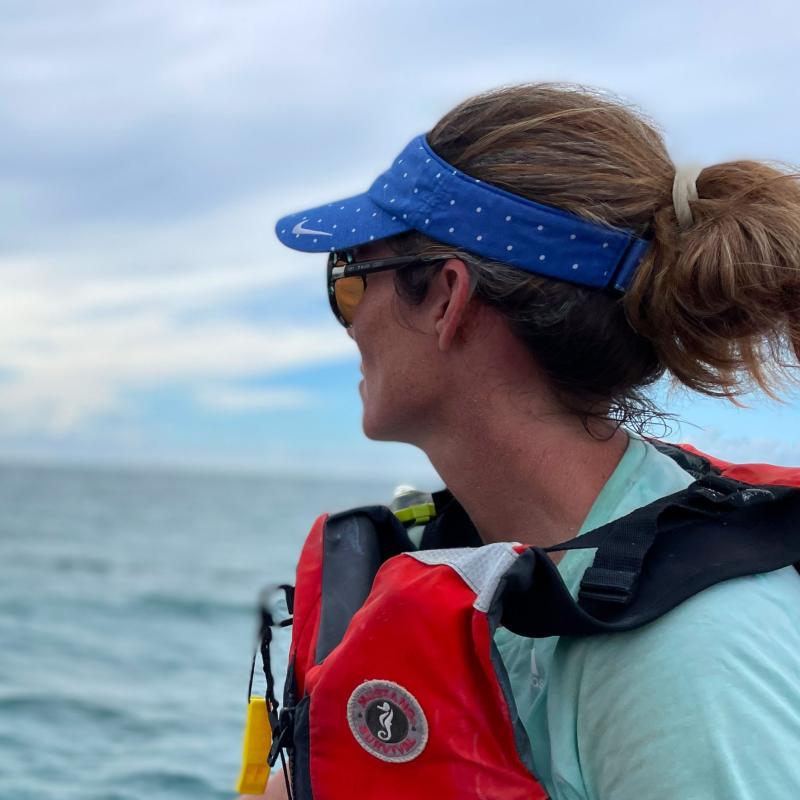 Stacie served as the Operations Lead on the 2021 research cruise deploying field camps in Papahānaumokuākea. Stacie works as a Research Ecologist for NOAA’s Hawaiian Monk Seal Research Program, and this is her seventh season working in Papahānaumokuākea. When not at sea, she analyzes data related to the biology and threats faced by monk seals in an effort to support the species’ recovery.

Last updated by Pacific Islands Fisheries Science Center on May 04, 2022