Going "Sealing" From The Gloria Michelle

Every year scientists from the Northeast Fisheries Science Center make a trip to Muskeget Island to gather information during gray seal pupping season. This year they tried a different approach. 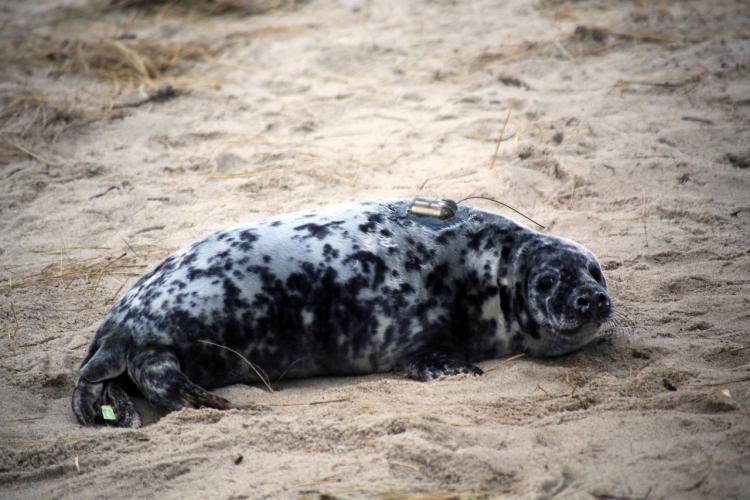 For some New Englanders, January means settling in after a busy holiday season, lighting a fire, and breaking bread with friends. For those who study gray seals, however, it means pupping season—and that means traveling offshore in a small boat to capture animals.

Our crew normally targets Muskeget Island, the largest gray seal colony in the nation, just a few miles northwest of Nantucket. The shoals around the island demand a small boat that doesn’t draw much water and that can handle currents or “chop” during a beach landing. To make the transit from Woods Hole—a 45-minute ride—we need relatively calm seas, something that doesn’t happen too often on Cape Cod. Also, daylight is short. Each year it’s a challenge to figure out how 10 researchers can safely set foot on the island. 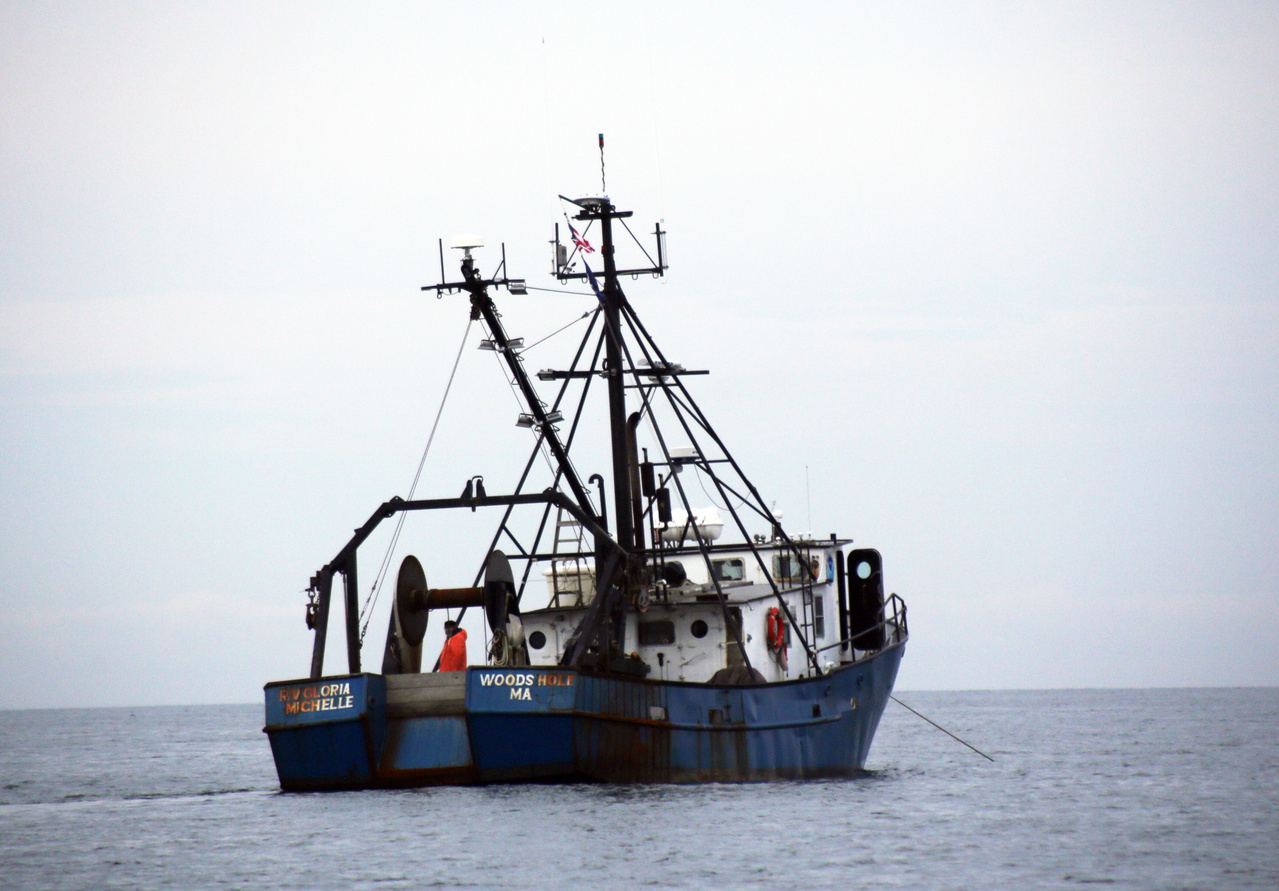 This year we decided to try something different: using the Northeast Fisheries Science Center’s research vessel Gloria Michelle as a staging platform to access Muskeget. If we could anchor a mile offshore, we could launch a small boat from the ship to get to the island each morning at the crack of dawn and work until nightfall.

We were not “sealing” in the way the term might have been used for whaling vessels in the 1800s. Rather, we were using the ship to capture animals and pursue scientific questions about seals. Much to everyone’s delight—I might even venture to say “surprise"—our plan worked! Thanks to the Gloria Michelle’s amazing crew (Captain Ben VanDine, Lieutenant Junior Grade Alex Creed, and deckhand George Morton) and our experienced and capable small boat handlers (Eric Matzen, Leah Crowe, and Tyler Staples) we landed safely on the island.

We had several objectives:

All this information improves our knowledge of gray seal ecology throughout the Gulf of Maine and Mid-Atlantic. 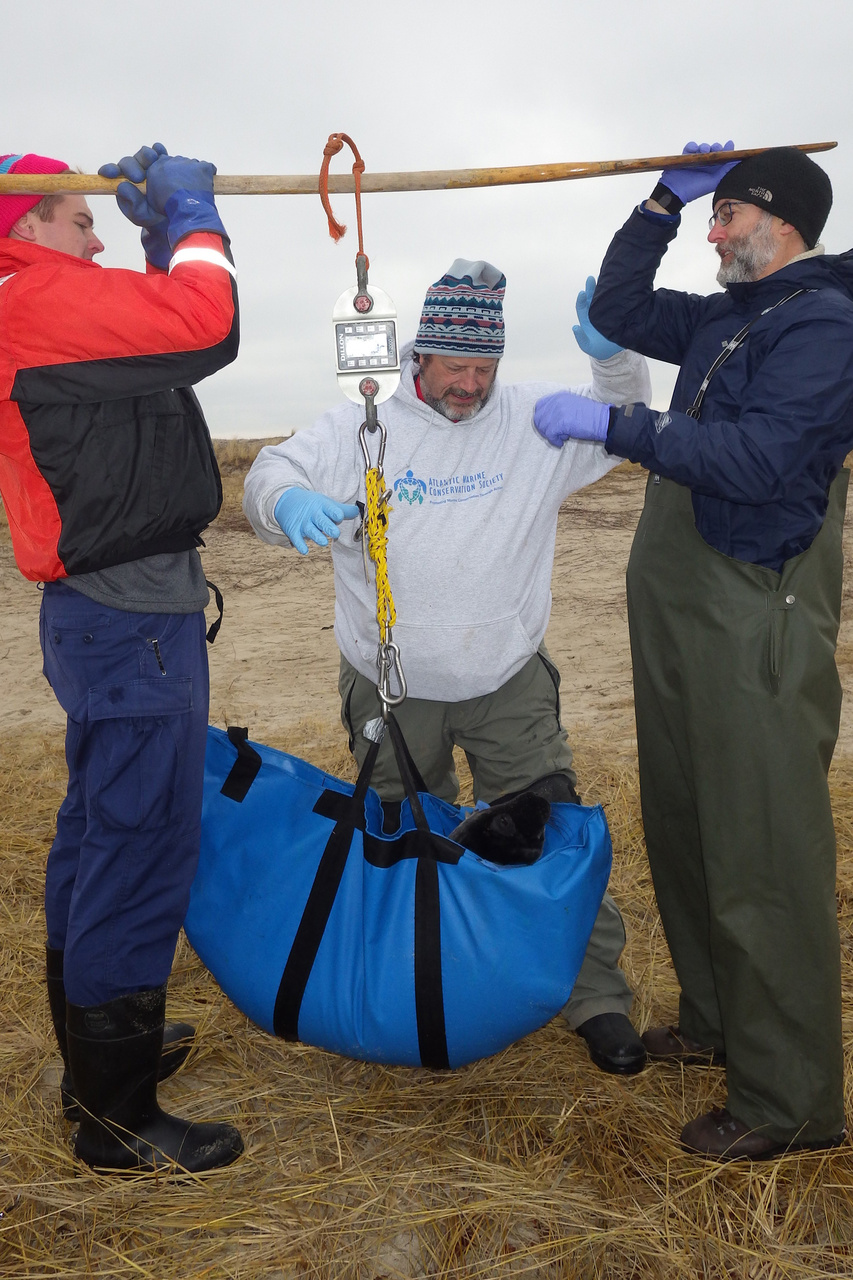 Although we had to return prematurely due to incoming weather, after just 2 days on the island  we achieved most of our sampling goals. We deployed 13 satellite tags and nine acoustic tags, captured and sampled 27 pups, and flew several drone flights. Our incredible scientific team worked together extremely well to get the job done: Rob DiGiovanni, Lynda Doughty, Jon Runstadler, Eric Matzen, Tyler Staples, Leah Crowe, Alex Creed, Beth Josephson, Mike Jech, and myself.

When we weren’t working with the animals I tried to take time to appreciate the scenery. Muskeget is a beautiful, nearly uninhabited island of beach, grass, scrub brush, and lagoons. This is where the seals come to have their pups and mate each winter before heading back out to sea again. We mostly stayed in one spot working up pups, but when you climb to the top of a dune you can look across the island and see seals on the opposite side.

There’s a ring of seals around the island: females nursing pups or giving birth, pups that have weaned (the ones we work with), and males trying to mate with females. It’s a thriving scene of life and vitality for the most part (there is a good share of dead pups on the island). Occasionally we might spot an eider, a snowy owl, or a native vole, but mostly it’s seals. A truly wondrous thing, I think. I tip my hat in gratitude that I can work in such a place with such amazing people.

Maybe I can wait until February for that cozy fire.

All photos were taken with a research permit.

Last updated by Northeast Fisheries Science Center on May 26, 2022