Scientists seek out the tiniest catch, larval fish in the Gulf of Alaska. 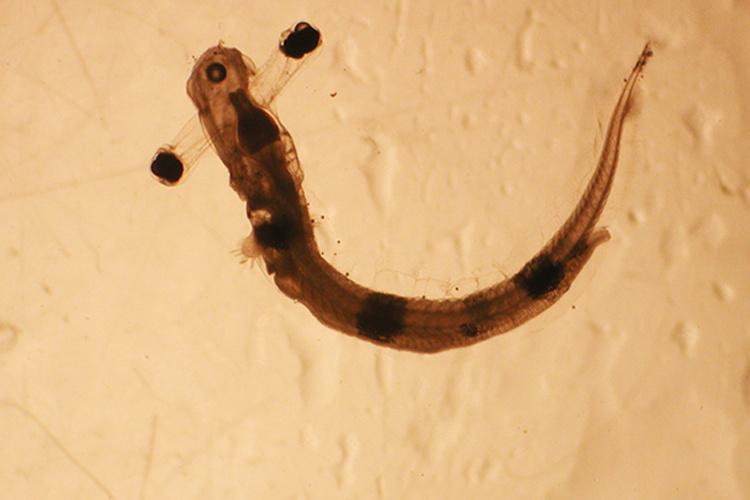 The Curious Transformation of Fish: Larvae to Adults

Have you ever wondered what young fish look like before they arrive on your plate as an adult? Larval fish and adult fish often look very different. So far, we have successfully caught fish larvae at all 51 stations we have sampled and many of the species we have encountered are commercially important. We’ve found walleye pollock, rockfish, sablefish, arrowtooth flounder, Pacific cod, Pacific sand lance, and slender blacksmelt.

We have also caught some squid, krill, and copepods.

This is my first trip sampling larval fish in Alaska so I am eagerly sorting through our catch after every net haul! I saw many of the species we are catching now about eight years ago when I was a summer intern working with the Center’s Groundfish Assessment Program. We only caught adults during those trips. Now, I am revisiting the region and looking at the earlier stages of fish and many of them look very different from the adults. 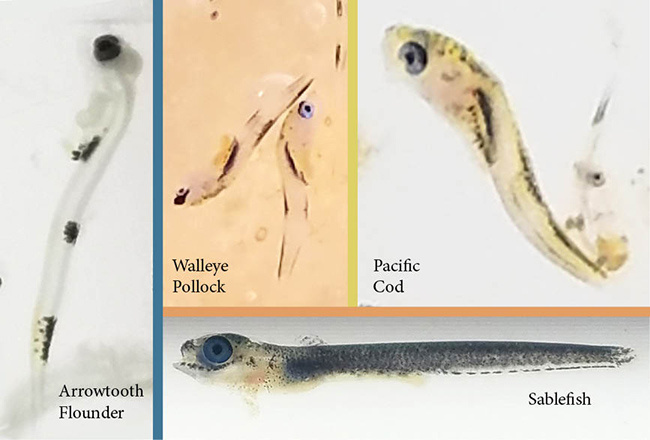 Newly hatched larvae do not yet have fins and their bodies are transparent. However, as they develop, the young fish will transform and begin to resemble the adults. Similar to a caterpillar maturing into a butterfly, many larval fish metamorphose and do not resemble the adult form until they are juveniles. It is as juveniles that fish develop fins, scales, and coloration similar to adults. When this transformation happens varies by fish species but for most of the species we are researching, it occurs early, during the first few months of life.

We are interested in studying the early stages of fish because their habitat needs can be extremely different from the adults. For example, adult sablefish (also known as black cod) live along the bottom at depths up to 1,500 meters -- that is equivalent that is equivalent to more than eight Space Needles stacked on top of each other. The larvae and juveniles live in the top few meters of the water. 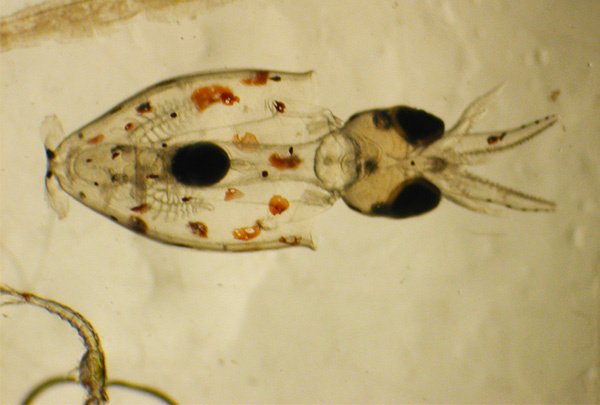 We know a lot about the adults but we know very little about the earlier stages, which are the most sensitive times for a fish. We continue to learn about what larvae need from their habitat in order to survive and reach adulthood. That is why during this survey we classify the larval fish species we encounter and record the temperature of the water, how salty it is, and what food is available to the larvae. With these data, we can identify the various habitat needs of fish larvae and determine how their needs differ from the adults in order to understand the factors that affect survival in the early stages. 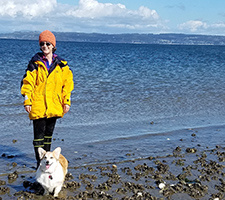 Ali Deary is an East Coast transplant to the Pacific Northwest. While she has been to Alaska as an intern in previous surveys, this research mission is her first as a NOAA employee. Ali graduated with a bachelor’s degree in marine biology from the College of Charleston and obtained her doctorate in marine science from the College of William and Mary.

For her dissertation, she looked at how bone development influenced foraging in early stage fish in the Chesapeake Bay. She joined the Ecosystems and Fisheries Oceanography Coordinated Investigations team in January. In her free time, Ali enjoys exploring the Seattle area with her corgi.

To learn more about big fish, scientists must start from the beginning. That’s why for the next three weeks biologists will be skimming the waters of the western Gulf of Alaska in search of the tiniest catch. They’ll be taking water samples and seeking out larval walleye pollock, sablefish, Pacific cod, and flatfishes—the future of Alaska’s fish stocks.

Last updated by Alaska Fisheries Science Center on May 24, 2022