I Found a Message in a Bottle

A 21-year-old message in a bottle found its way to the remote Northwestern Hawaiian Islands field camps! 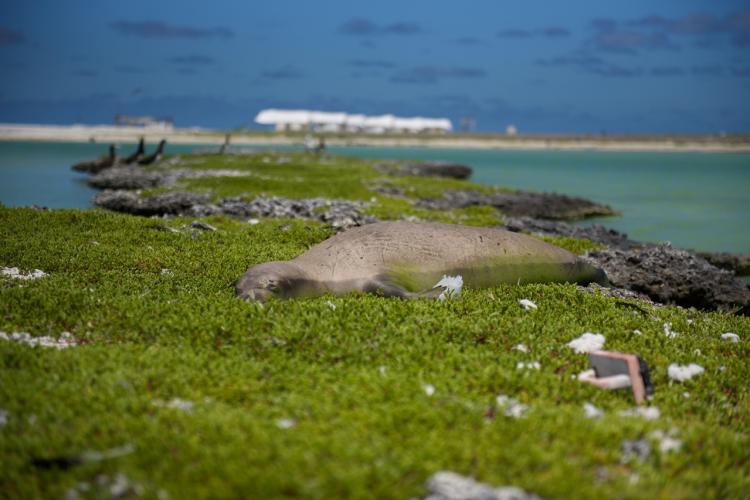 It’s a typical day at Pearl and Hermes Atoll working for NOAA's Hawaiian Monk Seal Research Program. The sun is out and the electric blue water undulates calmly over the sandy ocean floor. My teammate slowly maneuvers the small boat towards the beach to drop me off on Bird Island, one of the smallest islets in the atoll. It’s nearing the end of the work day, and this is the last island to survey before we head back to our camp on Southeast Island.

Hopping off the bow of the boat I land on coarse sand and walk up the shallow berm. Standing at the high-tide line I pull out my survey gear, camera, binoculars, and data sheet. I start the short walk around Bird, it’s so small that the walk around usually takes 4 minutes. 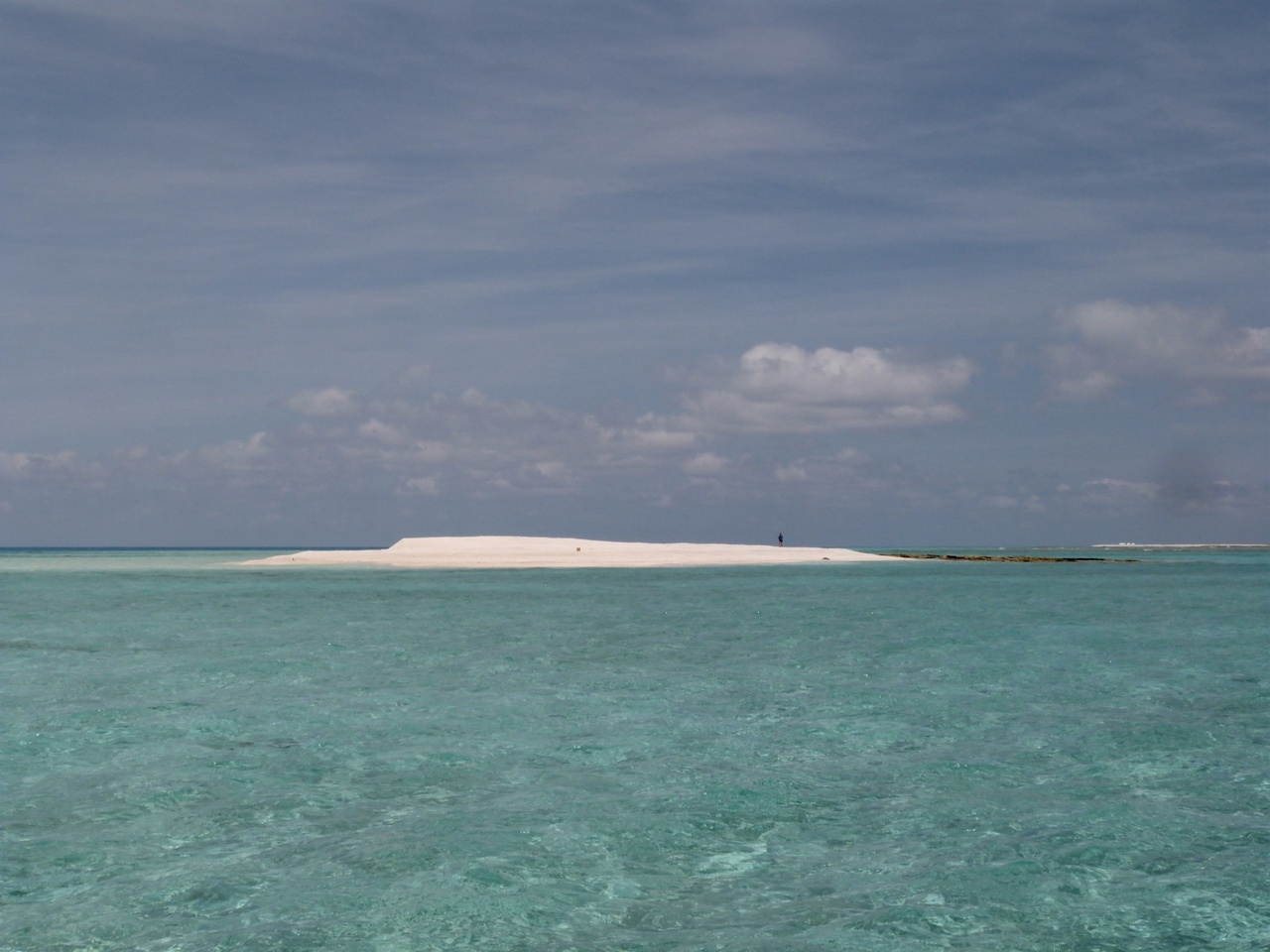 Photo of a field camper surveying Bird Island. These islets are important habitat for the endangered Hawaiian monk seal, who calls the atoll home. The sandy islets provide safe beaches for nursing moms and pups, juveniles, and other resident species. Photo: NOAA Fisheries.

I’m looking at my data sheet as I walk. I glance around to check for any seals when I spot something ahead of me. At the high tide line is a bottle. Nothing is special about that, the atoll is littered with plastics and glass bottles. But this one is different: I can see that there’s something inside. Walking over to the bottle I pick it up and examine the contents. Instantly I realize what I’ve found: a message in a bottle. Inside are rolled up pieces of paper, and on further examination I can make out some typed words. Excitement takes a hold of me, and I wave the bottle in the air for my teammate to see offshore. Packing the bottle away, I finish the survey, meet the small boat, and head back to camp. 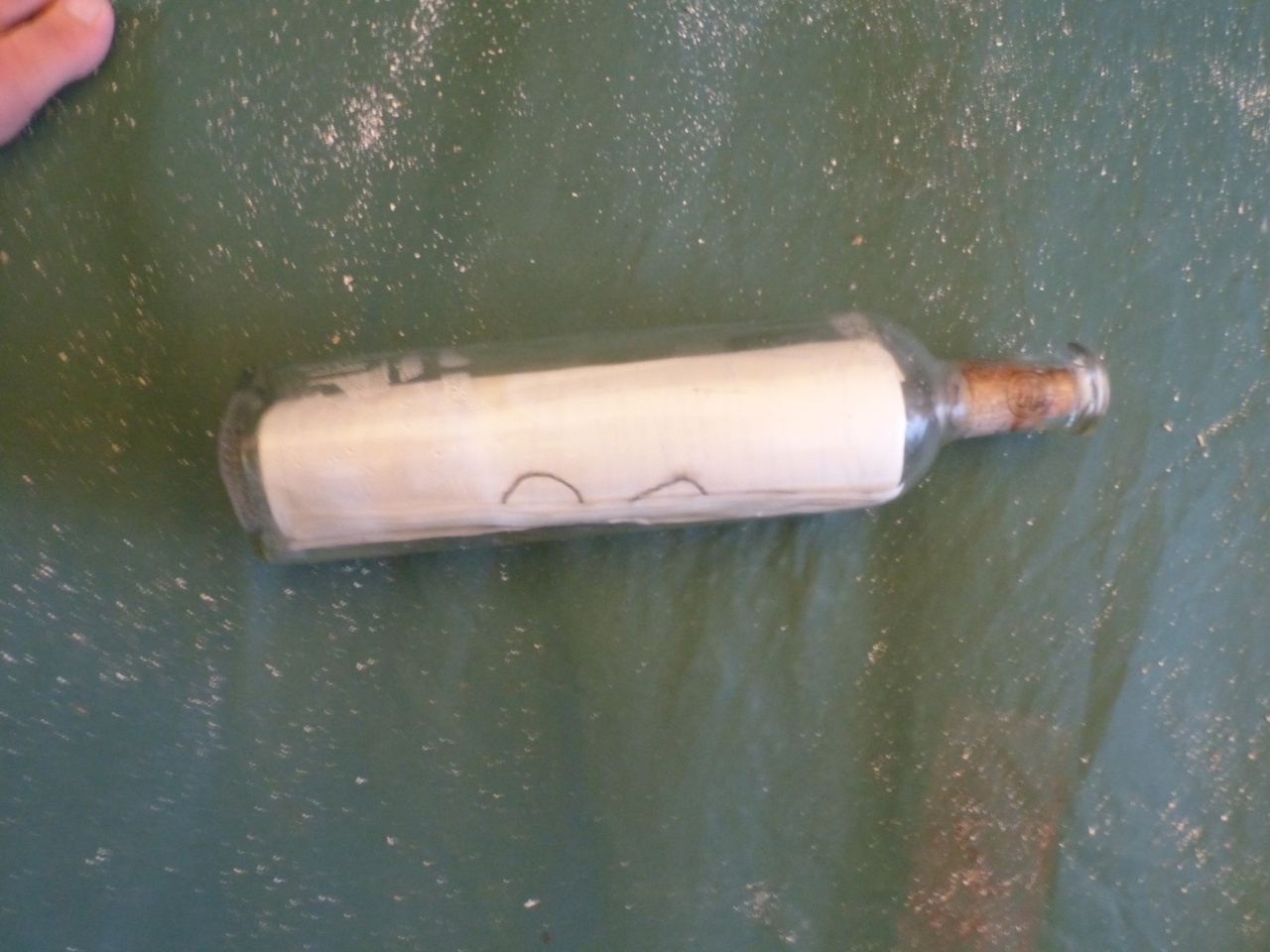 The message in a bottle found on Bird Island.

The six tents that we call home get bigger and bigger on the horizon, until we’re back on Southeast Island. After unloading the small boat and getting everything put away for the day, I sit and work on data, anxiously waiting for the other two members of the team to get back to camp so I can share what I’ve found.

Later when everyone is back, we all gather to finally open the bottle. The cork comes off easy, the hard part is getting the papers out. After a few attempts, they slowly come out. The papers are a little damp and tightly rolled.

Uncurling them, the letter becomes visible. No. Way. I thought. The letter is dated back to June 15, 1998, from a kindergarten class in North Bend, Washington. The teacher explains that the class wrote this letter and had it dropped in the ocean between Hawaiʻi and San Francisco. It goes on to include a question from each student in the class: Nick wants to know if we have any gold, Erinn wonders if we like cats, and Tyson asks if there’s a volcano near us. The next page is a class picture featuring all of the students and the teacher. We sit and match each student to their question, wondering how old these kids are today and if they even remember writing these questions. The final three pages are student drawings, featuring the Cascade Mountains and now-illegible scribbles that have been bleached by the sun. 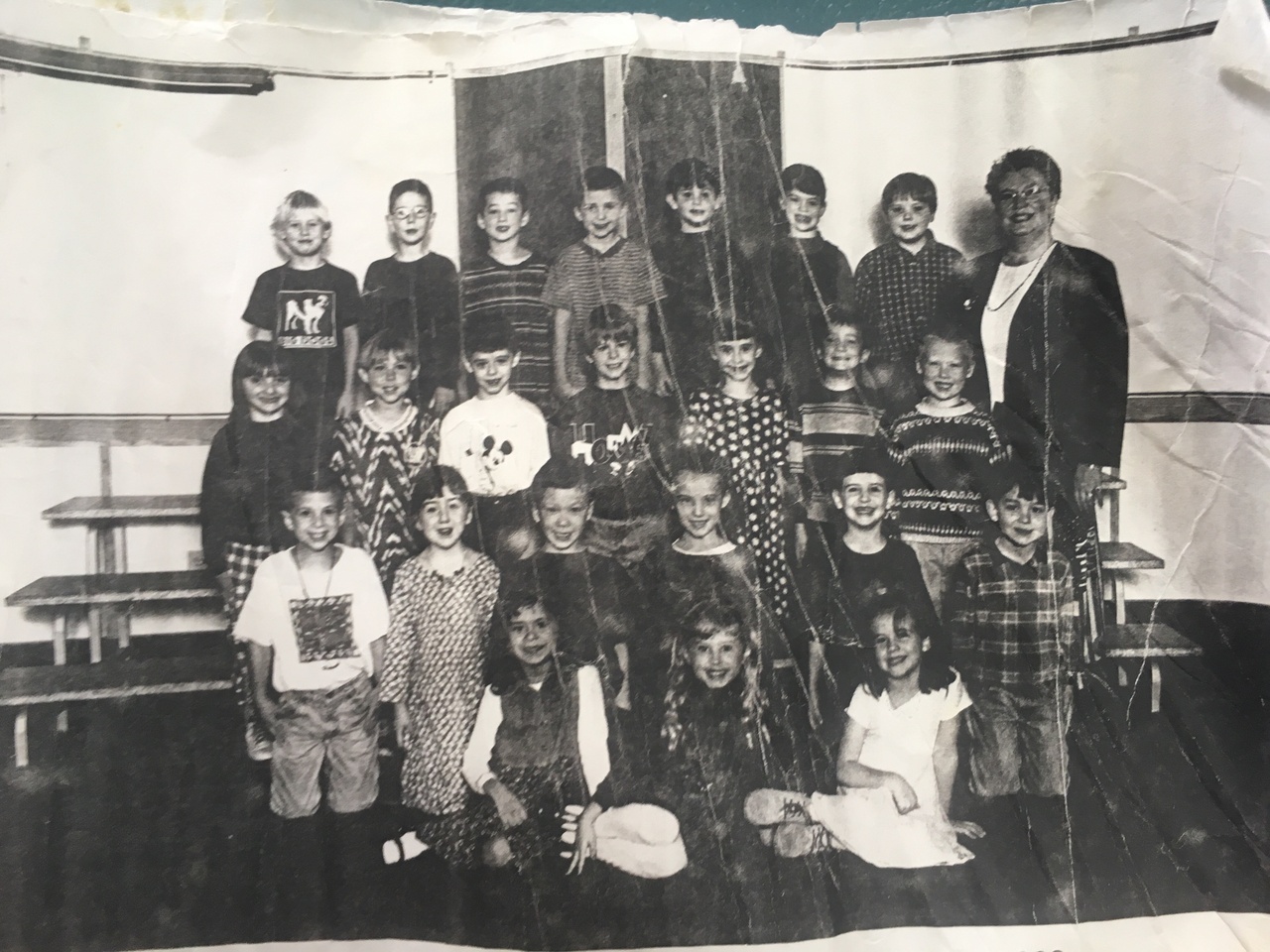 The kindergarten class photo included in the bottle.

What a find, I think. After over two decades floating in the Pacific Ocean, somehow this bottle made its way to our little atoll for us to find. Thinking about it, I realize I was only 3 years old when the bottle was sent out, that it has been floating in the Pacific for almost as long as I’ve been alive. The letter includes the contact information for the school, and we decide to reach out and let them know it’s been found.

Why is finding this message so exciting? Well when you’re in the field there isn’t a lot of contact with the outside world. For months at a time the only people you see are your teammates, and the only form of contact with friends and family is through satellite email. Finding this bottle opened up the possibility of making a new connection and interacting more with the outside world. 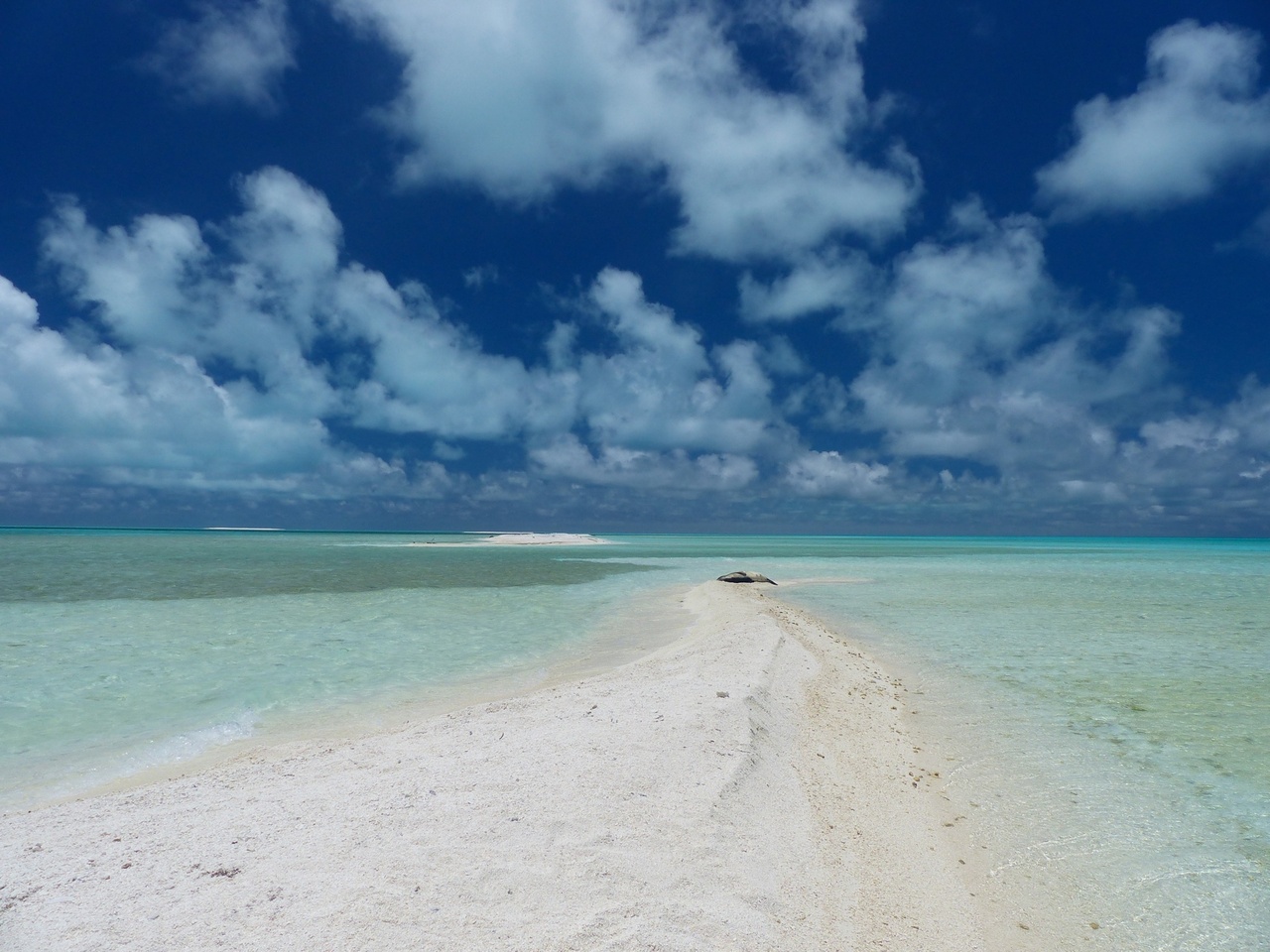 Two months or so after I found the bottle, I was able to get in contact with the teacher of that afternoon kindergarten class, Mrs. Mary-Lee Johnson. Mary-Lee, now retired from the school, still spends her time educating through volunteering. She told me that her husband was the one to send out the bottle. He was sailing in the 1998 Pacific Cup race from San Francisco to Hawaiʻi when he tossed the bottle overboard somewhere past the Continental Shelf. After a decade, Mary-Lee assumed the bottle would never be found, that its seal had degraded and the bottle would be lost forever. Now, 21 years later, it somehow ended up on a remote island in the middle of the Pacific Ocean.

How did the bottle make its way from San Francisco, California all the way to the Northwestern Hawaiian Islands over 3,000 miles away? The North Pacific Gyre is how. Created by trade winds and the Earth’s rotation, the gyre consists of multiple currents. The California current must have picked up the bottle and eventually converged with other currents to ultimately end up at Pearl and Hermes. The atoll, which is a part of Papahānaumokuākea Marine National Monument, is uninhabited for most of the year. Although few people ever get to Pearl and Hermes, it is littered with man-made trash. The atoll acts as a funnel for marine debris, welcoming ghost nets and plastics of all kinds, including lighters, toothbrushes, buoys, toys, and even shoes. Living in this atoll and seeing first-hand the impact that marine debris has on the environment is a saddening experience, which is why it’s nice to find a little bottle of treasure in a sea of trash. 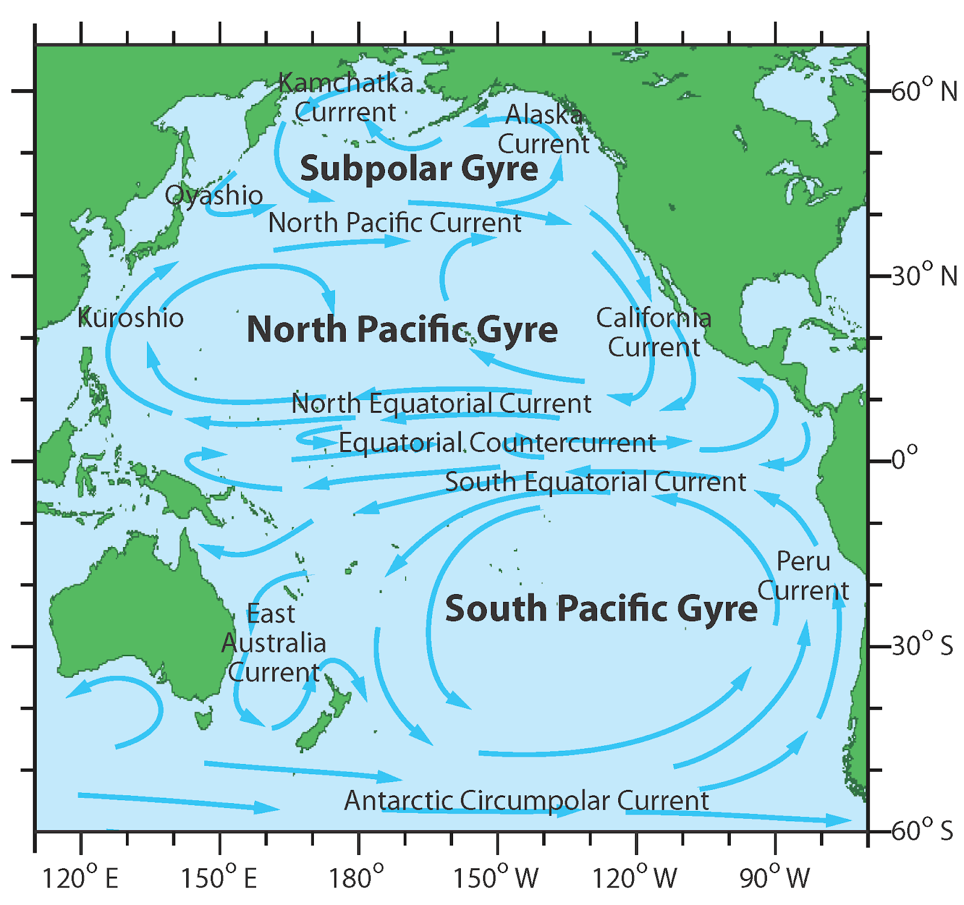 Mary-Lee is visiting Hawaiʻi later this year, and the possibility of meeting her is exciting for me. Through our emails I’ve learned so much about her and her students, who are now 26 years old. Her stories of kindergarten shenanigans make me laugh, and I hope to hear more from her. Through currents and winds, who knew I’d make a new friend in the middle of the ocean. 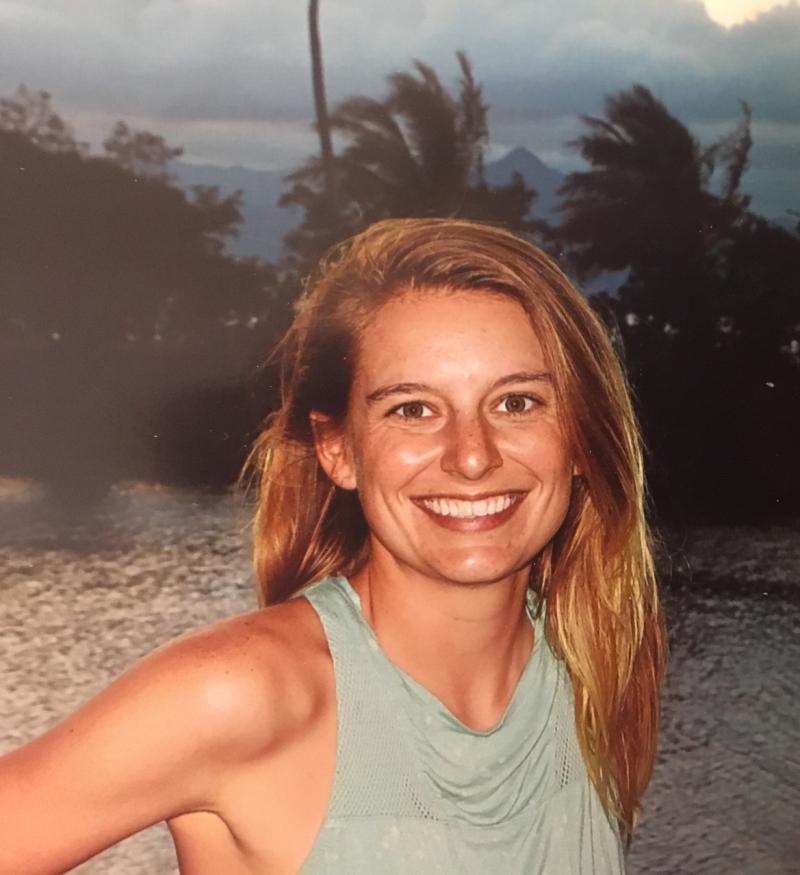 Paige Mino is a seasonal research assistant for the Hawaiian Monk Seal Research Program on Oahu. She has done two seasons of remote field work at Pearl and Hermes Atoll collecting population assessment data. She received her bachelor of science degree from the University of Hawaii at Manoa.