Task Group of the Marine Fisheries Advisory Committee, exploring the concept of a National Seafood Council as a mechanism to support the U.S. seafood industry.

Concept for a National Seafood Council 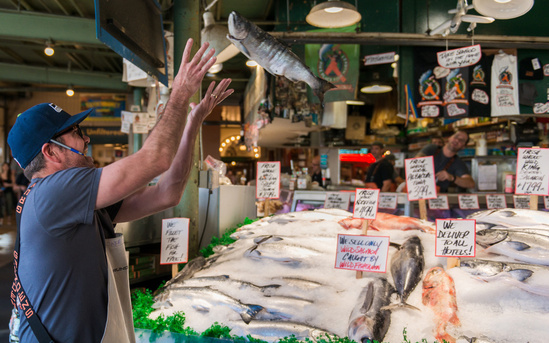 For the past two years, the Seafood Task Group under the Marine Fisheries Advisory Committee (MAFAC), has been looking into what the government can do to help improve consumer confidence in, and subsequently consumption of, U.S. seafood in the United States.

The Task Group believes there is a need to elevate the narrative of the nutritional value and inherent sustainability behind the management practices and harvesting of U.S. wild capture and U.S. aquaculture seafood products. They have identified that increasing the consumption of U.S. seafood could directly improve the health of the American people, and facilitating this is not only in the best interest of the seafood industry but also a service to the public.

One of the potential tools they have identified to address this is the Fish and Seafood Promotion Act. They are investigating the potential the Act may provide the seafood industry to stand up a National Seafood Council that could execute marketing, research, and education to benefit the industry as a whole.

Starting in November 2018, MAFAC began engaging members of the seafood industry on this topic in forums including panels, presentations, and individual interviews. Their goal has been to gather diverse industry input and perspectives on industry needs in the marketplace with regard to promotion and education, as well as potential challenges and benefits of establishing a National Seafood Council. Their work has also included engagement with subject matter experts on federally overseen agricultural commodity programs.

Visit the following links to view materials from past MAFAC engagements:

May 29, 2020 Webinar panel hosted by SeafoodSource, "How Do We Increase Consumption in the U.S.– Is It Time to Revisit the Idea of a National Seafood Council?"

Recommendations to the Agency

The Task Group is currently in the stage of finalizing their draft recommendations, which they plan to submit to the full Committee for consideration prior to the upcoming June 29-July 1, 2020 MAFAC meeting. At this meeting, the Committee plans to discuss and vote on the recommendations. This meeting will be open to the public and virtually accessible-- please visit the MAFAC Meeting Materials and Summaries page for information on the agenda and instructions for joining in the coming weeks. Finalized recommendations will also be posted online, once available.

What is the Fish and Seafood Promotion Act?

The Fish and Seafood Promotion Act (FSPA) of 1986 (16 U.S.C. 4001 et seq.) was established with the articulated goal to promote the consumption of domestically harvested seafood. It established two Federally managed marketing capabilities: