Observers perform biological monitoring during explosive removal of oil and gas structures in the U.S. Gulf of Mexico. 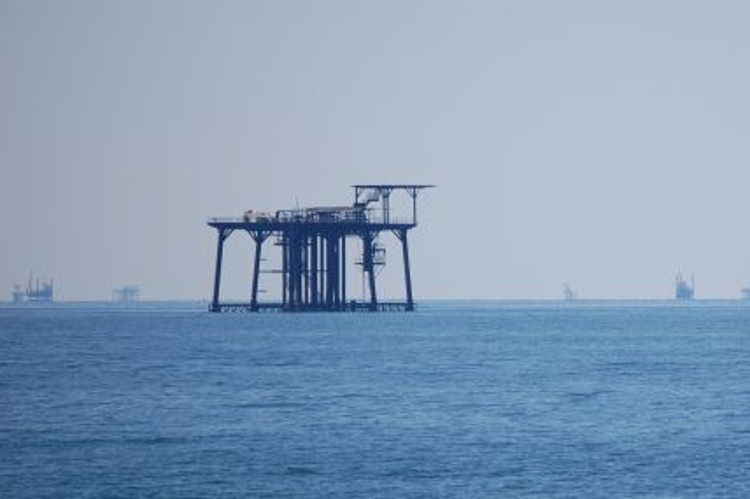 Program data indicate, approximately 2,860 structures were monitored from 1987-2018. According to Bureau of Safety and Environmental Enforcement data, at the end of 2018 there were roughly 1,860 active platforms in the U.S. Gulf of Mexico.

Since 1987, federal regulations required the use of National Marine Fisheries Service (NOAA Fisheries) approved observers to perform biological monitoring at the explosive removal of oil and gas structures in the U.S. Gulf of Mexico. In that year, the Platform Removal Observer Program was initiated to meet this requirement.

There are numerous types of offshore oil and gas structures including platforms, caissons, etc. The Platform Removal Observer Program, entails all of these although the number of platforms removed with explosives annually exceeds all of the other varieties. 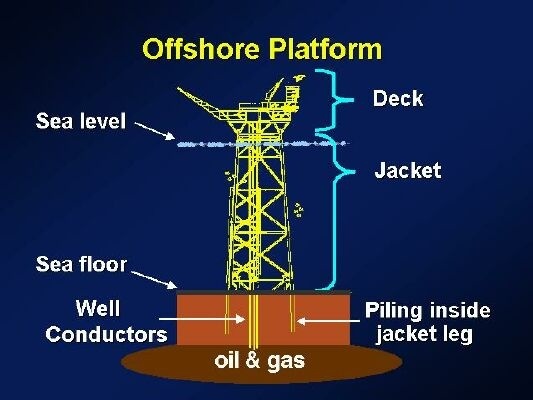 A typical offshore fixed platform has several major components. The “deck” is the uppermost part of the structure located above the sea surface. The deck is welded to the “jacket” which extends from about 10 feet above sea level all the way down to the sea floor. Steel pilings are driven through the hollow corners of the jacket into the sea floor to depths that may exceed 100 feet. It is these pilings that secure the platform to the sea floor and enable it to withstand the forces of winds and seas. Production platforms also have well conductors which extend down the drill holes. It is through these conductors that oil and gas are extracted from deep within the earth.

How are Offshore Structures Removed?

Explosives account for roughly half of all removals. There are a variety of methods and equipment used to perform explosive removal of offshore structures. In the most common platform removal method, torches are used to cut the deck from the jacket which is then lifted from the platform and placed on a materials barge. The interior of the pilings must be clear and unobstructed to permit the placement of explosive charges. Sediment is sometimes found in the lower section of the pilings below the sea floor. A water jet is used to clear out the sediment. Explosives are then lowered inside the hollow pilings to a minimum depth of 15 feet below the sea floor which is a requirement of the Bureau of Ocean Energy Management, the agency with jurisdiction over oil and gas operations in federal waters. The salvage vessel, typically a derrick barge, is then backed off a safe distance, and explosives are detonated. Pilings and conductors are pulled using the large crane on the barge, and the jacket is then lifted out of the water. Platform components may be returned to shore for scrapping, refurbished for reuse, or they may be returned to the sea at a designated artificial reef site.

In March 2020 a new Programmatic Biological Opinion for federally regulated oil and gas activities in the Gulf of Mexico was finalized. This Opinion included revisions to monitoring protocols for Explosive Removal of Offshore Structures. Monitoring requirements are summarized in Appendix I of the Opinion. All monitoring must be conducted continuously. 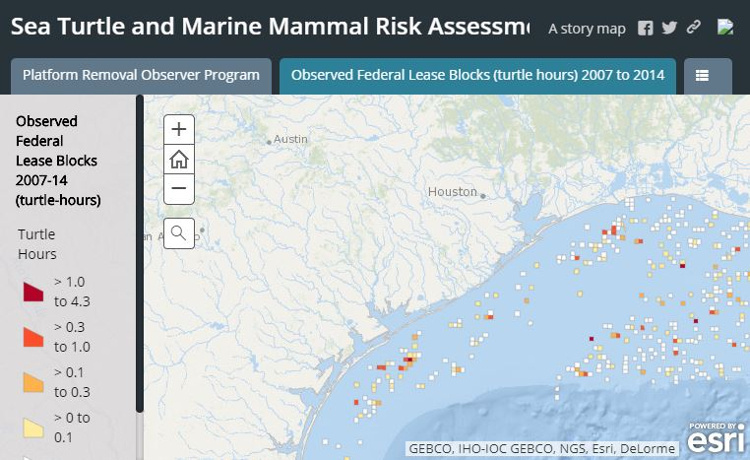 Aerial and surface observations of sea turtles and dolphins can be viewed in the Risk Assessment Guide which may be used to assess the likelihood of encountering marine protected species in the Gulf of Mexico.