The Galveston Laboratory of the Southeast Fisheries Science Center is located on grounds of historical military significance. Below is a brief timeline of the historic Fort Crockett. 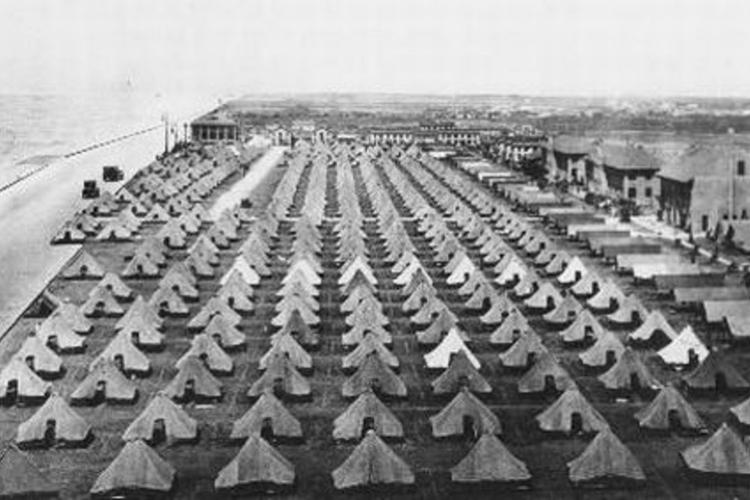 The United States government purchased 125 acres of land between 45th and 49th Streets on the beachfront of Galveston Island. A military reservation was born. Fort construction was still in progress when the hurricane of September 8, 1900 struck the island. Twenty-nine of the 129 soldiers housed at the fort lost their lives. The fort without a garrison was turned over to the Army engineers for repairs. 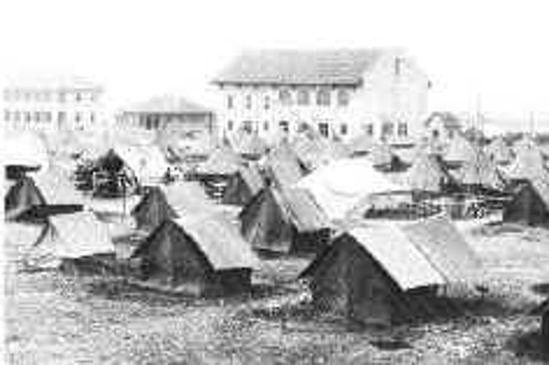 Tents in the parade grounds. Photo courtesy of U. S. Army Corps of Engineers, Galveston, TX

While under repair, the military reservation was officially named Fort Crockett in honor of Davy Crockett, a famous American pioneer who lost his life in the gallant defense of the Alamo. Fort repair and building upgrades were completed in 1910. Fort Crockett was garrisoned in 1911 with the Coast Artillery Corps.

The hurricane of 1915 blew into the encampment of a brigade, which had been stationed on the parade ground in tents since 1912; however, this time the troops could take refuge in the concrete barracks.

During World War I 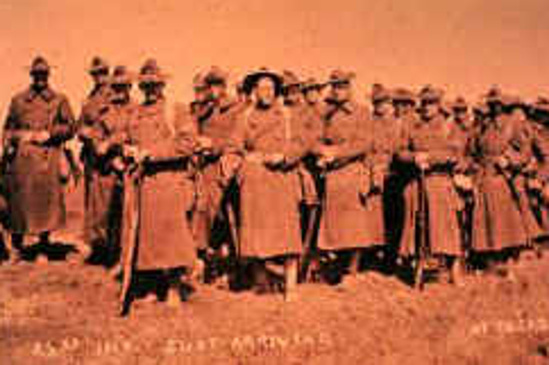 Soldiers at Fort Crockett during World War I. Photo courtesy of U. S. Army Corps of Engineers, Galveston, TX.

3,000 troops were estimated to have been at the fort at one time. All available space was covered with cantonments, kitchens and warehouses and two regiments in tents occupied the parade ground. Trench mortar units, railroad artillery and Howitzer organizations were sent across to France, and steady stream of replacement batteries left the fort. It was estimated that Fort Crockett sent 100 to 200 replacements per month. 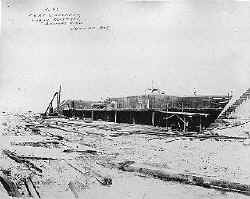 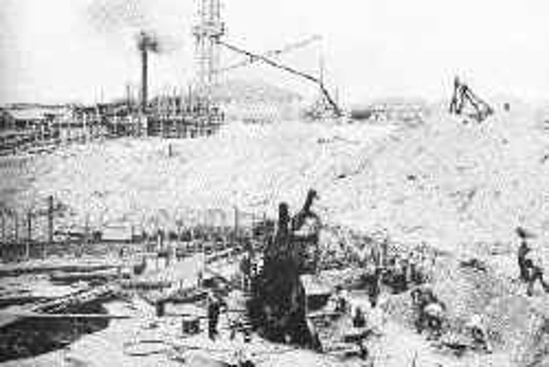 Besides training and organizing troops for the European forces, the fort was alert to danger from German submarines in the Gulf of Mexico and held its batteries ready for action. 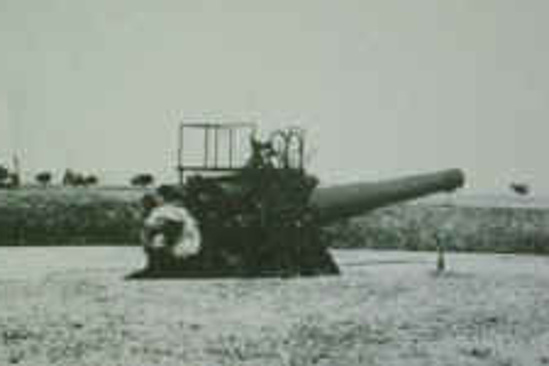 Building of Fort Crockett air strip in the 1940's. 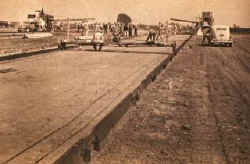 Work on the Fort batteries was resumed in 1942 when the menace of German submarines entering the Gulf of Mexico became apparent. The work was done in complete secrecy and was finished in 1943. 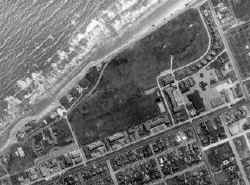 Fort Crockett became a prisoner of war camp when the first group of 165 POWs arrived in Galveston. The compound was from 53rd Street to 57th Street and from Avenue Q to Seawall Boulevard. The compound fence went across the Boulevard, down to the beach and across the beach into the water. A total of 650 POWs were detained at the camp until it was deactivated in 1946.

After having been blocked off to traffic from the start of the war in 1941, Seawall Boulevard was reopened on July 22, 1948. From 1948 to 1951 the fort was the Galveston Recreation Center for the Fourth Army. Single enlisted GI's could stay at the Recreation Center for $2 a week. There was an additional charge of  50 cents per day for dependents over the age of sixteen. Entertainment included tennis, fishing, bowling, dancing, bingo, archery, baseball, golf, sunbathing, horseback riding and much more.

Aside from groceries and pharmaceuticals, the Post Exchange building housed a billiard room, bowling alley, gymnasium, and a large wooden-floored ballroom. 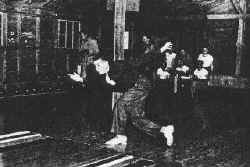 Weekly bingo games and dances were held in the ballroom. The wooden floors are still in use today. 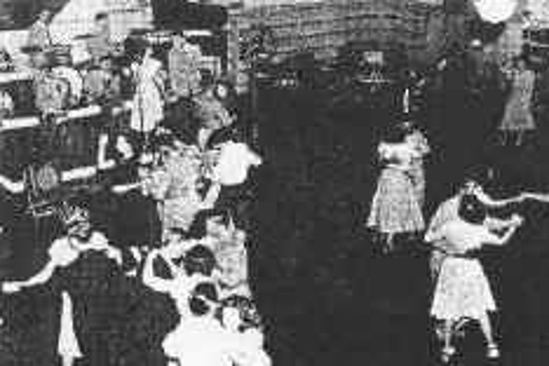 Began Bureau of Commercial Fisheries Laboratory to serve the Gulf of Mexico.

Expanded to studies of shrimp natural history and shrimp aquaculture.

The buildings and property were transferred to the National Marine Fisheries Service (NOAA Fisheries) in the newly established National Oceanic and Atmospheric Administration in the U.S. Department of Commerce.

Embarked on comprehensive oceanographic surveys of the Gulf of Mexico.  Continued to be a world leader in shrimp aquaculture research.

Began predictive modeling and ecological analyses of shrimp and fish populations.  Initiated research on essential fish habitat in Texas, Louisiana and the nation.

In 2000 following refurbishment of buildings 302 and 216, there was a Rededication Ceremony to commemorate their opening, the 30-Year Anniversary of NOAA, and 50 years of fishery research on the grounds of Fort Crockett.

The Galveston Laboratory continues to be a key federal fisheries research installation in the Gulf of Mexico through the help of its many partners.

Information on Fort Crockett was paraphrased from information provided by the Galveston Historical Foundation and research by Betty Hartman (215 Postoffice:40001, Galveston TX 77550).