The Shark Population Assessment Group at the NOAA Fisheries’ Service Panama City Laboratory is responsible for the assessment of shark populations in U.S. Atlantic Ocean and Gulf of Mexico waters. The main activities of the group include stock assessment of shark populations, but quantitative conservation biology, fisheries, life history, and ecological work is also conducted in support of these activities. 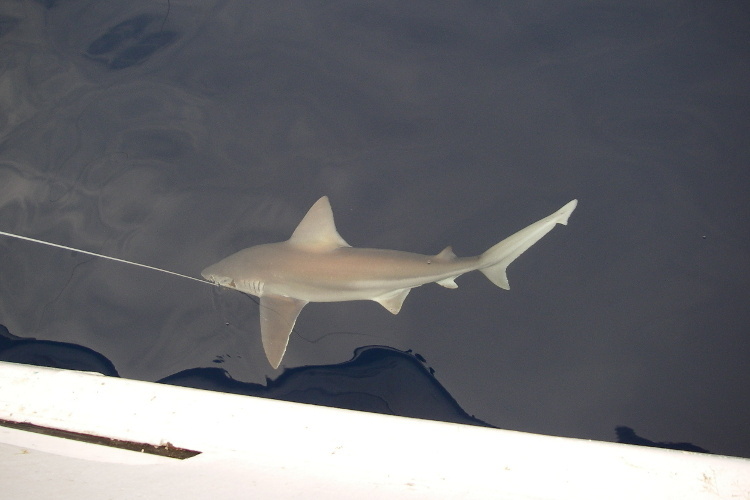 Our current research includes a collaborative ongoing field survey to determine an index of juvenile shark abundance in the coastal northeastern Gulf of Mexico and further refinement of Essential Fish Habitat requirements for sharks. Life history research includes studies on diet and foraging ecology, age and growth, reproduction, as well as distribution and movement patterns.

Research is also directed towards the recovery of smalltooth sawfish, a species listed as endangered under the Endangered Species Act. We manage two observer programs where we deploy scientists on commercial longline and gillnet fishing vessels that target sharks and coastal teleosts (ray-finned fishes) to collect information on catch, bycatch, and fishing characteristics.

We study the population dynamics of sharks through quantitative demographic methods and assess the status of shark stocks through a variety of stock assessment methodologies.

Quantitative demographic methods (life tables, age- and stage-based population matrices, as well as the Euler-Lotka equation and its derivations) are used to compute population metrics such as the per capita, or intrinsic rate of population growth (rmax), and generation time based on basic biological information such as vital rates of growth, mortality, and fecundity. These population parameters are not only important from a theoretical standpoint, but are also often used as inputs to, or to inform, quantitative stock assessments and other population models. Age-based (Leslie) or stage-based (Lefkovitch) matrix population models also allow the calculation of elasticities (proportional sensitivities) of the population growth rate to changes in vital rates, which in turn inform us about the most vulnerable life stages. We thus take advantage of the link between basic biology, quantitative conservation biology, and stock assessment to attempt to provide the most realistic depiction of the status of exploited shark stocks in Atlantic waters.

We use a variety of methods to assess the status of shark stocks in the U.S. Atlantic Ocean, including the Gulf of Mexico. Owing to the often data-limited nature of many shark stocks, emphasis has been placed on the application of data-poor methods, such as Productivity and Elasticity Analysis or Ecological Risk Assessment, and other data-limited methods, such as biomass dynamic models. However, for species with better biological and fisheries data, age-structured production models have also been used to take advantage of the additional information on growth dynamics, natural mortality rates, and gear selectivity. All these models have typically been applied within a Bayesian approach to take full advantage of the data available and evaluate the effect of alternative management options. More recently, we have been using integrated models, such as Stock Synthesis, to model and assess the status of some more data-rich shark stocks, including some Atlantic pelagic shark species like blue and shortfin makos, which are assessed by the International Commission for the Conservation of Atlantic Tunas Shark Species Group.

In addition to using biological information and length compositions collected in our own surveys, we also develop indices of relative abundance through statistical techniques such as generalized linear models for use in stock assessments. Some of these indices are fishery dependent, including those obtained from the Shark Bottom Longline Observer Program, or fishery-independent, such as those conducted through the COASTSPAN and GULFSPAN programs.

An understanding of the life history (i.e., age, growth, maturity, fecundity, and diet) of a population is important for effective conservation and management. Life history information is used for calculation of vital rates in demographic, ecosystem, and population models to predict the productivity of the stocks and ensure that they are harvested at sustainable levels. Successful fisheries management requires precise and accurate life history information in order to make informed decisions because inaccurate estimates can lead to serious errors in population assessments and possibly overexploitation.

Sharks lack hard parts such as usable scales and otoliths; therefore, information on age and growth in sharks is derived from counts of opaque and translucent bands on vertebral centra or spines. Vertebrae are collected through fishery-independent surveys, NOAA research cruises, recreational fisheries, and by observers on commercial fishing vessels. The vertebrae are processed by removing excess flesh and before sectioning.

Fishery management plans have begun to stress the need for an ecosystem approach to management. The current Fishery Management Plan for sharks gives little consideration to ecosystem function because there are few quantitative species-specific data on competition, predator-prey interactions, and habitat requirements of sharks.

Cortés (1999) presented standardized diet compositions and calculated trophic levels for a suite of sharks species in an effort to better define the ecological role of these predators in marine communities. The main results of this study suggest that sharks as a group are tertiary consumers and share the top trophic position in marine communities with carnivorous marine mammals. 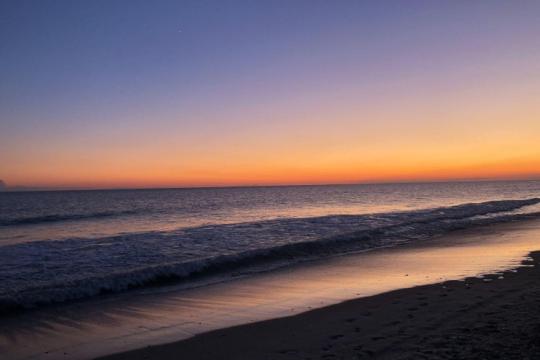