Learn more about these eight marine protected areas in the South Atlantic and the research NOAA Fisheries is conducting there. 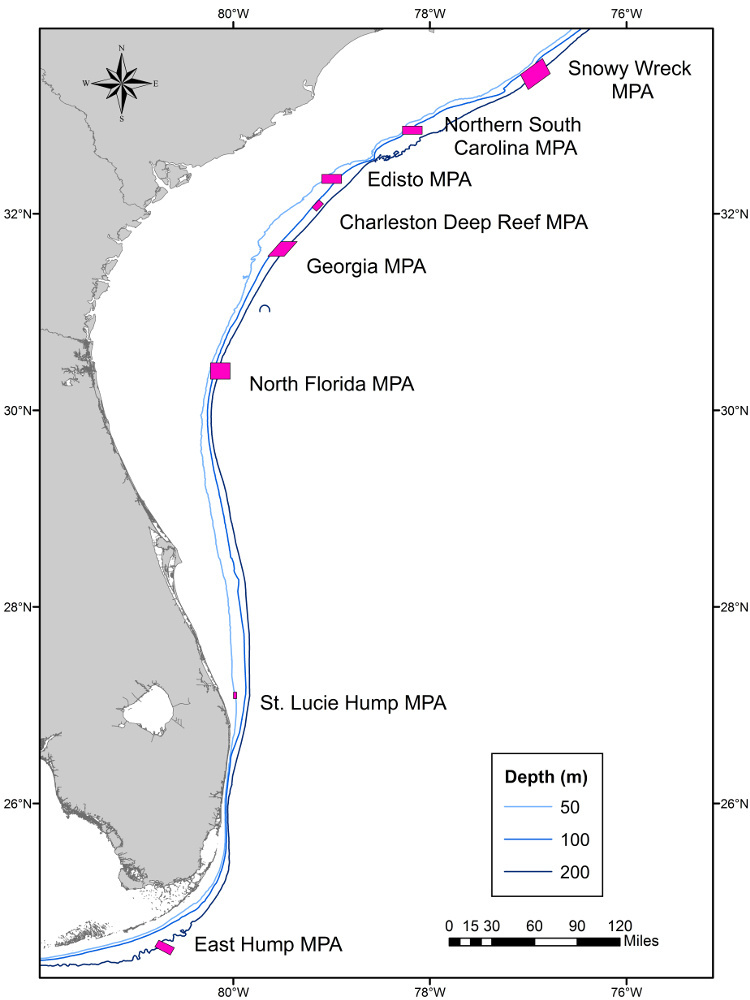 In February 2009, the South Atlantic Fishery Management Council designated eight marine protected areas—or MPAs—between Cape Hatteras, North Carolina and the Florida Keys to protect seven species of the deepwater snapper-grouper complex. These consist of five species of grouper including snowy grouper (Epinephelus niveatus), yellowedge grouper (E. flavolimbatus), warsaw grouper (E. nigritus), speckled hind (E. drummonhayi), and misty grouper (E. mystacinus) and two species of tilefish including tilefish (Lopholatilus chamaeleonticeps) and blueline tilefish (Caulolatilus microps). These species are considered to be overfished based on recent stock assessments. In addition, most of the grouper species are protogynous hermaphrodites attracted to high-relief sites where they aggregate to spawn and are thus susceptible to targeted fishing operations which may selectively remove males. The closed areas are known to contain habitat which supports populations of economically valuable reef fish including the seven targeted species and other reef fish. In 2004, NOAA Fisheries’ Panama City Laboratory volunteered to conduct annual pre-closure investigations of the MPAs and then to evaluate the efficacy of the closures since they have been made.

Our research objectives for the South Atlantic MPAs include: