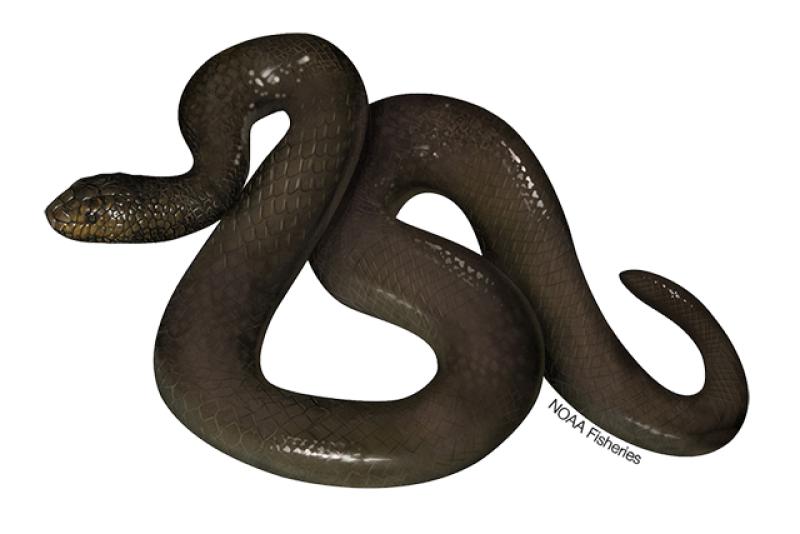 The dusky sea snake is brown, or purplish-brown, with a few faint cross-bands on its sides. It has wide ventral scales and diamond-shaped body scales that are smooth and imbricate (i.e., overlapping). Imbricate scales probably help protect the snake from abrasion on sharp corals. There are generally 19 scale rows around the neck; 19 around the mid-body; and 155 or more ventral scales. There are 6 to 8 maxillary teeth behind the poison fangs. The dusky sea snake has a laterally compressed body to be used as a paddle and valvular nostrils located more dorsally. In addition to locomotion, the paddle-like tail is assumed to help with maintaining position in the water column with increased buoyancy.

The dusky sea snake has been seen resting, swimming, or foraging between reef and sand where it preys mainly on labrid (e.g., wrasses) and gobiid (e.g., gobies) fishes, as well as fish eggs. The dusky sea snake is venomous and may stick its head or tongue into a crevice or substrate to locate prey. The specialist tendencies of the dusky sea snake make it well adapted to living on the reef, but susceptible to changes in its ecosystem.

The dusky sea snake is a benthic, coral reef-associated species endemic to the shallow (less than 15 meters deep), emergent reefs of the Sahul Shelf off the coast of Western Australia in the Timor Sea, between Timor and Australia. These reefs are relatively isolated and lie at the edge of the continental shelf over several hundred kilometers from the mainland. 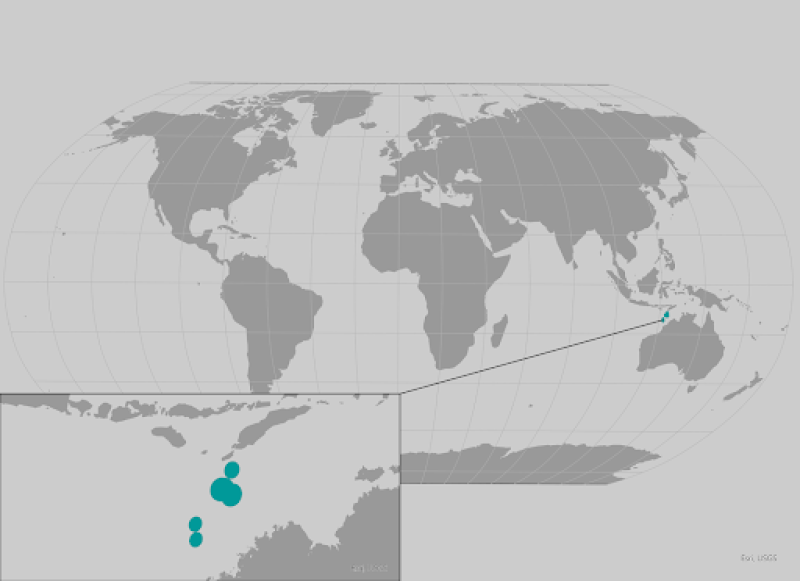 Increased water temperature is a threat to the dusky sea snake and its habitat. Temperature plays a large role in the health of a reef. The heatwave that hit northwest Australia in the summer of 2015-2016 caused the waters of Scott Reef to see a 2℃ increase in temperature during this time, with 92 percent of sampled sites along this reef system being at least 60 percent bleached. This level of mortality impacts the dusky sea snake since it is only known to reside on and around hard coral reef ecosystems and impacts its ability to find shelter and prey.

The dusky sea snake is listed as endangered under the Endangered Species Act.

In 2020, NMFS announced the initiation of a 5-year review for the dusky sea snake (Aipysurus fuscus). NMFS is required by the Endangered Species Act (ESA) to conduct 5-year reviews to ensure that the listing classifications of species are…
Notice
,
Foreign

We, NOAA Fisheries, issue a final rule to list three foreign corals and the dusky sea snake under the Endangered Species Act (ESA). We considered comments submitted on the proposed listing rule and have determined that the three foreign corals (Cantharell
Final Rule
,
National
Foreign