To understand how the eastern North Paciﬁc gray whale population is responding to changes in the environment following its recovery from low numbers due to commercial whaling, we study changes in abundance over time. 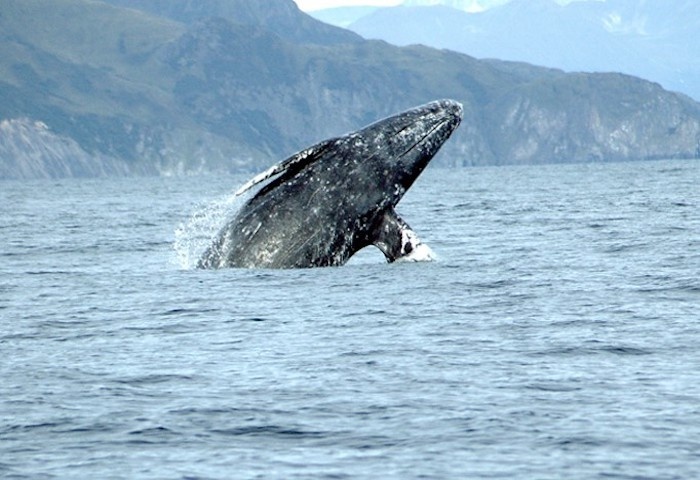 Monitoring gray whale population abundance is one of the primary focus areas for gray whale research at NOAA Fisheries. We estimate the abundance (i.e., the number of whales) of the eastern North Paciﬁc gray whale population by conducting shore-based surveys overlapping with the timing of the southward migration from the Arctic to Mexico. Surveys of this type began in 1967 and take place at our Granite Canyon ﬁeld station south of Monterey, California.

We combine new and established methods to count southbound gray whales passing Granite Canyon from December through February, including: 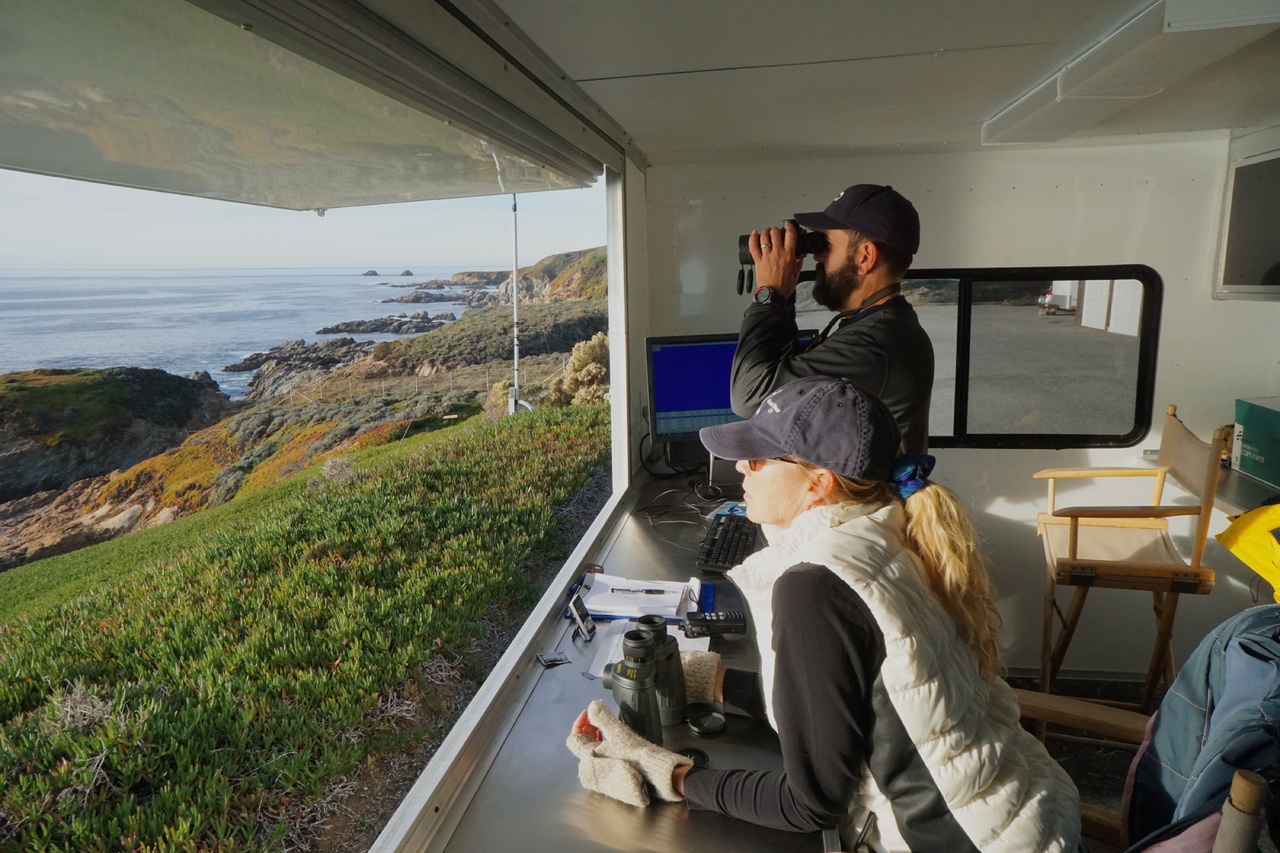 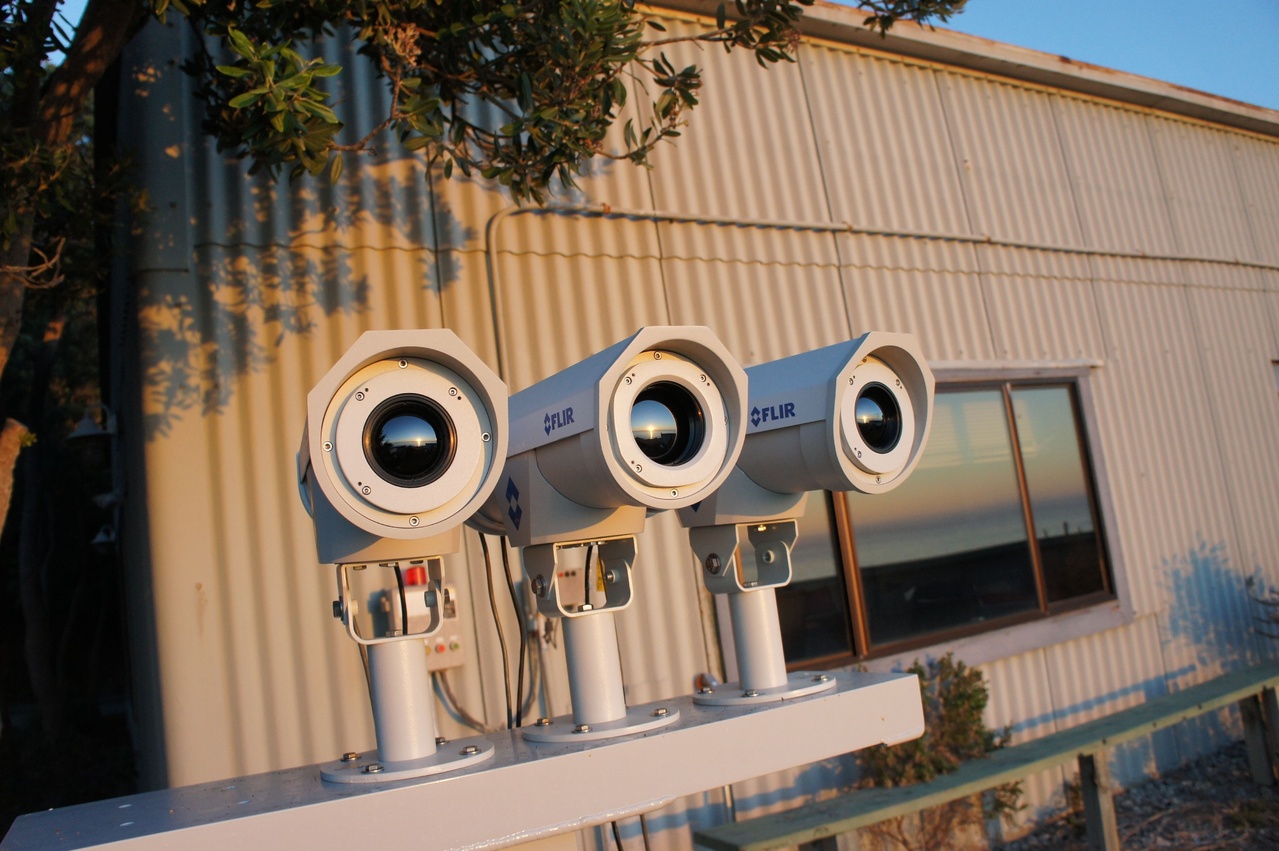 In 2016 we estimated the size of the eastern North Paciﬁc gray whale population to be nearly 27,000, which was one of the highest estimates of our data time series that extends back to 1967. Since January 2019, however, the number of dead gray whales stranding along the west coast has been elevated; this event, which continues to date, has been declared an Unusual Mortality Event (UME). The impact of this UME could be seen during our next two surveys, which estimated that the population had declined to approximately 20,500 whales in winter 2019/2020 and even further to approximately 16,650 whales in the winter of 2021/2022. Similar declines have occurred in the past, including one that was associated with a previous gray whale UME that occurred in 1999 and 2000. Following these past declines, the eastern North Pacific gray whale population has rebounded, demonstrating long-term resilience to these fluctuations. We will continue to closely monitor the population’s response to the current UME with regular surveys to estimate abundance, calf production, and body condition.

In 2020 we began testing the feasibility of using ﬁxed-wing drones (or uncrewed aerial systems) to enhance our ability to count migrating gray whales. During the winter migration, we launched a small autonomous drone from Granite Canyon. The drone flies a pre-programmed pattern, continuously collecting photographs over a roughly 700-meter-wide swath of ocean surface. Artificial intelligence is being developed to efficiently detect whales in the hundreds of images typically collected during a single drone flight. These systems can be used to sample large areas, flying up to 34 mph. NOAA’s Uncrewed Systems Research to Transitions Office supports this research.

Potential applications for this new technology include:

This project is directed by Dr. David Weller and led by research wildlife biologists Dr. Tomo Eguchi, Dr. Trevor Joyce, and Dr. Aimée Lang. These scientists also work closely with the International Whaling Commission and the International Union for Conservation of Nature (IUCN) on the conservation of whale populations Pacific-wide.