The Catch Limits Framework and this proposed rule would increase the catch limits as indicated in Table 1.

*Under federal regulations, the private angling ACT would increase with implementation of the new catch limits, but it is not currently used in management of the fishery.

Table 2: State ACLs that would be implemented with this proposed rule.  The “Federal Equivalent” is multiplied by the calibration ratio to get the “State Annual Catch Limit.”  Catch limits are in whole weight.

The comment period is open now through July 28, 2022.  You may submit comments by electronic submission or by postal mail.  Comments sent by any other method (such as e-mail), to any other address or individual, or received after the end of the comment period, may not be considered by NOAA Fisheries.

Why would the Gulf red snapper catch limits increase?

Why would the calibration ratios be implemented for the Gulf states?

When would this proposed rule be implemented?

Where can I find more information on the Red Snapper Catch Limits Framework? 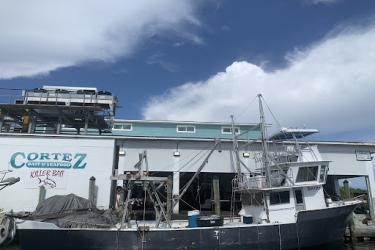 A work boat in Cortez Village. Cortez is a prominent fishing community in Bradenton, Florida. Its industry and place-based identity is an example of a community feature captured by NOAA social scientists. Credit: NOAA Fisheries/Liza Williams
Podcast