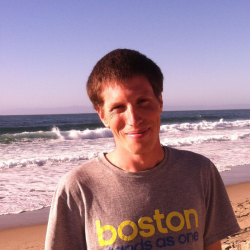 Brian was born and raised outside of Philadelphia in Swarthmore. His undergraduate degree is in conservation biology, concentrating on spatial ecology. He relied on that foundation while he served in the Peace Corps in Mexico from 2013 - 2015. Following the Peace Corps, he worked as a federal employee with the USDA NRCS East Remote Sensing Laboratory and then pursued a graduate degree in Monterey, California. Since then, he has worked as a marine spatial ecologist for the World Wildlife Fund, National Geographic Society, and Rare. Having lived in a fifth of the United States, he is currently located in the nation's capital. You have the best moment to catch him running or biking through Rock Creek Park. When not in the woods or above- or underwater, Brian can be found baking or cooking for friends (though will not be a baker on Great British Bake Off or opening his own restaurant "Free Food" anytime soon), or trying to beat them in a board game. He also enjoys breakfast diners, public libraries, and used bookstores!