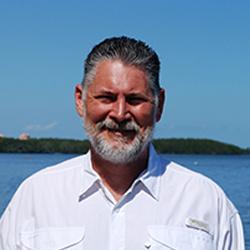 Dr. Porch has held various positions with the agency for more than 25 years, winning multiple awards for his leadership and administrative capabilities. He has served as a member of the Science Center’s leadership team since 2006. He has overseen population assessments and research for vitally important domestic fish populations in the Gulf of Mexico and Caribbean, as well as some in the South Atlantic and internationally for the International Commission for the Conservation of Tuna.

Clay is featured in the center's Faces of the Southeast Fisheries Science Center series. Read more about Clay Porch.