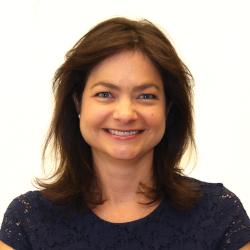 Chief of Staff for Science Planning and Operations

Erica Rule is the Chief of Staff for Science Planning and Operations at the Southeast Fisheries Science Center.

Erica Rule began her federal career at NOAA’s Atlantic Oceanographic and Meteorological Laboratory (AOML) in Miami, Florida, in 1999. While there, she grew an outreach and education position into a broad communications portfolio serving the most scientifically diverse laboratory in NOAA Research. During her AOML tenure, Erica became skilled at communicating the value and impact of research spanning hurricanes, coral ecosystems, ocean acidification, ocean observing systems, climate studies, and coastal oceanography. In addition to leading the lab’s public affairs, digital communications, and corporate communications, Erica implemented AOML’s laboratory research review process, strategic planning process, and Congressional and stakeholder engagement. She worked in close coordination with the laboratory’s leadership to help ensure coordination and clear communication of AOML’s programs throughout NOAA's Oceanic and Atmospheric Research (OAR) and the agency.

In 2018, Erica graduated from NOAA's Leadership Competency Development Program, during which she completed two details in the National Ocean Service, as deputy superintendent of the Florida Keys National Marine Sanctuary and deputy director of the U.S. Integrated Ocean Observing Program. Erica also completed the Department of Commerce’s Aspiring Leaders Development Program in 2010, during which she enjoyed a detail at the Southeast Fisheries Science Center in the Operations, Management, and Information Division. She is also a recipient of the Department of Commerce Silver Medal award in 2015 for her support of the first Unmanned Aircraft System flight into a hurricane. Erica earned a Master’s degree in Marine Affairs and Policy from the University of Miami’s Rosenstiel School for Marine and Atmospheric Science (1999), and a B.S. in Biology from the University of Mary Washington (1997).