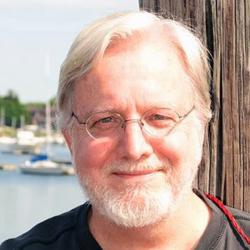 Gary’s terminal degree is in Phycology – the study of algae – but he always has worked at the intersection of phytoplankton and the bivalve mollusks — such as oysters, clams, scallops, and mussels — that derive their nutrition from phytoplankton. Gary has studied trophic transfer of pollutants from phytoplankton to bivalves, biochemical nutrition of shellfish, and harmful-algal effects upon bivalves. Much of his research has employed a laboratory-based, experimental approach, but he also has been involved in large, multidisciplinary field studies. Gary was an early adopter of flow-cytometry for microalgal applications, and use of this technology has sparked a subsequent interest in cellular immunity in bivalves and other invertebrates. As Chief of the Biotechnology Branch, Gary has a hands-on role in several current team initiatives: 1) Nutrient bioextraction using shellfish aquaculture, 2) Probiotic bacteria for use in shellfish hatcheries, and 3) Shellfish cellular immune response to environmental variation.

Gary collaborates widely with scientists throughout the US, as well as with international partners, particularly in France and in South Korea. He has adjunct faculty appointments at several universities in the US and abroad and enjoys working with students at all levels, from middle school to post-doc, to contribute to the cultivation of the next generation of scientists.

Through memberships in the National Shellfisheries Association, the Phycological Society of America, the East Coast Shellfish Growers Association, and as editorial board member of several peer-reviewed journals (Harmful Algae, Journal of Shellfish Research, Aquaculture), Gary participates in the broader scientific community beyond the confines of the Northeast Fisheries Science Center.