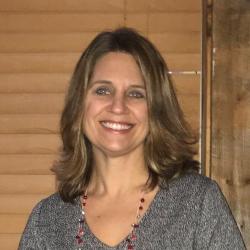 Melissa Cook earned a Bachelor’s of Science in Biology with a marine concentration from East Carolina University in 1996. She began working with NOAA Fisheries’ Southeast Fisheries Science Center first as a contractor in 1997 at the Mississippi Laboratory. She became a federal employee in 1999.

Melissa was initially hired as a member of the Reef Fish Unit and spent 14 years supporting the Resource Surveys Branch and Panama City Laboratory Life History Unit by conducting fisheries research. During her tenure with the branch, she completed a doctorate at the University of Southern Mississippi with a research focus on yellowedge grouper population dynamics. In 2010, she became one of the members of the Deepwater Horizon planning team focusing on Seafood Safety Sampling of Re-opened Areas. She held dual roles in 2011, becoming the Sea Turtle Stranding and Salvage Network’s (STSSN) state coordinator for Mississippi and serving as the Lead project organizer for the SEFSC Expanded Stock Assessment research project. In 2012, she became the center’s National Environmental Compliance Effort Project Lead and she served in this role until the final documents were released in 2020. During 2012, she also began slowly transitioning from fisheries to focusing on protected species research--particularly sea turtles. Her work has focused on sea turtle incidental captures by recreational anglers; sea turtle carcass and effigy drift studies to determine how environmental conditions influence seasonal stranding variability, and sea turtle decomposition rates and their implications toward strandings.

In late 2021 Melissa transitioned out of the state coordinator role for the STSSN after more than 11 years for the opportunity to conduct additional research. Melissa has spent her career at NOAA as the project lead for several high-level multi-year projects and conducting impactful research, producing several peer-reviewed publications and timely information for many fisheries- and protected species-related management actions.

A list of her publications can be accessed using this link.