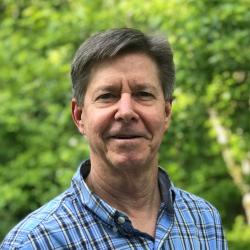 Michael Johnson has worked in the Habitat and Ecosystem Services Division (HESD) in Gloucester since 2002. Prior to working in the HESD, he worked for the NMFS Habitat Conservation Division in Miami, Florida from 1999-2002, and the State of Florida's Marine Research Institute from 1992-1999. He has experience working on a variety of marine resource issues, including coastal and ocean energy development, living shorelines, and habitat restoration. He is the GARFO HESD expert on climate change, focusing on climate effects to marine resources. Michael earned a Master of Science degree in marine biology at the University of Central Florida in 1992.