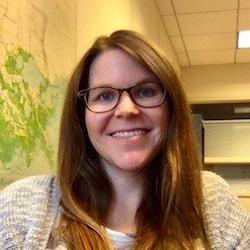 Nikki has been studying marine mammals since 1999 as an undergraduate at the University of North Carolina Wilmington where she investigated bottlenose dolphin behavior and acoustics. From there she went on to graduate studies at the University of Massachusetts Dartmouth, spending six months in Shark Bay, Western Australia gaining additional experience in dolphin behavior and acoustics, and realizing a passion for conservation genetics. This led her to pursue a Ph.D. at the University of Louisiana at Lafayette and with the NOAA Southeast Fisheries Science Center's Marine Mammal Molecular Genetics Lab (MMMGL). She completed her dissertation in 2011 on the genetic population structure of bottlenose dolphins in the U.S. Gulf of Mexico. Upon receiving a National Research Council Postdoctoral Fellowship in 2013, Nikki conducted research at NOAA’s National Systematics Lab at the Smithsonian Institution’s National Museum of Natural History. Her postdoctoral research focused on deciphering the systematic and phylogenetic relationships of dolphins within the genus Lagenorhynchus and included field work in the Gulf of St. Lawrence and the Gulf of Alaska. Currently, Nikki is back at the MMMGL as an Assistant Scientist for the Cooperative Institute for Marine and Atmospheric Studies (CIMAS). She is currently involved in multiple projects including studying the population genetics of bottlenose dolphins, pilot whales, and sperm whales in the western North Atlantic and Gulf of Mexico and using environmental DNA to investigate the endangered Gulf of Mexico Bryde’s whale.

A list of her publications can be accessed using this link.