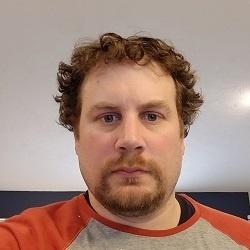 Toby Mitchell graduated from the University of Maryland College Park in 2001 with a bachelor's degree in marine biology. After graduation, he spent 8 years observing aboard groundfish vessels in both the North Pacific and West Coast Groundfish Observer Programs (WCGOP). He operated primarily out of Dutch Harbor Alaska, Newport and Port Orford Oregon. In 2011 he accepted a staff position with WCGOP as a contracted debriefer with Pacific States Marine Fisheries Commission. In 2020 he transitioned from a contractor role to a full time employee with NOAA.

As a WCGOP staff member located in Newport, Oregon, Toby has a large role in training new observers. His primary training duties include lecturing on fish identification and at sea safety, as well as administering fish identification tests and conducting at sea safety drills. When training is not being conducted, Toby is responsible for performing QA/QC on data submitted from up to 8 observers. Part of this debriefing process also includes preparing regular observer evaluations and providing monthly feedback. Toby still enjoys getting out on the water, and tries to volunteer for at least one research cruise per year. Previous cruises include the Southern California Shelf Rockfish Hook and Line survey, multiple legs on the Joint U.S. and Canada Pacific Hake Acoustic and Trawl survey, as well as several bottom trawl trips researching modified bycatch reduction devices.