Why Is Submerged Aquatic Vegetation Designated As Essential Fish Habitat? 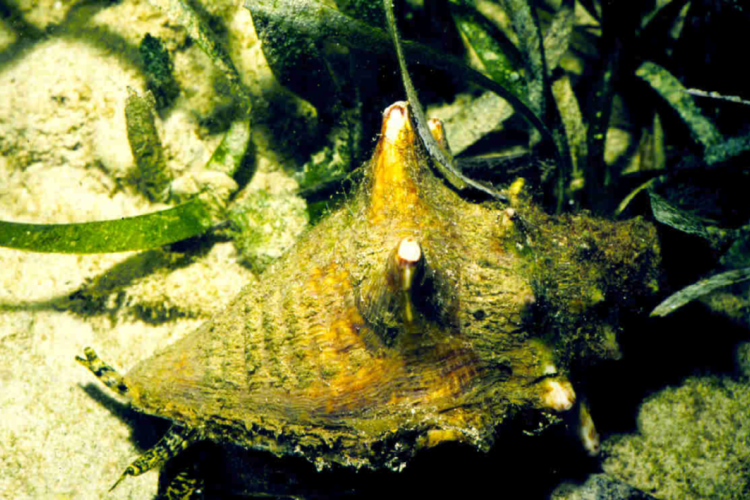 Submerged aquatic vegetation (SAV) includes aquatic grasses (seagrasses) and attached macro-algae. SAV is highly valuable habitat since it provides numerous important ecological functions that are difficult to replace; yet it is especially vulnerable to coastal development and water quality degradation. Animals are drawn to SAV for shelter and food and to reproduce. Animal abundance in grassbeds is 10-100 times more than over nearby sandy seafloora.  Almost 40,000 fish and one thousand times as many small invertebrates are supported by a single acre of seagrassa.

Commercially and recreationally important, federally-managed fisheries and many other species are dependent upon SAV for all or part of their life history including: red drum, shrimp, and spiny lobster.  SAV can be substrate on which many other organisms can grow, especially other smaller attached algae and filter-feeding animals including sponges, bryozoans, and tunicates – collectively termed epiphytes. Filter-feeders clear the water of particles and algae that compete with the SAV for light, and in turn they serve as food for baitfish and juvenile fish. 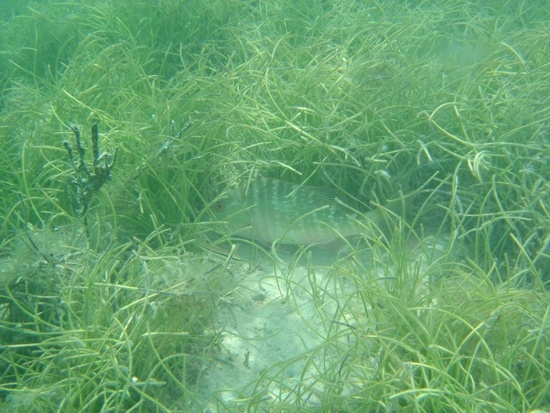 NOAA Fisheries' Habitat Conservation Division is mandated to protect essential fish habitat  by the Magnuson–Stevens Fishery Conservation and Management Act. SAV has been identified and described as EFH for select species or groups of fish and some Fishery Management Councils have identified seagrass as a Habitat Area of Particular Concern, a subset of EFH that is ecologically valuable, rare, and/or at risk.

Under the Magnuson-Stevens Act, EFH is defined as “...those waters and substrate necessary to fish for spawning, breeding, feeding, or growth to maturity”. As a result, the three fishery management councils (Gulf, Caribbean, and South Atlantic) designated SAV as EFH, important to conserve to promote sustainable fisheries.   Within the jurisdictional boundary of the South Atlantic Fishery Management Council, seagrass is a HAPC in the Snapper-Grouper Fishery Management Plan, and throughout the Southeast Region it is protected through its designation as EFH by all three councils.

Growth to Maturity: Red drum, gag grouper, and flounder utilize seagrass as nursery areas.  Grunts are seasonal visitors to SAV.  Penaeid shrimp and spiny lobster post-larval development occurs within estuaries and SAV, where they are protected from predation.

Feeding: Some fish, queen conchb, and crustaceans eat macro-algae and seagrass as a major component of their diets. However, most SAV-dwellers eat what is on seagrass blades and in seagrass beds. Snappers, flounder, and reef fish consume worms and smaller fish (like pinfish) while foraging amid seagrass blades.  Juvenile bonnethead and blacktip sharks, adult bull and nurse sharks, and smalltooth sawfish all hunt in seagrass beds – particularly at night. 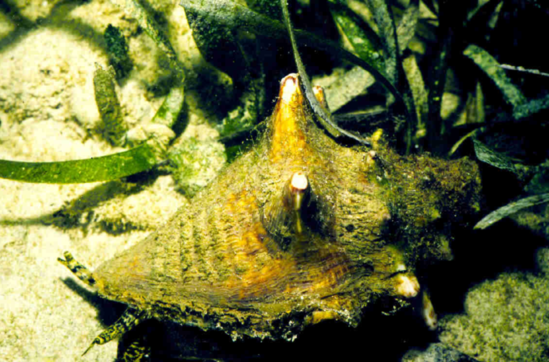 HCD enables SAV conservation efforts through the EFH consultation process with other federal agencies, such as the United States Army Corps of Engineers.  Federal agencies are required to consult with HCD when their activities would adversely affect EFH, including permits and licenses they may issue.  Examples of these activities include port expansions, commercial marinas, and channel dredging.  HCD reviews these activities, and others, to determine if EFH is adversely impacted, and recommends to avoid, minimize, or mitigate any SAV impacts.  The HCD gives greater scrutiny to projects affecting EFH which is also an HAPC.

Aerial photo of the 308-acre marsh creation area at Cameron Meadows. The containment dikes have been constructed and the marsh fill will commence in September 2021. Credit: Lonnie G. Harper & Associates, Inc.
Feature Story