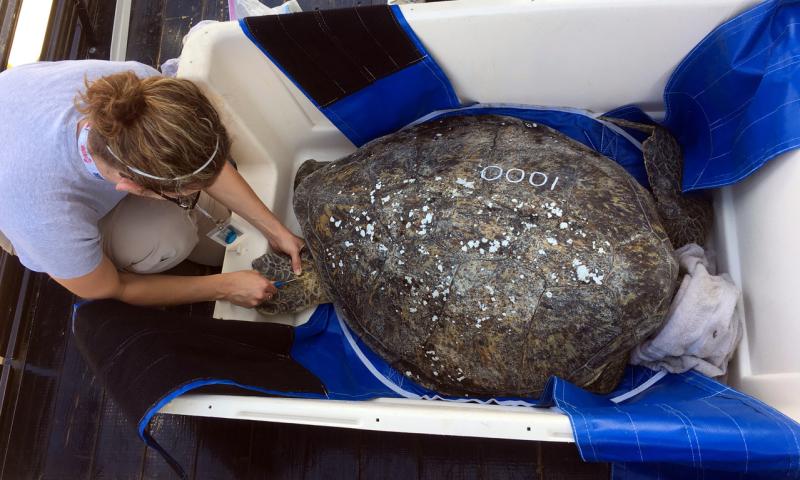 This 1,000th rehabilitated adult male green sea turtle was stranded on a beach on Maui with injuries resulting from fishing line entanglement. The Maui Ocean Center Marine Institute rescued the turtle and then it was transported to the NOAA Inouye Regional Center in Honolulu. A team of NOAA veterinarians and researchers examined the turtle and deemed it necessary to amputate its damaged front flipper. Then, they returned the turtle to Maui for release into the wild. Unfortunately, fishing gear related injuries and deaths are increasing in Hawaiʻi.

NOAA Fisheries reminds everyone that sea turtles are protected under State and Federal laws. Life-threatening interactions include nearshore hook-and-line fisheries and boat strikes. Human disturbance can also cause stress to foraging or basking turtles.

How can you help? There are three primary ways to support continued conservation of Hawaiian sea turtles: 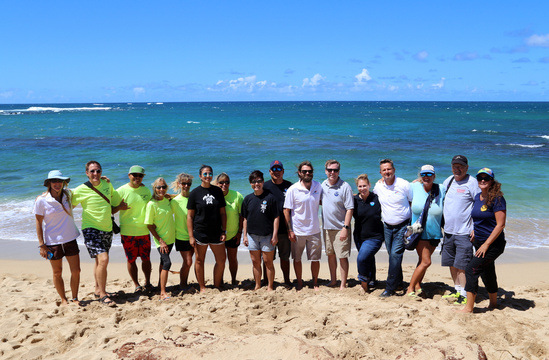 The group of researchers and biologists from NOAA Fisheries and the Maui Ocean Center Marine Institute work together to recover and protect sea turtles (Photo: NOAA Fisheries/Irene Kelly).