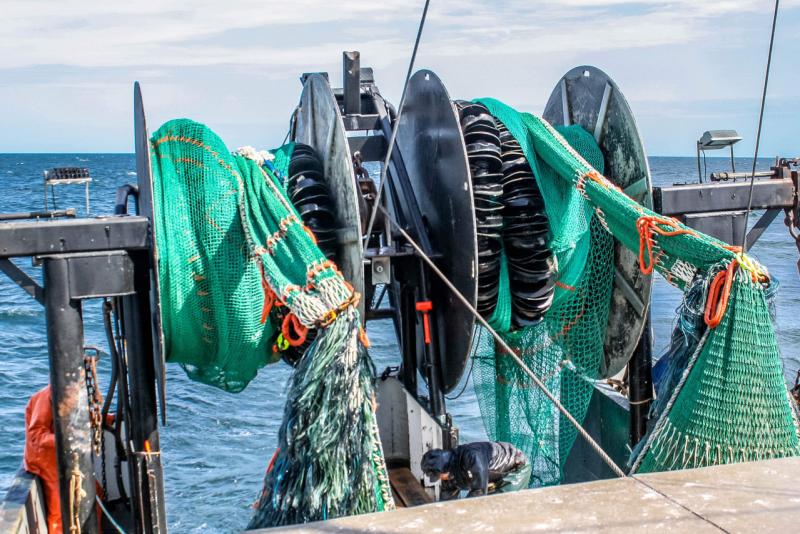 The 2019 twin-trawling experiment aboard the F/V Karen Elizabeth in late September tested scientific survey net performance at different "spreads"—or how widely the net is open. The differences in capturing fish at different water depths can be attributed to that spread. They found subtle differences between the two options.

In a twin-trawl study, one vessel tows two trawl nets as closely together as possible through the same body of fish at the same time. This makes the two samples comparable. In this study, one net had a constant opening while the other tested various openings.

Both nets were otherwise the same, and are the survey nets and rockhopper sweeps used on the NOAA Ship Henry B. Bigelow twice-yearly bottom-trawl survey since 2009. "Sweeps" are the gears attached along the bottom of trawl net openings that help target different types of species on different types of bottoms. Rockhoppers are big rubber disks that help a trawl net more easily tow over rocky bottom.

The four fish targeted in the study were flatfish:

This net-spread study follows three earlier survey gear efficiency studies conducted on the F/V Karen Elizabeth, a 78-foot western-rigged stern trawler out of Point Judith, Rhode Island. The Northeast Trawl Advisory Panel recommended these studies. They are a joint advisory panel for the Mid-Atlantic and New England Fishery Management Councils that is composed of fishermen, scientists, and managers. 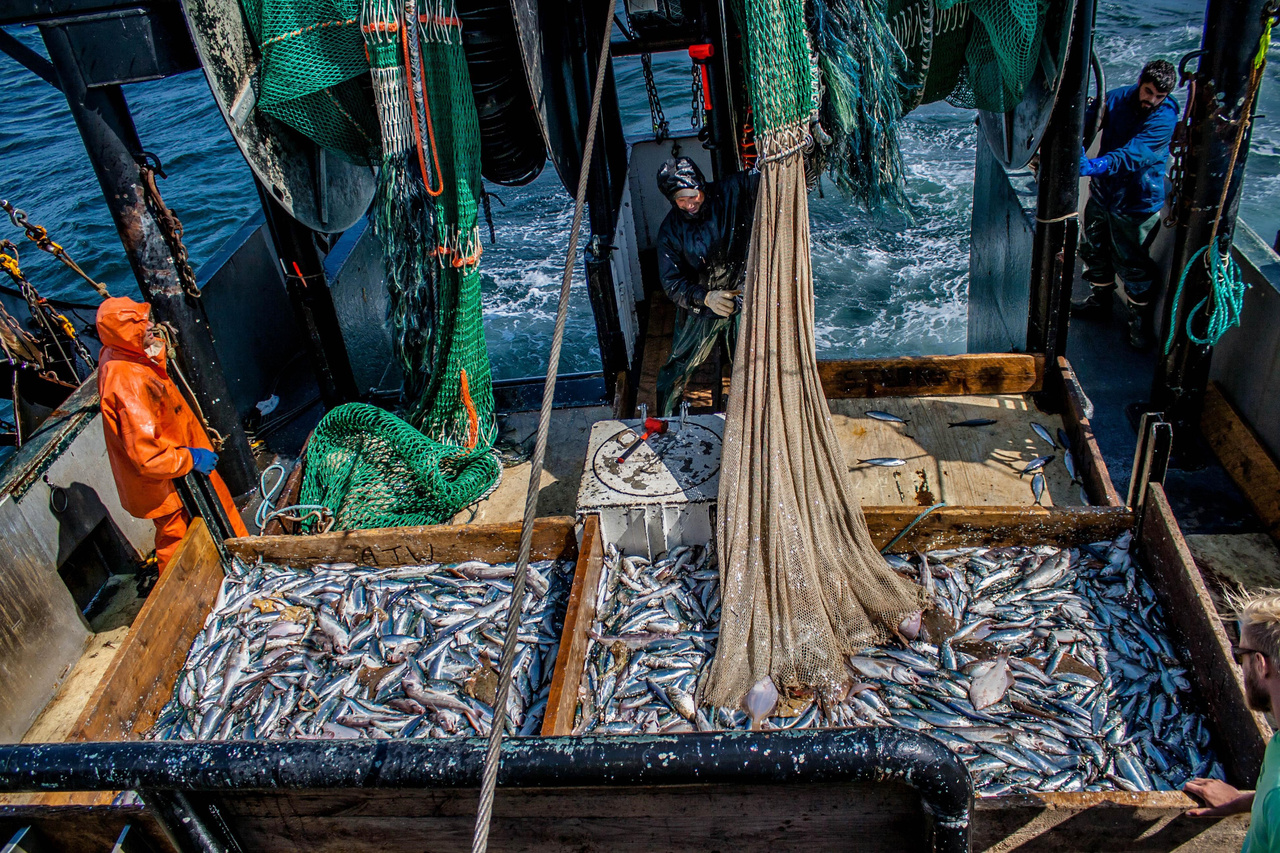 Northeast Fisheries Science Center scientists and the fishing industry are both interested in better understanding the catch efficiency of standard bottom trawl survey fishing gear. This will help improve stock assessments. "Catch efficiency" is a measure of how completely the net captures all the fish in its path. This study arose to address questions raised by the Northeast Trawl Advisory Panel about Bigelow net underspread in shallower water, as well as a net overspread in deeper water.

The ideal geometry for the Bigelow net spread is 13 meters, so the control trawl for the twin-trawl experiment was set at 13 meters (roughly 42 feet). Tests were conducted for tows with different spreads:

The study team included captain Chris Roebuck and his four-person crew, staff from the Northeast Fisheries Science Center, and the Rhode Island Department of Environmental Management. The vessel made two trips, the first September 12-19 and the second September 23-28. 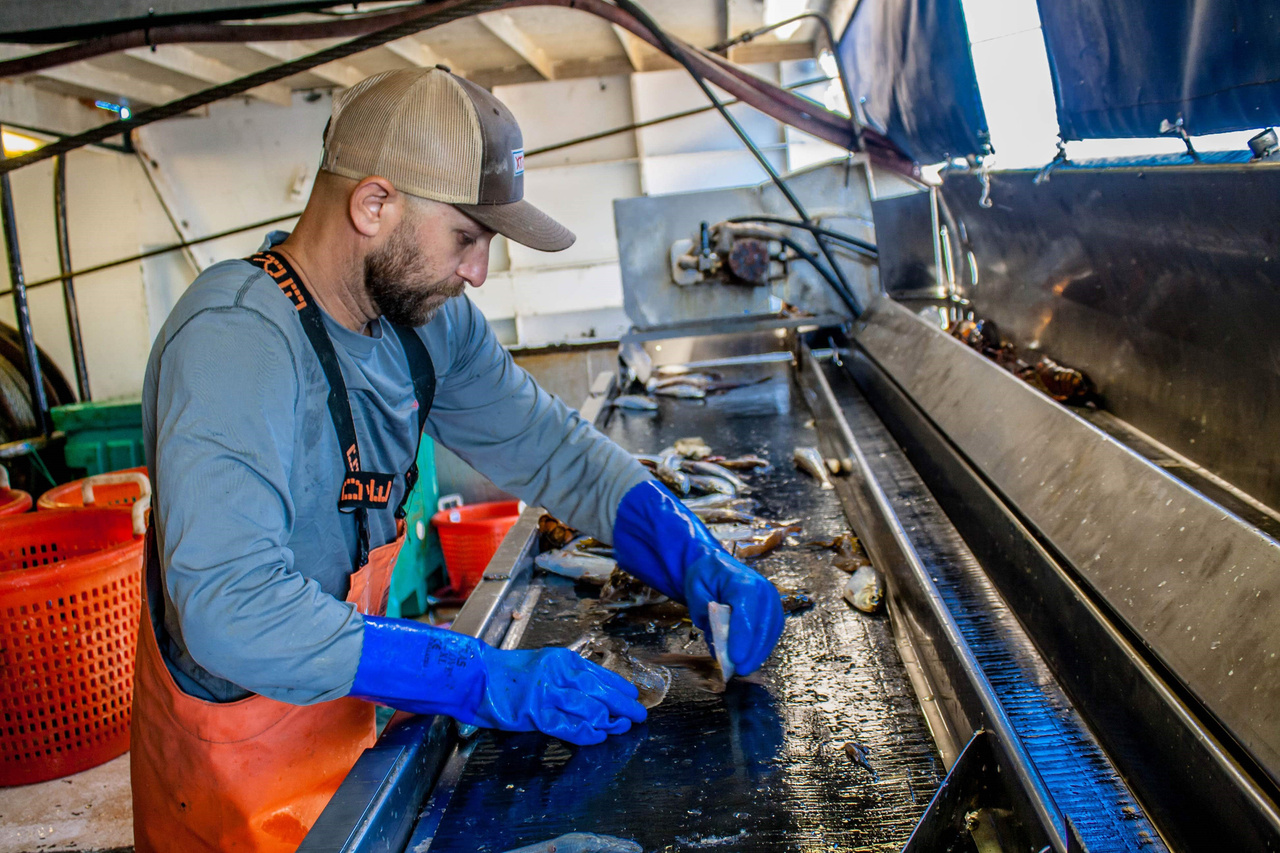 The team targeted flounders in Southern New England from Block Island to south of Nantucket, and American plaice and witch flounder in the western Gulf of Maine to north of Cape Ann. In all, the vessel completed 170 paired tows, catching 6,082 kilograms (13,408.5 pounds) of fish targeted by the study.

As in previous sweep efficiency studies, the team followed many of the data collection protocols used during the federal spring and fall bottom-trawl surveys. Those include:

The team conducted operations around the clock. They sorted, weighed, and measured target species and other flatfish. Then they returned the fish to the ocean as quickly as possible to improve chances that the fish would survive.

During the 2017 sweep efficient study the difference in catches between a chain sweep and the Bigelow’s rockhopper sweep were visibly significant. This year’s net-spread study revealed more subtle differences. 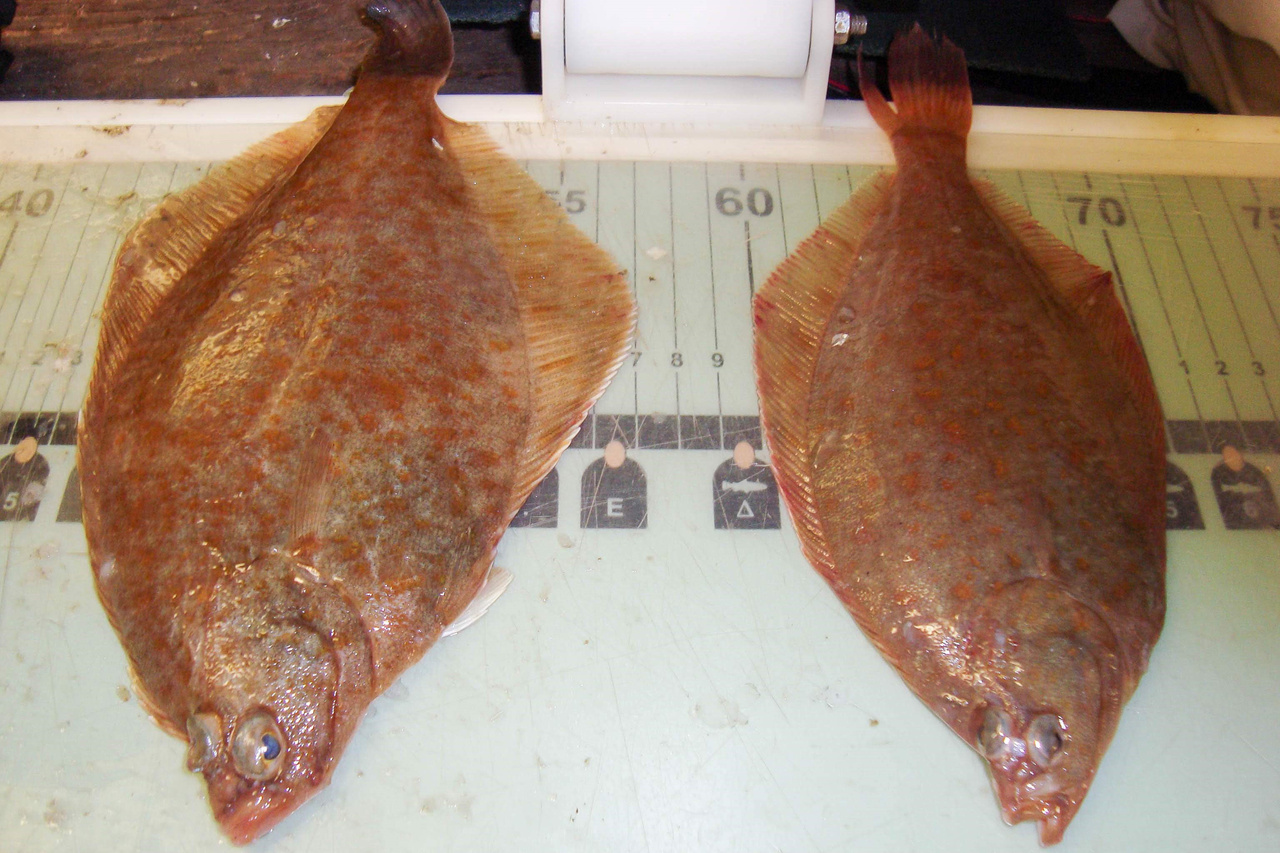 Yellowtail flounder are usually right-eyed, but these two unusual specimens caught on the net-spread study have eyes on their left side. Photo: NOAA Fisheries

“We did 170 tows in 14 days, and collected a lot of data,” said Chris Roebuck, captain and owner of the Karen Elizabeth. “We were looking for a very subtle difference. Based on the preliminary data, the good news is that the catch rates generally aligned with the net spreads. It was a good experiment, and we got to the bottom of the issue.”

Roebuck hopes researchers will use data from studies like this in stock assessments going forward. “The assessments are a complicated process, and hard for some in the industry to understand, especially since it moves far slower than the reality of fishing. In the end, we all want the same thing: catch advice that matches what we see in the water.”

Russell Brown, chief of the Population Dynamics Branch at the Northeast Fisheries Science Center, is in charge of the center's stock assessment effort. He agrees with Roebuck: “Cooperative research on bottom-trawl survey gear catchability provides important information that helps us to ground truth stock assessment models, and in some cases develop direct estimates of stock biomass," Brown said. 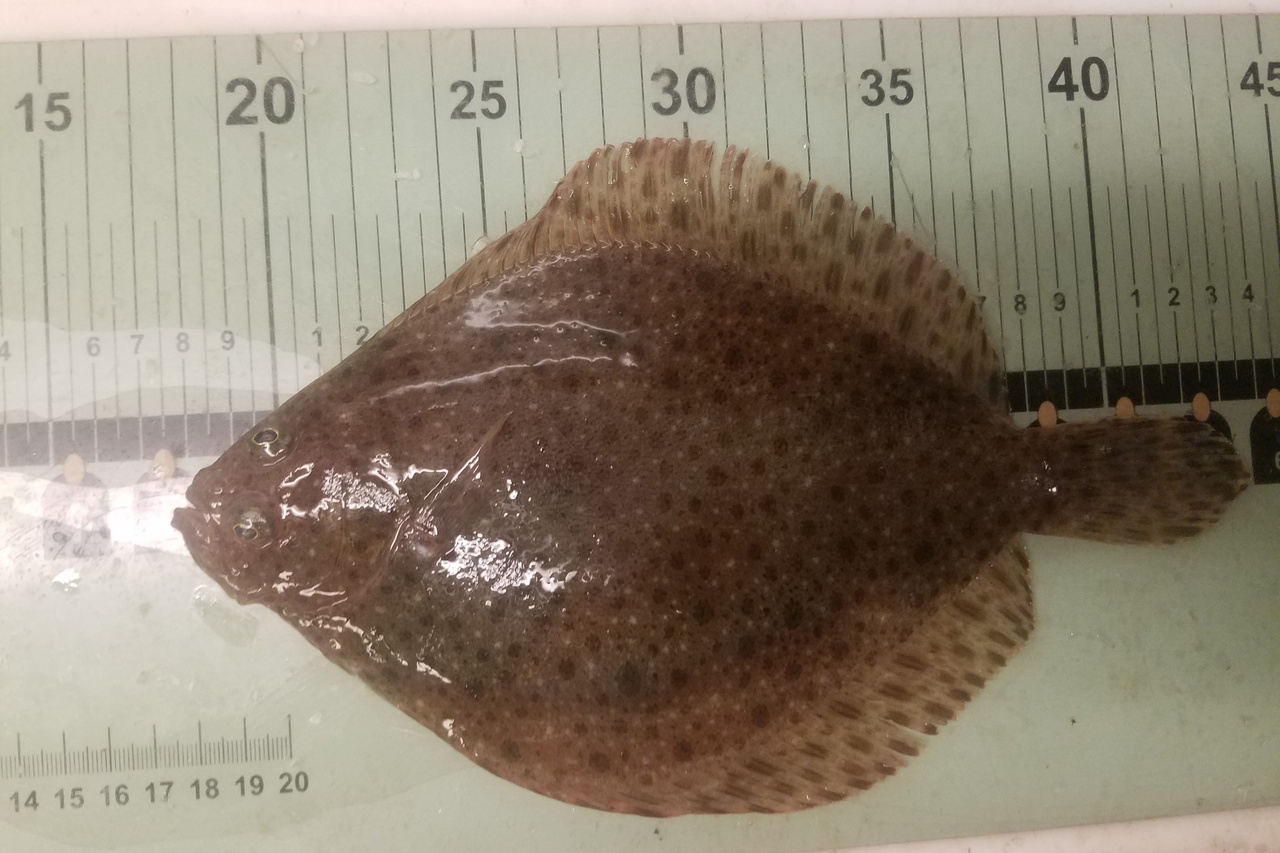 Windowpane flounder, also known as sand dab flounder, was one of the target species in the study. Photo: NOAA Fisheries

The net-spread study is just one example of how the Northeast Fisheries Science Center can use cooperative research to address research questions through collaborations with commercial fishermen like Chris Roebuck.

“The more we can engage with commercial fishermen and use their knowledge to develop and implement research experiments the better we can understand the ecosystem,” said Anna Mercer, chief of the Cooperative Research Branch. “The work we do across the center can benefit from sharing expertise to tackle questions of mutual interest. This experiment was a perfect example of center staff, commercial fishermen, and partner agencies coming together to make it happen. It’s an approach that we can use in many ways across the region.”