NOAA&rsquo;s Office of Law Enforcement in Alaska regularly sees illegal activity related to the transferring and selling of recreational caught fish in other states.

&ldquo;It&rsquo;s a big issue with halibut especially, but it&rsquo;s also salmon and 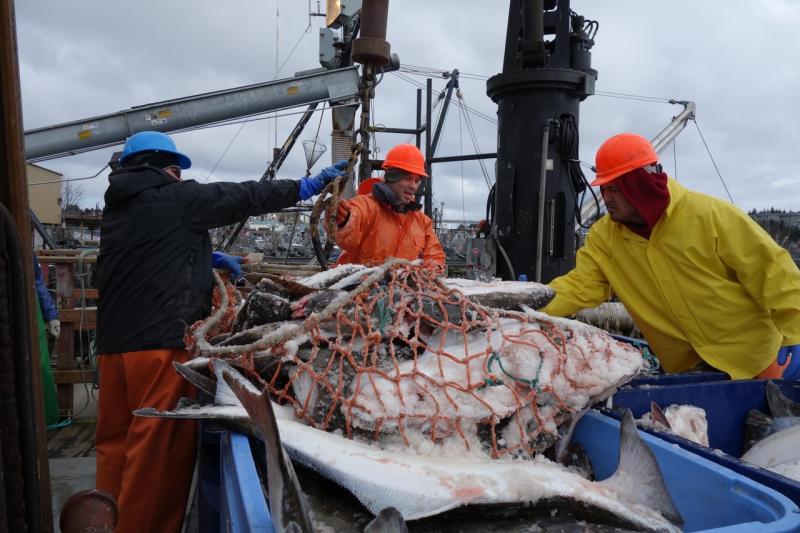 NOAA’s Office of Law Enforcement in Alaska regularly sees illegal activity related to the transferring and selling of recreational caught fish in other states.

As a prime location for vacationing and fishing, it’s become a regular enforcement activity for Alaska agents and officers to engage in Magnuson-Stevens Act and Northern Pacific Halibut Act based investigations. In fact, in fiscal year 2015 nearly 95 percent of OLE-Alaska’s investigations were related to these two laws.

One such incident involved a Virginia-based seafood restaurant and the illegal sale of 73 pounds of sport caught halibut.

While vacationing in Petersburg, Alaska, John Graham II legally harvested sport-caught halibut. Graham then transported the halibut to his home in the state of Virginia, and attempted to sell the seafood product in his business, The Hampton Seafood Market.

“Ensuring halibut harvested by sport methods are not sold in black markets is critical to the integrity of the federally managed sport, subsistence, and commercial halibut fisheries,” said Will Ellis, the assistant director for the OLE Alaska. “The act of selling the Alaska-caught halibut is a direct violation of the Northern Pacific Halibut Act, which states ‘no halibut caught by sport fishing shall be offered for sale, sold, traded, or bartered.’”

It took one week from the time the investigation began until NOAA’s General Counsel Enforcement Section (GCES) issued a Notice of Violation and Assessment (NOVA) civil penalty in the amount of $4,000.

Graham was cooperative and immediately took responsibility for his transactions, Mathews explained, adding that not all cases are simple, nor are suspects as revealing and helpful in the interview and investigative process.

“Some people are taking massive quantities of fish,” said Mathews. “It hurts the sustainability of the species.”

Ellis added, “We want to make sure there’s a fair and balanced playing field for all fishermen. Our fisheries, especially halibut, are highly regulated. And OLE is dedicated to ensuring that commercially sold halibut come from authorized individual fishing quota permit holders.”

Anyone with information about illegal fishing activities is urged to contact the OLE hotline at 1-800-853-1964.