The Bering Sea has been changing colors in recent decades. What does it mean for the ecosystem? 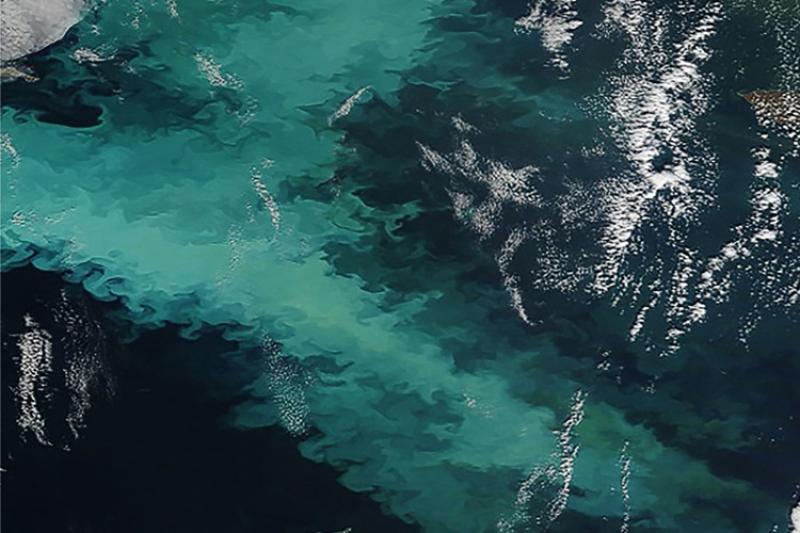 This week NOAA Fisheries scientists hope to witness the changing colors of the Bering Sea as they investigate why it happens and what it means for the ecosystem that supports the Nation’s biggest fisheries.

In the summer of 1997, for the first time anyone could remember, a vast swath of the deep blue Bering Sea turned milky turquoise. That year 190,000 seabirds died of starvation.

The colorful transformation repeated for the next few summers before diminishing to less intense blooms. Then, in 2014, the phenomenon returned on a large scale – and with it, another massive seabird die-off.

The culprit in the color change—and suspect in the seabird deaths—is a tiny drifter called a coccolithophore. These single-celled marine plants live in oceans around the globe and play a vital role in regulating atmospheric carbon dioxide. But under certain conditions, their numbers can skyrocket locally into enormous “blooms” that cloud the waters with potentially catastrophic consequences for other marine life.

Exactly what those conditions are, why they suddenly set in 20 years ago, and what they portend for the Bering Sea ecosystem is still a mystery.

To begin to answer these questions, NOAA scientists are tracking late summer coccolithophore bloom extent from 1998 to 2016 using satellite color data. They are comparing this index with ocean conditions and looking at possible implications for forage fish and predators.

The study was initiated by oceanographers Lisa Eisner of the Alaska Fisheries Science Center and Carol Ladd of the Pacific Marine Environmental Lab after finding themselves in the middle of a bloom during a Bering Sea research cruise. “I was amazed to see how extensive the bloom was, and the dramatic color,” says Eisner. “I wanted to know, why is it here, and what is its impact?”

Chalk It Up to Coccolithophores

Coccolithophores color the water because they are covered in chalk. Unlike any other marine algae, coccolithophores armor themselves with plates of calcium carbonate—chalk. They shed multitudes of these tiny white discs, called coccoliths, into the surface water, where they linger long after the coccolithophores are gone. The plates reflect light the same way coral sands do in shallow Caribbean waters, with similar, shimmering turquoise results.

Stunning visual effects notwithstanding, coccolithophores can wreak havoc on the ecosystem. Eisner describes two ways that blooms can impact the Bering Sea ecosystem:

Because coccolithophores are so small, only very tiny predators can eat them. Every time one creature eats another, it gets only 10% of the nutritional value of its prey. When the food web starts very small with more creatures eating others on the way to the top, less nutritional value is left by the time it gets all the way up the long food chain to top predators like fish, seabirds, and mammals—including humans.

Coccolithophores normally thrive under low-nutrient conditions in calm waters – not those typical of the stormy, richly productive Bering Sea, famed for its bountiful fisheries.

To find out why coccolithophores are blooming there now, where they start, and what conditions trigger blooms, Eisner and Ladd’s teams are comparing bloom extent with water temperature, nutrient levels, and water column stratification. In calm, stratified water, nutrients tend to be depleted near the surface where light is available for growth. If the water column is mixed by wind, nutrients are replenished in surface waters. 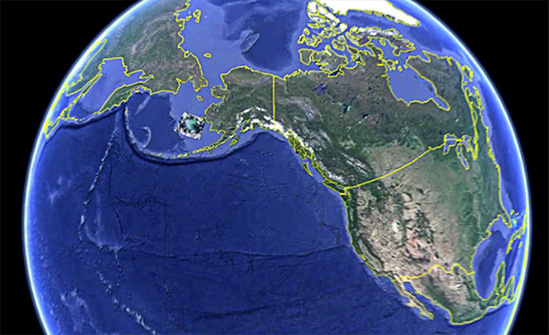 “We were surprised to see blooms in both warm and cold years, since they were thought to be a warm year phenomenon. We expected coccolithophores to do best with low nutrients, but found an unexpected positive relationship with slightly higher nutrients,” says Eisner. However, she points out that all of the samples were taken during relatively low nutrient conditions typical of summer in the Bering Sea.

Eisner notes that there are limitations to the data they are working with. “We can see the area covered by the coccolithophore bloom, but we can’t tell how dense it is. Also you don’t see the color until coccolithophore populations reach bloom levels. That makes it hard to find out what conditions get them started. Finally, sometimes the color is caused by leftover coccoliths, not the living cells, lingering in the water. They still affect visibility but cannot be eaten so they would not be part of the food web.”

Eisner has future plans to pin down the elusive conditions that trigger coccolithophore blooms in the Bering Sea. “We are collaborating with leading experts on coccolithophores from the Debora Iglesias-Rodriguez Lab at the University of California Santa Barbara. Through this collaboration we want to take samples spring through fall to watch the bloom from beginning to end, and hope to bring living coccolithophores back to the lab from the cruise this fall to see how temperature, nutrients, and light affect growth. Once we understand what causes the blooms, we will be able to predict and mitigate their effects on Bering Sea marine resources.”