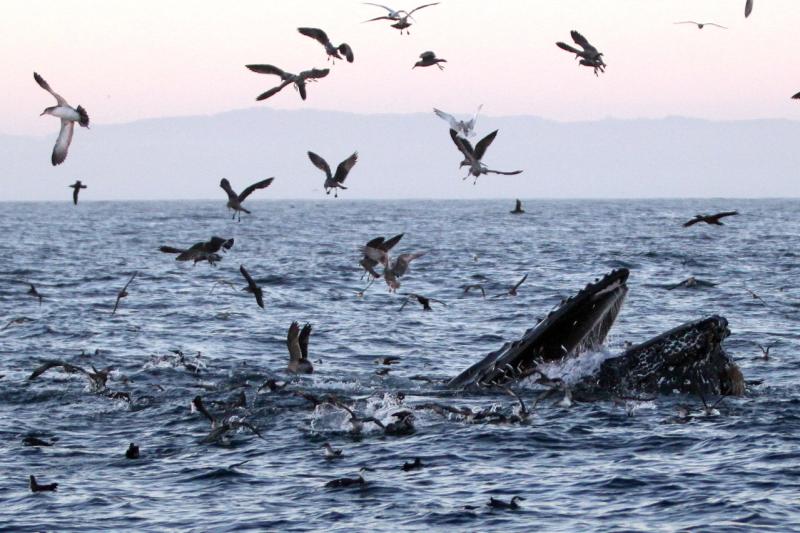 The findings reflect a new management challenge brought about by a changing climate, recovering whale populations, and fishing pressure, according to the new research published in Nature Communications. The situation calls for new measures that alert fishermen to the risk of entanglements and help managers adjust to more rapid and frequent changes in the marine environment.

“We need to put information in the hands of those who can use it, at a time when it can make a difference,” said Jarrod Santora, a research scientist at NOAA Fisheries’ Southwest Fisheries Science Center (SWFSC) in Santa Cruz, California, and lead author of the research “We are seeing changes coming at us in ways they never have before.”

Santora and his colleagues are developing a website that will use oceanographic data to forecast the areas where whales are most likely to be feeding off the West Coast. Crab fishermen could then use the information to help decide where—and where not—to set their traps. It may also help managers decide where and when to open—or close—fishing.

The new research teases out the ecological causes and effects that contributed to the spike in reported whale entanglements. Many involved traps set for Dungeness crab, said Nathan Mantua, a research scientist at the SWFSC and co-author of the research. Reported entanglements have since dropped off but remain higher than before the increase.

“We had all these things that weren’t part of anyone’s experience come together in this remarkable three-year period,” he said. 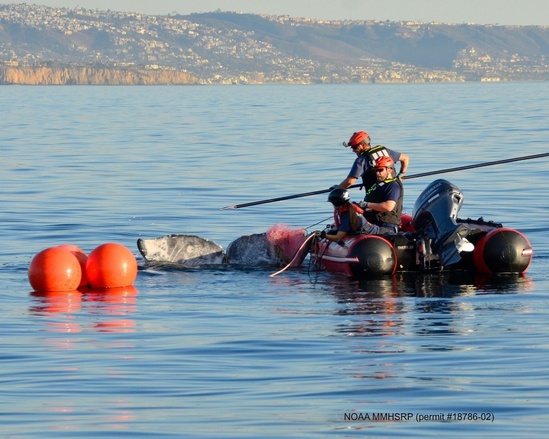 A trained team works to free an entangled gray whale off the coast of Orange County, California, in December 2017. CREDIT: NOAA Fisheries/MMHSRP.

“If the working group knew then what we know now, it wouldn’t have happened,” said John Mellor, a crab fisherman from San Francisco, referencing the increased entanglements. “The more we understand the whole picture, the better chance we have to mitigate the impacts.”

The driver behind many of the environmental changes was an unprecedented marine heatwave that took hold in 2014. It became known as “the warm Blob,” because of the large expanse of unusually high temperatures that dominated waters off the West Coast. The warm temperatures attracted subtropical species rarely seen in the region. The krill that humpback whales typically feed on grew scarce.

The whales switched to feed instead on high concentrations of anchovy that the warm, less productive waters had squeezed into a narrow band near the coast.

At the same time, the higher temperatures fueled a record bloom of toxic algae. It shut down crabbing on the West Coast from November 2015 through March 2016. When toxin levels eased and the Dungeness season finally opened, fishermen set multitudes of crab traps in that same narrow band where many whales were feeding.

NOAA Fisheries’ West Coast Region confirmed a then-record 53 whale entanglements in 2015 and 55 in 2016.

The scientists developed a new measure for ocean conditions called the Habitat Compression Index. It tracks the width of the productive band and how tightly species are coalescing there.

Research Biologist Karin Forney, also from the SWFSC and a coauthor of the research, lives in Moss Landing, California. She has a view of Monterey Bay and has long seen occasional humpback whales feeding just offshore. During the “the Blob” years, she would regularly see 30 to 40 whales from her front windows. Local whale watch boats made two to three trips a day to keep up with the demand.

Some 300 whales were counted at once in Monterey Bay.

“In our lifetimes living here, that was unprecedented,” she said. “We knew something dramatically different was pulling these whales closer to shore.”

She is also part of a NOAA team trained to free entangled whales. 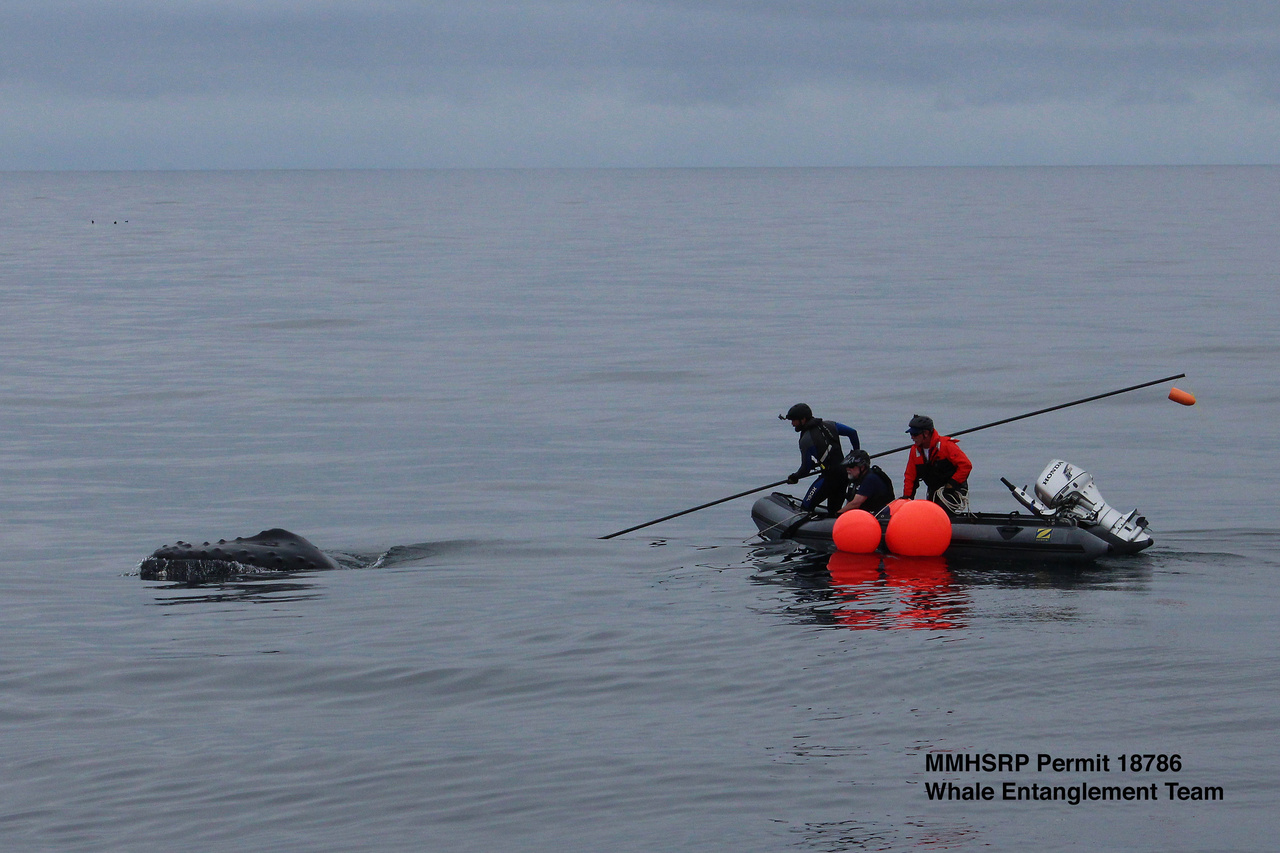 “We were on call every day for weeks, with simultaneous reports of two or three entangled whales, so we could respond if they were sighted again,” she said. The team disentangled a few, while others were never seen again.

The lesson of the research, Forney said, is that scientists and fishermen must share information. They can help each other understand how complex environmental connections affect marine species and fisheries. Communication may be one of their most important tools as environmental changes come ever faster.

“Things are dynamic, and things are changing,” she said. “That is not going away.”